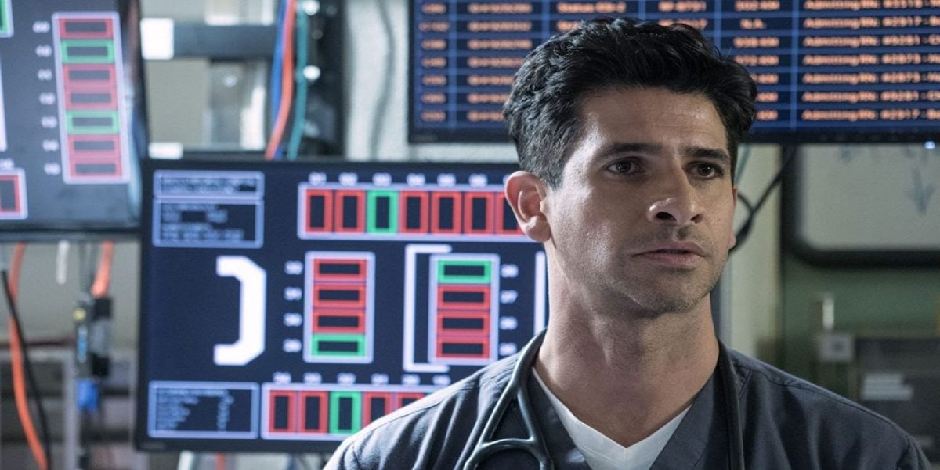 Raza Jaffrey is an English actor and a singer who is well-known for portraying the role of Neal Hudson in the American medical drama television series, ‘Code Black’. He has also gained massive popularity for playing the role of Zafar Younis in the British television spy drama series, ‘Spooks’.

Jaffrey was born on 28 May 1975 in Liverpool, England to his mother, Joan Bradshaw, and to his father, Hyder Jaffrey who was an Indian sea captain. He was raised by his parents in London and information regarding his siblings is not available online. Besides this, he is currently 45 years old with the zodiac sign of Gemini.

He initially wanted to join the Royal Air Force, the United Kingdom’s aerial warfare force but later decided to pursue a career in acting after applying for the Bristol Old Vic Theatre School.

Raza Jaffrey and His Career

Jaffrey gave his debut performance in the entertainment industry as a professional actor in the year 2004 when he played the role of Rashid Dhar in the British television drama movie, ‘Dirty War’ alongside Michael Sheen and Chiwetel Ejiofor.

Following this role, he played the role of Kamal Khan in the 2006 British thriller drama movie, ‘Infinite Justice’, the role of Doctor Aziz in the 2007 gangster movie, ‘Eastern Promises ’, the role of Keith Thompson in the 2008 British crime movie, ‘The Crew’, the role of father Bracken in the 2009 British vigilante thriller action movie, ‘Harry Brown’ and the role of Butler Gaurau in the 2010 American romantic comedy movie, ‘Sex and the City 2’ alongside Felicity Jones and Kyle Chandler.

Likewise, he has also made an appearance as Jake Al-Shadi in the 2016 adventure action movie, ‘The Rendezvous’, and the role of Sunal Demir in the 2019 independent historical drama romance movie, ‘Cliffs of Freedom’. His most recent work came in the year 2020 when he played the role of Proctor in the action thriller movie, ‘The Rhythm Section ’. In addition to this, he is also said to appear as Shah in the upcoming American action thriller movie, ‘Sweet Girl’.

Later, he played the role of Kareem Dobar for an episode of the 2005 British police procedural drama cop thriller television series, ‘Murder Investigation Team’, the role of Krishan in the 2005 miniseries, ‘Life Isn’t All Ha Ha Hee Hee’, the role of Lance Naik Singh in the 2008 British television movie, ‘Sharpe’s Peril’ and the role of Hari for twelve episodes of the British serial drama television program, ‘Mistresses’.

He belongs to a Muslim background but is not particularly devoted or committed to the religion or any other religion.

He has an athletic body figure with a pair of brown-colored eyes and black-colored hair.

What kinds of Awards and Nominations has Raza Jaffrey Achieved?

Raza Jaffrey was nominated by the GALECA: The Society of LGBTQ Entertainment Critics for the TV Musical Performance of the Year in the year 2013 for his work in ‘Smash’ alongside Katharine McPhee.

Likewise, he was also nominated by the Screen Actors Guild award for the Outstanding Performance by an Ensemble in a Drama Series in the year 2015 for his work in ‘Homeland’ alongside the cast.

What is Raza Jaffrey Current Net Worth?