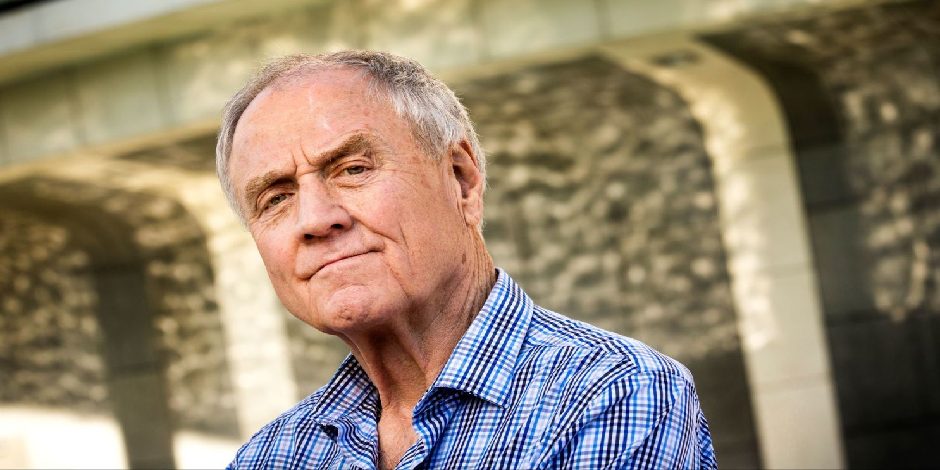 Denis Arndt is an American actor and writer. He joined the entertainment field when he was 35 years in 1974. This actor initially worked as a pilot in the Vietnam War for the US Army. Having a keen interest in acting led him to join the theatre.

Likewise, he then started his acting career. Denis is mostly known for his role in the English play ‘Heisenberg’ where he has portrayed the role of Alex Priest. Moreover, he has also played in various television series and movies.

Arndt was born on 23 February 1939 in Issaquah, Washington, United States. His family information is not known on the Internet. Moreover, he is currently 81 years old with the zodiac sign of Pisces.

Arndt has not disclosed anything about his early life. He completed his degree at the University of Washington. But we know that he is one of the members of the regional theatre Oregon Shakespeare Festival in Ashland and Intiman Theater.

Denis Arndt and His Career

Denis previously worked in the United States Army. During the time of the Vietnam War, he operated as a helicopter pilot, also was honored with a Purple Heart and Commendation Medal. Likewise, he also flew helicopters in Alaska after the ear was over.

Moreover, he had an early interest in acting so after he took retirement from the US Army, he joined the theatres and worked there as an actor.

Arndt joined the Manhattan Theater Club and started worked for them as a theatre artist. He played the English play named ‘Heisenberg; in 2013.

He played the role of Alex Priest for which he received praise for his acting. This play was written and created by Simon Stephens.

He played in various other plays in a public theatre-like ‘The Ballad of Soapy Smith’ and ‘Richard II.’ Moreover, he also worked in different other theater production like Geffen Playhouse, Seattle Rep, Arizona Theatre Company, and many more. He has also portrayed roles in ‘King Lear’ alongside Jake Picking and Ben Kingsley in the titular roles, ‘Titus Andronicus,’ ‘The Tempest,’ and many more.

Denis has played various roles in television series. He has appeared in a guest role in the legal TV series ‘The Good Fight’ in 2017 and in the medical drama television series ‘Grey’s Anatomy’ in 2005. Moreover, he also played in ‘Supernatural’ alongside Kevin Bigley and Chelan Simmons and ‘Vanished.’ Talking more, he also had also appeared in ‘Picket Fences’ and ‘L.A. Law’ in the recurring role. He has also portrayed the role of Nick McGuire in the American sitcom ‘Annie McGuire’ in 1988.

Denis married Marjorie Ann Arveson on 17 January 1957. This couple has four children named Scott, Tammy, Laurie, and Kirsten. Sadly, his wife died on 25 June 2014. He has not married anyone and is living a single life after the death of his wife.

Denis holds an American nationality and as per his ethnicity, he is White.

He is not on any social media accounts.

He has an average body with a pair of black-colored eyes and dark brown colored hair which has turned white and grey due to his increasing age.

What kinds of Awards and Nominations has Denis Arndt Achieved?

He has received the nomination for the Tony Award under the category best actor in a play for ‘Heisenberg’ in 2017.

What is Denis Arndt Current Net Worth?