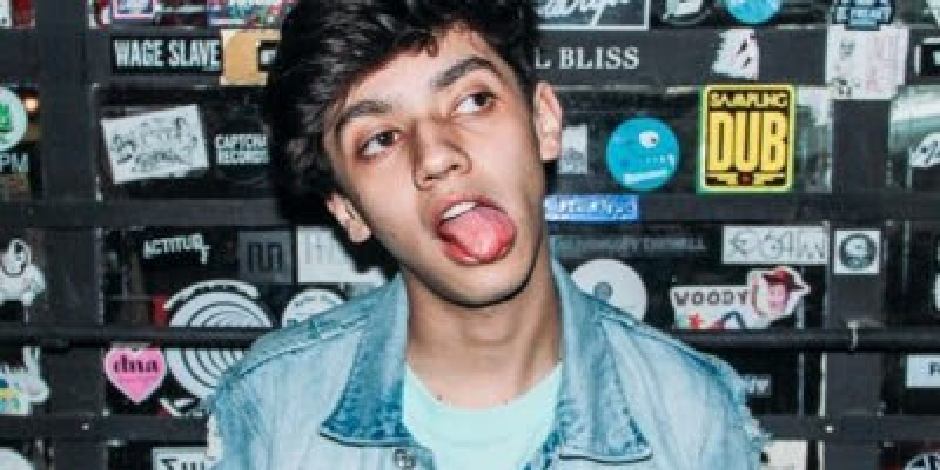 Harold Azuara is a Youtube star. He comes to the limelight after his presence in “Vine.” Azuara is also a local TV actor in Mexico renowned for TV Series La CQ.  He has also seen Benny, his co-star, in a comedy video.

You might also want to know about Frédéric Thiébaud

Harold Azuara came into the world in 1997 on January 13. He was born in Mexico. He is presently 24 years old. He was born with the birth name Brandon Harold Azuara Leguizamo. He has not shared about his family details like parents name and siblings. Harold usually posts pictures indicating her mother.

Harold has been blessed with a half-brother and a step-brother but, their name has not been revealed yet. He usually posts pictures with his family members but never mentioned their names. He wants to keep his family private and protect them.

Furthermore, he has not mentioned and talks about his educational background. Maybe he was to keep it secret. After his age, he might complete his graduation, or perhaps he left his education for his career.

How did Harold start his Career?

Azuara has also created a vine account called “Harold Benny.” He has also worked as a Mexican actor. He debuted in an acting career at a very young age in 2005. Harold Azuara has featured in TV series like La CQ in 2012, Rosario Tijeras in 2016, along Chaps in 2018.

Harold Azuara has joined a youtube channel with his co-star Benny named “Harold Benny,” which has gathered more than 2.5 million subscribers with 146,546,298 views. Their recently uploaded video of Harold and Benny is called “Podcastpocaliptico T2 E2: ‘La Tristeza’/ Harold &Benny, which gathers more than 10k views.

You might also want to know about Megan Guthrie.

Harold and Benny also uploaded the video named “Cosas Buenas y Malas de Youtube/ Harold and Benny” on June 28, 2014, which gathered more than 741,979 views. Their most viewed youtube video is “Roast Yourself Challenge/ Harold & Benny,” which was posted in August 2018 and earned 6.6 million views.

In 2013 he won the Kid’s Choice Awards for the role Monche in the renowned series La CQ.

Who is Azuara in a relationship with?

Harold Azuara is not so open about his personal life. Harold is currently in a romantic relationship with Mexican actress Fernanda Urdapilleta. The couple first met in the set of La CQ. Harold and Fernanda started dating in 2014. But looking after Fernanda’s social media, they are not together anymore.

Harold Azuara was also seen with fellow YouTuber Ixpanea before he was in a romantic relationship with Fernanda. Harold is currently single, or maybe he is hiding his partner.

He also has a youtube channel with his co-star Benny named Harold & Benny with 2.5 million subscribers. He is very engaged in the joint youtube channel.

Harold Azuara is known as a YouTuber and actor. He has started his career at a very young age. His net worth is around $1 million to $2 million approximately. His primary source of income comes from his profession.