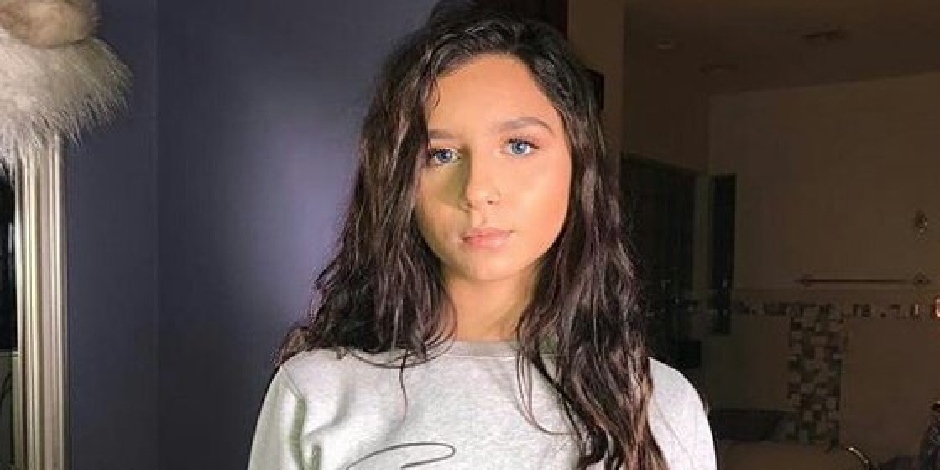 Angelise Garcia is a well-known American YouTuber and a social media influencer. She is also renowned for her rapping and singing skills. Angelise Garcia is known for the musical duo SiAngie Twins with her twin sister, Sianney Garcia. Both twin sisters are famous for their songs, youtube channel, and other concepts.

You might also want to know about Freddy Harteis

Angelise Garcia was come into the world in 2001, on April 25. She was born in Philadelphia, Pennsylvania, USA. She is recently 20 years old, according to her date of birth. She is the little daughter of Angel Garcia (Father) and Maritza Garcia (Mother). Her father is a professional boxer as a profession, and her mother is a famous Instagram Star.

Angelise was grown up with twin sisters and two brothers. Her sister name is Sianney Garcia, and two brother name are Erik Garcia and Danny Garcia. Her brother Danny is a one-time two-weight world champion. Angelise began her singing when she was four years old and competed in gymnastics.

Garcia has not revealed her high school name yet. However, it seems like she has just completed high school and joined University for further education.

How did Garcia start her Career?

Angelise Garcia and her sister, Sianney, execute their singing talent at their brother’s engagement. The audience and themselves loved their performance, so they decided to perform as a musical duo. After that, they assemble the team and name “SiAngie Twins.”

After that, they joined a youtube channel with the phrase “SianneyAngelis.” They entered the youtube channel on December 5, 2011, and gathered 388k subscribed on their channel until now.

Their first video was uploaded on December 20, 2011, as a title Drake- Shot for Me Cover 10 yrs old Angelise Garcia,” which gathered more than 135k views.

In the first video, we can see Angelise only. After that, they upload their second video on December 29, 2011, named Drake-shot for me (Cover) by 10 yrs old twins Sianney and Angelise, and it gathers almost 18k views.

You might also want to know about Annette Schnatter.

They also post Challenges videos, storytimes, QnA videos, and other content on their youtube channel. Some of their most viewed videos are Storytimes: We got kidnapped! Angie Twins Ft. Milky Woodz- Watch Me Go (official video), SiAngie Twins-Ashamed (official video), ten facts about the SiAngie Twins, Smoothie challenge, and many more who have gathered millions of views.

In 2014, they publicized their first inception single called “After School.”  Later on, their second song is “Butterflies,” has published in the same year. After that, they publish their single regularly. They are also well-known on the Tik Tok account. They usually posted their lip-sync videos and also stimulate their songs on the application.

Angelise Garcia is currently single. She is not dating anybody now. She is more focusing on her education and career rather than being in a romantic relationship. Her relationship status is single until now, and there is no information regarding her previous relationship.

In addition, they have gathered 22.1k followers on Twitter and 3.4 million followers on the Tik Tok account, and likewise, they are engaged in Facebook and Snapchat also.