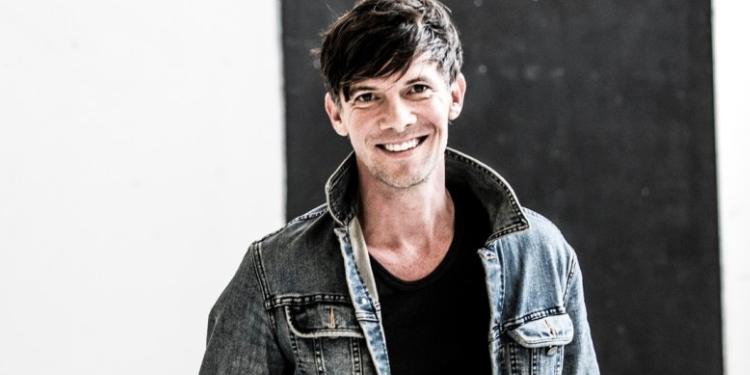 Toby Schmitz is an Australian actor, director, and also award-winning playwright. He also writes for revue and stand-up comedies. He played for many theatre companies such as Sydney Theatre Company, Griffin Theatre Company, and Belvoir St Theatre.

Toby Schmitz was born on 4 May 1977 in Perth, Western Australia. He grew up in Perth with his father Harry Schmitz and mother Elizabeth Schmitz.

He went to Perth’s Scotch College. He went to the University of Western Australia to study Law. Toby got interested in acting. In 1999, He graduated from the National Institute of Dramatic Art for the acting course. He performed several times for the Sydney Theatre, Company B, and Griffin Theatre Company during that time.

How did Toby Schmitz start his career?

Toby Schmitz started his career by being a stage actor and performing at different Theatre companies. He appeared in many movies, television series and writes plays.

Toby worked in many companies. He worked in The School for Scandal which was directed by Judy Davis. He portrayed leading roles in Hanging man, Major Barbara, The Great, Self Esteem, Rabbit, and Travesties.

You might also want to know about Ailsa Piper

He played the title role in Guthrie (2008 and 2009) for the Company B. He performed in The Lonesome West as a Coleman at Belvoir St Theatre and appeared in Strange Interlude.

Toby Schmitz wrote his first play while studying at NIDA which was titled “dreamalittledreamalittle”. It was his director’s project given by NIDA in 1998 which was restaged at Belvoir St Theatre. He wrote “Chicks Will Dig You” as a part of Company B.

Both of his writing won the Award for the best playwright. Some of his plays include Pan, Cunt Pi, Grazing the Phosphorus, This Blasted Earth commissioned by the National Institute of Dramatic Art.

Toby portrayed LEUT Dean Leiberman in Three Blind Mice, which got in the World Cinema section. He also played in the movie Griff the Invisible in 2010. He got credited in many movies such as The Rage in Placid Lake, Heaven, Solo, Emulsion, Somersault, Agoraphobia in the Desert of the Real, My Last Ten Hours With You, Right Here Right Now for being Co-executive producer and writer.

You might also want to know about Ato Essandoh

Schmitz got credited for many television series and shows such as McLeod’s Daughters, The Cooks, White Collar Blue, The Heartbreak Tour, Fat Cow Motel (ABC), Water Rats, Home and Away, and Temptation. He worked with Steven Spielberg and Tom Hanks for the production of the miniseries The Pacific.

He portrayed a notorious drug smuggler in the third installment of the Underbelly Files series of telemovies “The Man who got Away”. He organized crime figurehead, David McMillan. In 2012, he appeared in the Australian word game Handling and teamed up with Angus Sampson in season 1. In 2014, Schmitz played historical pirate Calico Jack Rackham in the Starz dramatic series Black Sails.

Toby is 43 years with an average height. He has black hair and eyebrows and a red face. He has brown eyes and small lips. His body measurement and weight are yet to be specified. He holds Australian nationality. His zodiac sign is Taurus.

Toby Schmitz got married to an Australian actress Ella Scott lynch in 2008. They have one child named Ziggy Schmitz. They both seem happy together.

You might also want to know about Colin Firth

What is the Net worth of Toby Schmitz?

Toby has a decent net worth in acting, playwriting, and directing. He is a dedicated and hardworking actor in Australia. His estimated net worth is $4 Million. He also earns from Instagram and Facebook. His yearly salary is yet to be specified.