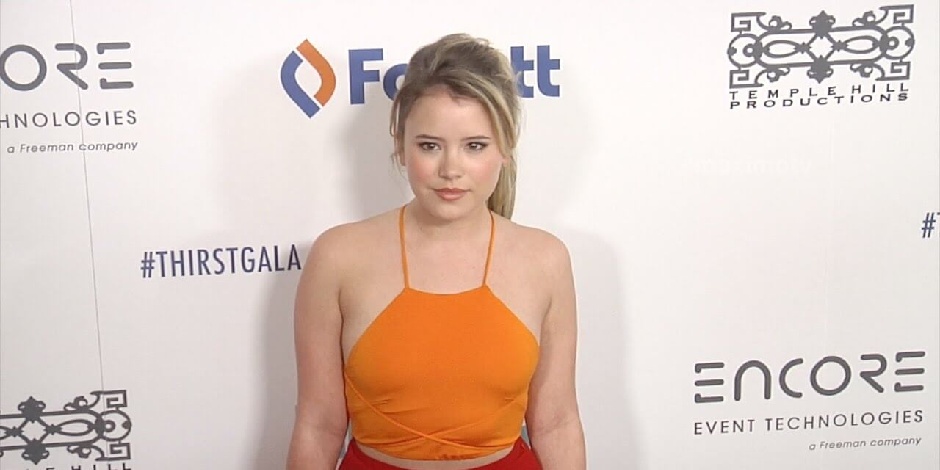 Taylor Spreitler is an actress from America. She is popular for her performance in series like “Days of Our Lives”, movies like “The Contractor” & “Leprechaun Returns”,  and situational comedy like “Melissa & Joey.”

The birthplace of Taylor Spreitler is Hattiesburg, Mississippi. She came into the world on 23rd October 1993. The current age of Taylor is 27 years old. She spent most of her childhood in Wiggins, Mississippi. Her father’s name is Danny Sprietler.  He committed suicide due to depression on 7th July 2016. The name of her mother is Denise Spreitlier.

Milestone role in the situational comedy “Melissa and Joey”

Taylor Spreitler appeared in the role of Lennox Scanlon in the situational comedy “Melissa and Joey.” Taylor succeeded to show all sides of her acting skills in this series. This series played a vital role to gain a huge fan following for Taylor.  She has shared the screen along with Melissa Joan Hart, Joey Lawrence, and Nick Robinson.

Moreover, her character of Lennox is that of a teenager independent girl, and full of assertiveness.  She does not want to live with her aunt Mel but with certain conditions agrees to it. Taylor nailed it down by completely adopting the hipster style, vocal expression of thoughts, and artsy of Lennox.

Likewise, another interesting part of the situational comedy “Melissa and Joey” was the rollercoaster ride of the love life of Lennox. The turmoil in the relationship of Lennox along with her long-time boyfriend Zander, breaks up, patches up, and cheating makes the young audience hooked to the screen.

The story of the sitcom “Melissa and Joey” revolves around Mel Burke; a local politician and Joey Longo; a male nanny for Mel’s nephew and niece. Melissa Joan Hart has portrayed the role of Mel Burke and Joey Lawrence has played the role of Longo.

The professional movie’s journey of Taylor Spreitler started from the short movie “All Souls Day” as Alice in 2007. She portrayed the role of McKenzie Chase in the movie “The Contractor” in 2013. Taylor appeared as Marissa in the movie “Amityville: The Awakening.” She was also part of the movie “Leprechaun Returns” as Lila Jenkins in 2018 and “Driven to the Edge” as Tess in 2020.