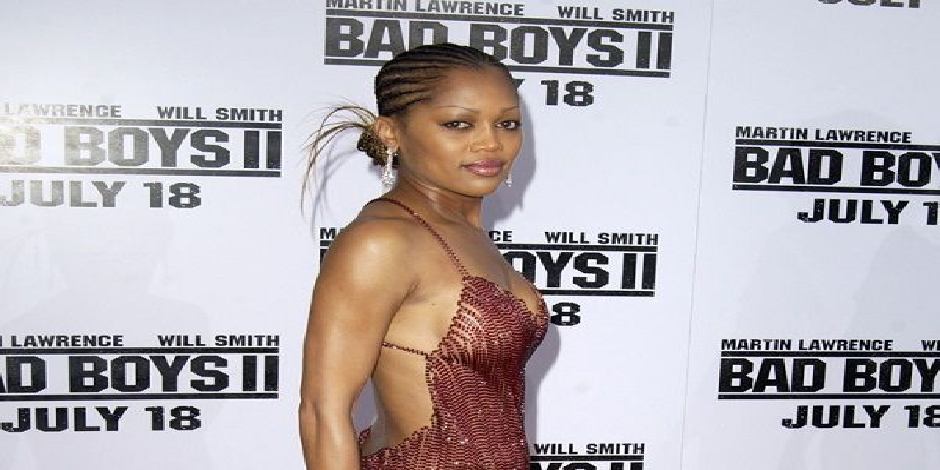 Theresa Randle is an American actress who stepped into the world of entertainment by initially starring in commercials. She worked her way up to the top and then played roles in movies like the 1992 American epic biographical drama movie, ‘Malcolm X’ where she appeared as Laura and the 1994 American crime drama movie, ‘Sugar Hill’ where she played the role of Melissa.

Besides this, she has also played the recurring role of A.D.A. Patricia Kent in the 2006 American police procedural drama television series, ‘Law and Order: Criminal Intent’ alongside Paul Spark and Will Swenson. Moreover, she played the role of Wanda Blake in the 1997 American superhero movie, ‘Spawn’ for which she was nominated by the Blockbuster Entertainment award for the Favorite Supporting Actress in the year 1998.

Theresa Randle’s full name is Theresa Ellen Randle. She was born on 27 December 1964 in Gary, Indiana, the United States to parents whose identity has not been made public by the actress. Likewise, there is no information regarding her childhood and her family either as she likes to keep her life private to herself.

However, it is known that she was raised in Los Angeles by her parents. Besides this, she is currently 56 years old with the zodiac sign of Capricorn.

Theresa Randle and Her Career

Laura was seen in the 1992 American epic biographical drama movie, ‘Malcolm X’ and as Eve in the 1993 American comedy movie, ‘CB4’.

Moreover, Theresa Randle can also be seen in movies like the 1994 American crime movie, ‘Sugar Hill’ where she appeared as Melissa.

Theresa Randle stepped into the world of entertainment and gave her debut performance in the year 1987 when she played the role of Doni in the American comedy fantasy movie, ‘Maid to Order’ followed by the role of a lady in a car in the American neo-Western horror movie, ‘Near Dark’.

Similarly, she appeared as Brenda Williams in the musical comedy-drama movie, ‘The Five Heartbeats’ and as Inez in the American romantic drama movie, ‘Jungle Fever’ both in the year 1991,

In addition to this, she has also appeared as Nagi in the 2010 short movie, ‘Ink’ and as Marion in the 2010 American experimental drama movie, ‘Shit Year’. Her most recent work came in the year 2020 when she portrayed the role of Theresa Burnett again in the American comedy action movie, ‘Bad Boys for Life’ alongside Liam Neeson and Nick Frost.

She has also lent her voice for the role of Fairlymother in an episode of the animated series, ‘The Twisted Tales of Felix the Cat’ and for the role of Sassy in an episode of the 1997 American animated sitcom, ‘Duckman: Private Dick / Family Man’. Her most recent work came in the year 2006 when she played the role of A.D.A. Patricia Kent for two episodes of the American police procedural drama television series, ‘Law and Order: Criminal Intent ’.

Theresa Randle has been in a loving relationship and has been married to Timothy Brown, an African-American rapper who is well-known by his stage name, Father MC. The couple tied knots on an unknown date and has since been blessed with a son and a daughter whose names are unfortunately not known to the public.

Theresa Randle holds an American nationality and belongs to the African-American ethnicity. Unfortunately, there is no information regarding her religious practices online.

Theresa Randle is not available on social media platforms as she likes to keep her life private to herself and away from media attention.

She has a slim body figure with a body measurement of 36-25-37 inches respectively. In addition to this, she has a pair of black colored eyes with dark brown colored hair.

What kinds of Awards and Nominations has Theresa Burnett Achieved?

Theresa Burnett was nominated by the Blockbuster Entertainment award for the Favorite Supporting Actress in the year 1998 for her work in ‘Spawn’.

What Is Theresa Burnett Current Net Worth?

As of the year 2020, Theresa Randle has an approximate net worth of $3 million.