Who is Angela Bassett?

Angela Bassett is an American actress, a director, a producer, and an activist who gained popularity after the portrayal of Tina Turner in the 1993 American biographical movie, ‘What’s Love Got to Do with It’. She has also appeared in movies like ‘The Score’, ‘Akeelah and the Bee’ and ‘Meet the Browns’. She is a nominee of the Academy Award as well as numerous other awards. She is also a winner of the Golden Globe award.

Angela Bassett’s full name is Angela Evelyn Bassett. She was born on 16 August 1958 in New York City, United States to her mother, Betty Jane Gilbert who was a social worker, and to her father, Daniel Benjamin Bassett. When Angela Bassett was just ten months old, her mother was pregnant with her younger sister D’nette Bassett and she had to live with her aunt Evelyn. Having no child of her own, Evelyn treated her nicely and was good with children. This ultimately led to Angela taking her aunt’s name as her own middle name.

She was born and raised alongside her younger sister in Harlem but unfortunately had to move to Winston-Salem, North Carolina after her parents parted ways. Besides this, she is currently 62 years old with the zodiac sign of Leo. 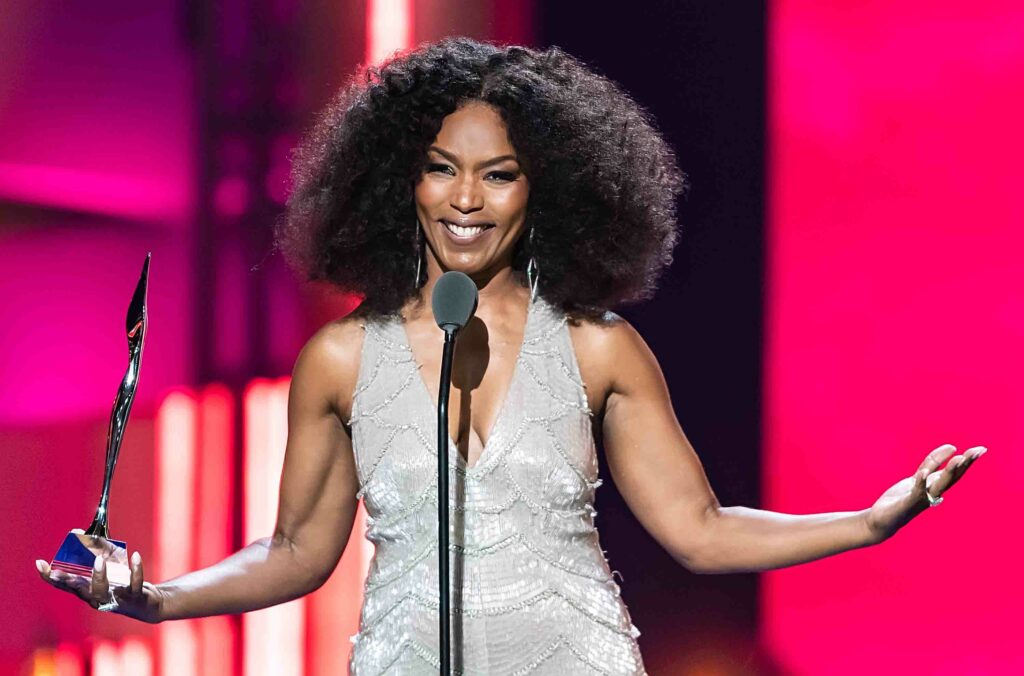 Angela Bassett holds an American nationality and belongs of African-American descent. She is a Christian and practices Christianity as her religion. Besides this, she stands at a height of 5 feet and 4 inches (1.63m/163cms) tall and weighs around 55kgs (121lbs). She has a figure measurement of 32-26-34 inches respectively and has a slim body. Moreover, she has a pair of black colored eyes with a pair of black colored hair.

Angela Bassett studied in the Jordan Park Elementary School located in Minneapolis, Minnesota before being transferred to the Disston Middle School and then to Azalea Middle School in St. Petersburg, Florida. She completed her high-school at the Boca Ciega High School in Florida where she was a cheerleader and a member of the Upward Bound college program, a federally funded educational program in the United States. For further studies, she got enrolled in Yale University situated in New Haven, Connecticut, and graduated with a Bachelor of Arts degree in African-American studies in the year 1980. For even further studies, she studied and graduated from the Yale School of Drama with a Master of Fine Arts degree in the year 1983.

Angela Bassett dated and married Courtney Bernard Vance, an actor that she met during her time at Yale. The two tied knots in the year 1997 and have also appeared together in the production of the 1940 American screwball comedy-drama romance movie, ‘His Girl Friday’ in 2005 that took place at the Guthrie Theater located in Minnesota. The couple was blessed with twins, a son named Slater Josiah Vance and a daughter named Bronwyn Golden Vance through surrogacy in the year 2006. 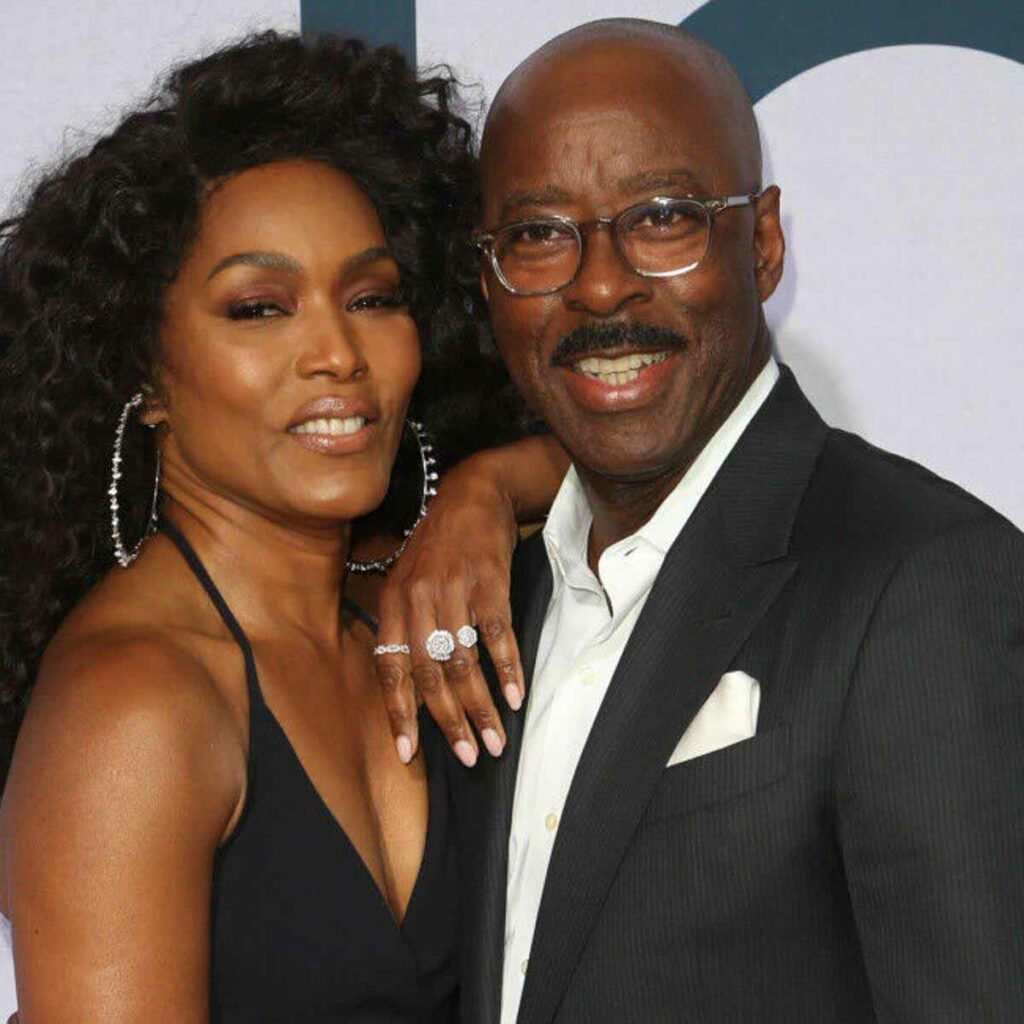 Angela Bassett stepped into the world of entertainment with a small role of a prostitute in the television movie, ‘Doubletake’ and the roles of Salina McCalla for 5 episodes of ‘Search for Tomorrow’, Joe’s daughter and Mrs. Mitchell for an episode each of series, ‘Spencer: For Hire’ and ‘The Cosby Show’ all in the year 1985. In the year 1986, she went on to play the role of a TV reporter in the movie, ‘F/X’ and Linda Thompson in the TV movie, ‘Liberty’.

She played the role of Leonie Peach in ‘Ryan’s Hope’ in 1987 and appeared in several TV series like ‘The Cosby Show’ in 1988, ‘HeartBeat’, ‘A Man Called Hawk’, ‘Tour of Duty, ‘227’ and ‘Thirtysomething’ in the year 1989. In 1990, Angela Bassett played in TV series like ‘Alien Nation’, ‘Equal Justice’ and ‘Family of Spies’, TV movies like ‘Challenger’, ‘In the Best Interest of the Child’ and ‘Perry Mason: In the Case of the Silenced Singer’ and movies like ‘Kindergarten Cop’.

She appeared in ‘What’s Love Got to Do with It’ in 1993 and received widescale popularity with the role. Likewise, she had roles in numerous movies and TV series like ‘Panther’, ‘Stranger Days’, ‘Vampire in Brooklyn’, ‘Contact’, ‘How Stella Got Her Groove Back’, ‘Our Friend, Martin’, ‘Supernova’, ‘Whispers: An Elephant’s Tale’, ‘Boseman and Lena’ and ‘Getsmart’ in between the year 1994 and 2000.

Angela Bassett made a cameo in the movie ’Avenger’s Endgame’ in 2019 when she appeared as Ramonda and also played the voice role of Shatter in the movie, ‘Bumblebee’ in 2018. Likewise, she also played the role of CIA Director Erika Sloane in the action spy movie, ‘Mission: Impossible – Fallout’ and the role of Ramonda in ‘Black Panther’ in 2018 alongside actors like Tom Cruise and the late Chadwick Boseman, Letitia Wright. 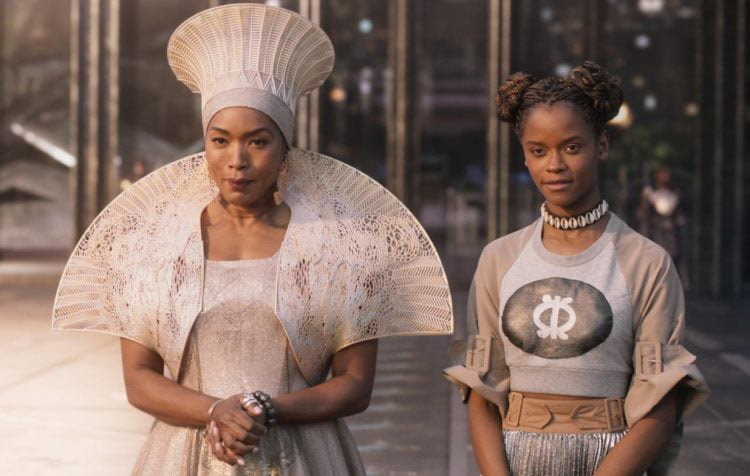 Angela Bassett won the Golden Globe Awards’ Best Actress in a Motion Picture Musical or Comedy award in the year 1994 for her work in ‘What’s Love Got to Do with It’ and Screen Actors Guild Awards Outstanding Performance by a Cast in a Motion Picture award with the cast of ‘Black Panther’ in the year 2019. Besides this, she has been awarded 14 other awards and 63 other nominations throughout her acting career.

As of the year 2021, Angela Bassett has an approximate net worth of $28 million.