Tessa Thompson is an American actress, singer. She is well known for portraying a Bianca Tylor in the sport drama movie Creed and as Valkyrie in the Marvel superhero film Thor: Ragnarok.

Tessa Lyne Thompson is an actress/producer/songwriter and singer based in America. She made her breakthrough and gained popularity from “Mississippi Damned,” where she portrayed Kari Peterson. She is also known for her role as Nyla Ambrose in “For Colored Girls.” Her popularity grew after her “Creed” performance and its sequel “Creed II” as Bianca Taylor. Thompson was also featured in the Marvel Comic Universe movies. Over a decade, the thirty-six-year-old actress has already starred in over thirty films, over 20 television shows, six music videos, and a few theatre performances.

Tessa Thompson was born to Marc Anthony Thompson on 3rd October 1983, in Los Angeles. Her mother’s name is unknown. Her father, Marc, is a singer/songwriter for the band Chocolate Genius. Her parents separated when she was just a child. Tessa spent her childhood between New York and Los Angeles living with her father. She also has a half-sister. 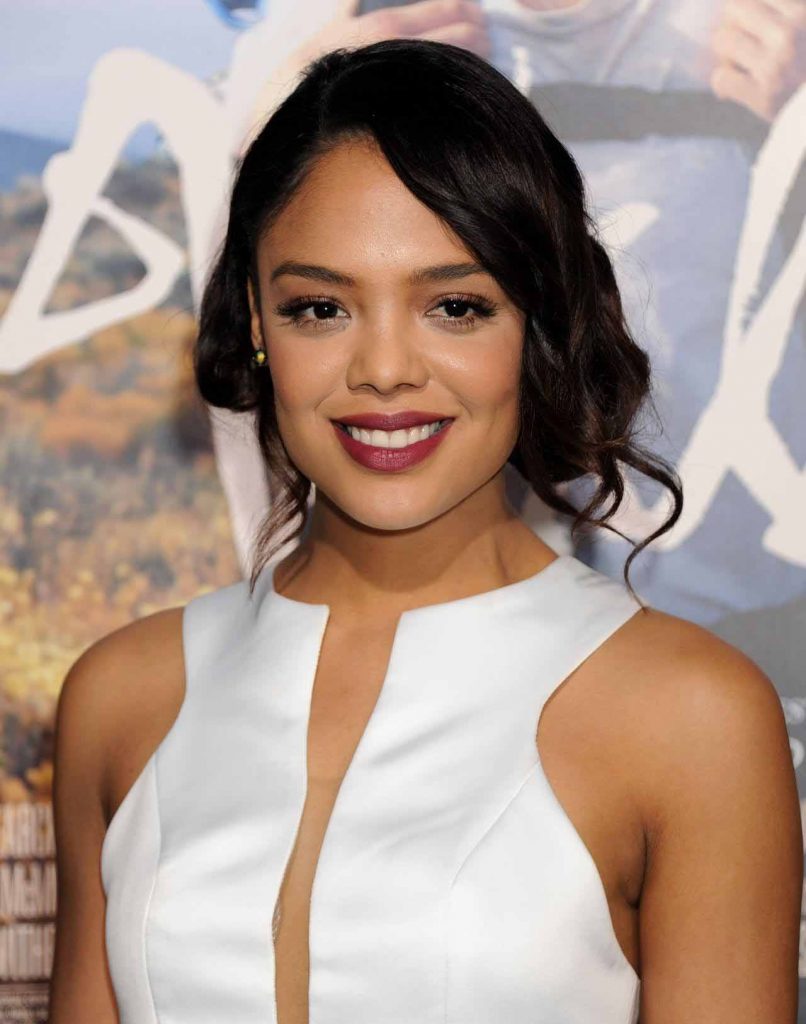 Tessa Thompson started her acting career in 2002, production “The Tempest” as Ariel. Her next theatre appearance was with The Theatre for “Romeo and Juliet: Antebellum New Orleans,” where she portrayed Juliet in 2003. She was also part of the 2016 off-Broadway act “Smart People” as Valerie at the Second Stage Theater.

Tessa Thompson made her film debut in the 2006 psychological thriller “When a Stranger Calls” as Scarlet. She then portrayed Dana in the 2008 dance film “Make it Happen.” The film was not well-received by critics and managed to gross just $10 million worldwide. The same year, she made a small appearance in “The Human Contract” as a waitress.

In 2009, she was a part of the drama film “Mississippi Damned” as Kari Peterson. The film was released by Slamdance Film Festival and was received positively by critics. The film has an IMDb rating of 7.4 based on over 850 votes. In 2010, she was seen in three different movies, “Everyday Black Man” as Claire, “Exquisite Corpse” as Liz, and “For Colored Girls” as Nyla Ambrose. “For Colored Girls” has mixed reviews and grossed $37 million against a $1 million budget.

She was also seen in short films; “Points of Origin” and “The Grand Romantic.” In 2015, she featured in the sports drama “Creed” as Bianca Taylor. The film became a box-office success grossing over $170 million. She had also written a song for the movie. Her next big appearance was in the Marvel Comic Universe movie “Thor: Ragnarök” as Valkyrie. She reprised her role as Valkyrie in “Avengers: Endgame” in 2019.

She played Josie Radek in the sci-fi horror “Annihilation,” Oleander Hale in “Little Woods” and reprised her role as Bianca Taylor in “Creed II” in 2018. She wrote another song for “Creed II” and was the executive producer of “Little Woods.” She has also given voice in “Lady and the Tramp” and “Brave Girl Rising.” She has been featured in the 2019 film “Men in Black: International” as Agent M. She is all set to play Irene Redfield in the upcoming movie “Passing.” 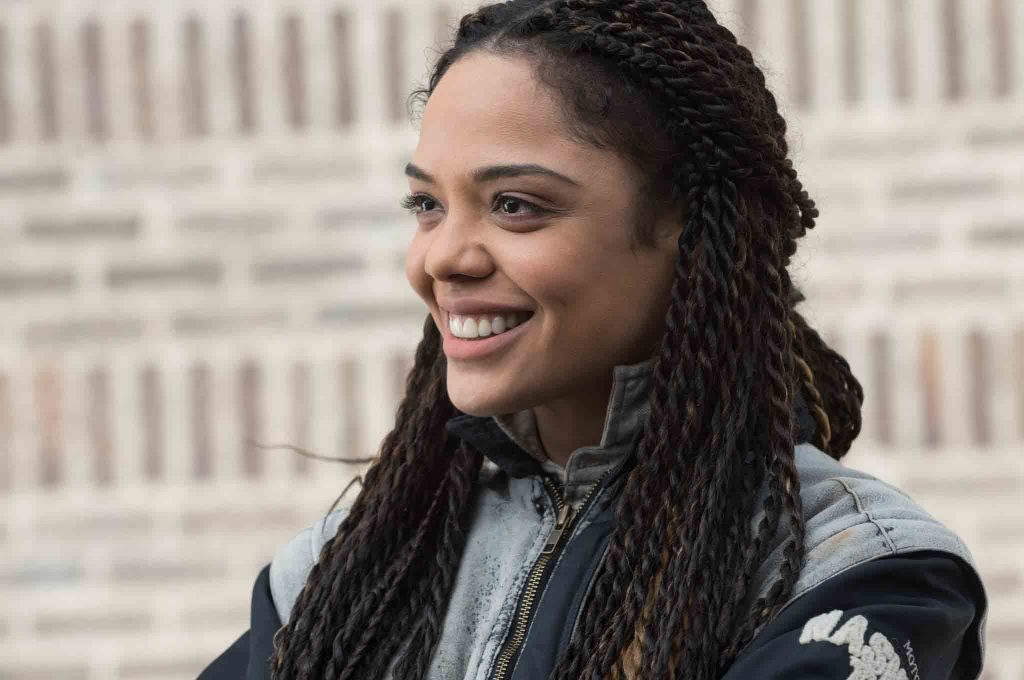 Tessa Thompson’s first television appearance was in the 2005 crime drama “Cold Case” in the episode “Best Friends” as Wilhelmina Doucette. She then starred as Jackie Cook in “Veronica Mars.” She was then a part of the 2006 television film “The Initiation of Sarah” as Camille Travis. In 2007, she was Nikki Barnes in “Hidden Palms.”

Her other lead television roles include Blue in “Blue Belle,” Sara Freeman in “Copper,” and Charlotte Hale in “Westworld.” She has given voice in the animated shows “Tuca & Bertie” and “BoJack Horseman.”

In her career form 2002 to present, she has been nominated in over fifteen award functions, including three Teen Choice Award and a BAFTA Awards. She has won seven of those awards, including two “African-American Film Critics Association” in 2014 and 2015. 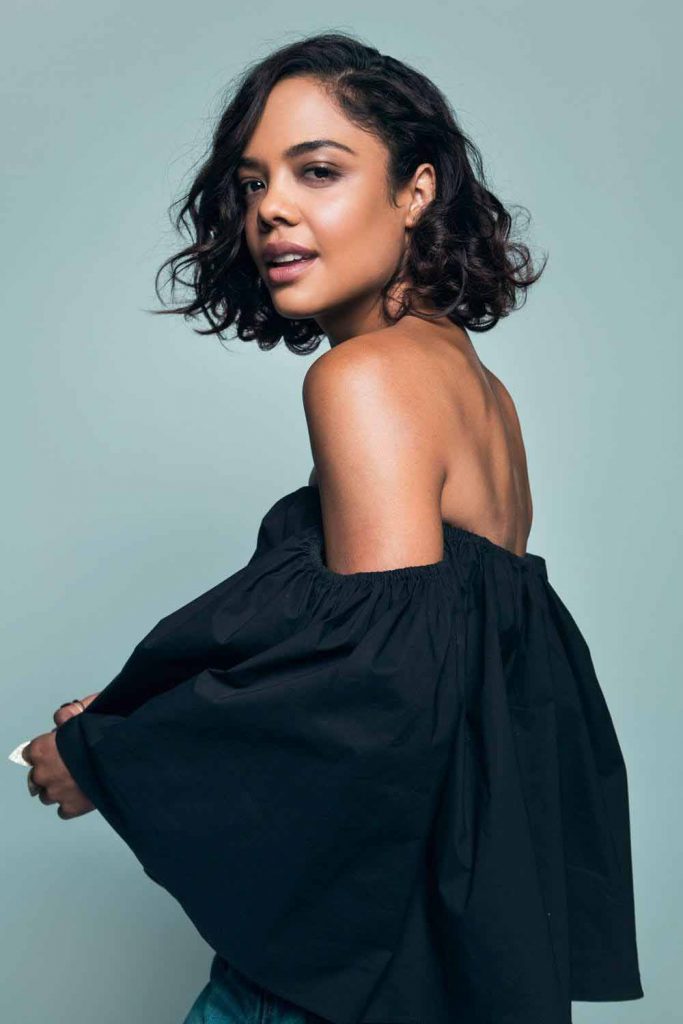 Tessa Thompson’s relationships are relatively unknown, but there were rumors of her relationships with Janelle Monae, Brie Larson, and Dev Hynes. She publicly opened up as being attracted to both men and women but, do not label herself as bisexual.

She has mixed descent; Afro-Panamian from her father and Mexican-European from her mother. She was the supporter of Bernie Sanders in US Presidential Election in 2016.

According to celebritynetworth.com, Tessa Thompson has an estimated net worth of over $4 million.