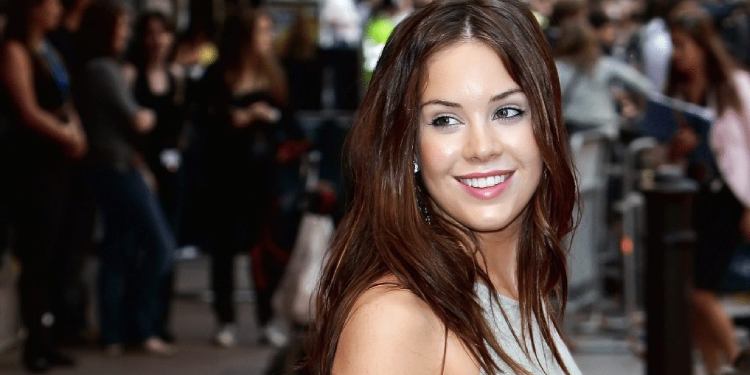 Roxanne McKee is a model and a British actress who is well-known for her role as a ‘Louise Summers’ in the British soap opera Hollyoaks (2005-2008), Doreah in the historical fantasy drama ‘Game of Thrones (2011-2012).

Roxanne McKee is born on 10 August 1980 in Canada. Her parents are of Irish ethnicity. She grew up in a family of four, including her and her brother. Mckee is British, Canadian by Nationality. Her zodiac sign is Leo. She hasn’t revealed her family names and their occupation to the media.

How did Roxanne McKee start her career?

Roxanne McKee parent’s wanted to teach her English and have a good job but she wanted to fly around the world like a free bird. She began auditioning for the role and started modeling so she could see the world rather than join Job. She has been in a number of films and series which are remarkable. Her outstanding roles in Lip Service, The Legend of Hercules, and Dominion made her a renowned actress and she gained a lot of fans from her acting skill.

In 2004, Roxanne auditioned for Hollyoaks. Among 35,000 applicants, she became one best suited for the role. After auditioning for several weeks, in 2005, she got the main role in Hollyoaks as ‘Louise Summers’ which brought her to the eye of the world. She played this character for a total of 278 episodes. In 2008, her contract as a Louise Summers expired. But she was already well-established then, so got more roles in films and series.

She played an iconic role in ‘Strike Back: Retribution as Captain Natalie Reynolds in 6 seasons from 2017- 2018. She was also the main lead on the series ‘Dominion’ as Claire Riesen from 2014-2015. She portrayed a recurring role in ‘Game of Thrones’ as Doreah in seasons 1-2 for 11 episodes and made her audience fall in love with her again with her performance.

She dated Gary Sewell for a long time but she didn’t update her relationship status in the media. she used to date singer-songwriter Richard Fleeshman, but they broke up. She used to post pictures of her lover without revealing his face. But they broke up in 2012. At the present time, Roxanne is married to Daniel Hurley.

Roxanne has received so many awards and has been nominated in lots of functions. In 2006, she became No. 91 in FHM sexiest woman in the world. Similarly in the year 2007, she was a winner of the British Soap Awards for being the Sexiest Female for her role in Hollyoaks. She also won the Inside Soap Award for her role in Hollyoaks as the Sexiest Female. McKee was able to uplift her position at FHM sexiest women in the world from no.91 to no.42. This was her biggest achievement that year, but the awards were yet to come.

She got to achieve more. In the year 2008, she was again declared as the 97th sexiest woman in the FHM 100 sexiest women in the world. She again won the award as the sexiest woman for her role in Hollyoaks at Digital spy soap Awards and British soap Awards. She got nominated again in 2009 but didn’t win any awards that year. So, she won four awards in 2 years for her one major role and made a huge impact on her audience.

Roxanne is 40 years old beautiful actress with a good height of 5 feet and 7 inches. She has attractive  Dark Brown eyes with Dark brown hair. She has a weight of 56kg and her body measurement is 34-24-35. Her shoe size is 8.4 US and her dress size is 4US.

What is Roxanne McKee’s Net Worth?

Roxanne has a good amount of Net worth by acting and from modeling, which is around $4 million. She also earns from her Instagram and Twitter accounts. Detail about her annual salary is yet to be specified.

You might also wanna check out Keira Christina Knightley OBE