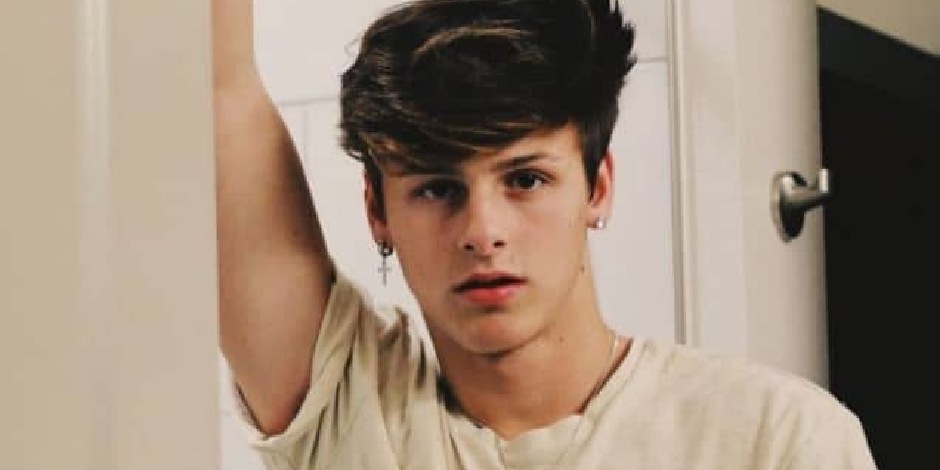 Owen Bodnar is a well-known American Social media sensation and came into the limelight for his lip syncs to a variety of pop hits on his Tik Tok account. He has also done lip-sync to famous artists like Post Malone, Drake, and many more. Owen Bodnar has also appeared in the TV series “Follow Me” in 2017.

You might also want to know about Angelise Garcia

Owen Bodnar was come into the world in 2003, on July 29. He was a native in San Antonio, Texas, United States of America. Owen is presently 18 years old. His parents moved to Dallas, Texas, when he was two years old. But now, recently, he is in the city of Carrollton. Owen has not disclosed his family background till now.

Owen’s grandfather has served in the army and as a pilot in Vietnam. Owen was always fond of athletics, football when he was at an early age. He also loves to play the guitar and sing a song in front of the audience. Bodnar has also participated in sports like track, basketball and field, cross country, and soccer.

He is also a fan of a professional basketball player LeBron James, for the Los Angeles Lakers. He has not disclosed his educational background.

How did Bodnar start his Career?

Bodnar is a well-known American social media sensation. Owen has gained fame from his Tik Tok video.  In 2016, he started to post videos on Tik Tok in the summer to impress a girl.

He has also done lip-sync in different hit pop songs of famous artists, including Justin Bieber and many more. Owen has gathered 246.3k followers with 2.4 million likes in his Tik Tok account altogether.

You might also want to know about Ruby Rube

Owen is one of the Tik Tok stars cast on the TV series named “Follow Me” in 2017, in which they show some interesting facts about the famous musers.

Owen had also grabbed the opportunity for Weekend Rush in 2017. He was also seen in the “Meet and Greet” at the “Good Times Live” program at Kimpton Hotel in Palomar, Chicago, on January 5, 2018.

When Owen was ten years old, he has featured in the prominent role of a Peter Pan Musical. He was active in Tik Tok, Snapchat, and Instagram also. Owen began to post in July 2016 on Instagram. He has published eight pictures on his 14th birthday and has gathered 195k followers.

Bodnar has also joined the youtube channel in 2016 on November 7. Until now, he has uploaded three videos and able to gathered 13.2k subscribers with 195k views. But it seems he was not engaged in youtube currently. He has also played for the quarterback for select tackle football teams in North Texas.

When did Owen dated Danielle Cohn?

In 2017, he dated social media star, Danielle Cohn. Owen Bodnar is recently single and enjoying his single life. He is focusing on his education and career now regarding being in a romantic relationship. Owen has attracted a large fan following towards him through his talent and charm. He is very close to his friend and also usually posted a picture with them.

Owen is currently busy on his career rather than being in controversies. However, he is maintaining a suitable profile to be successful in his career.

Bodnar is known as American Tik-Tok star. He has also featured in different TV Series.  According to the sources, his estimated net worth is around $100k to $1 million. However, his primary source of income comes from his profession as a social media sensation.