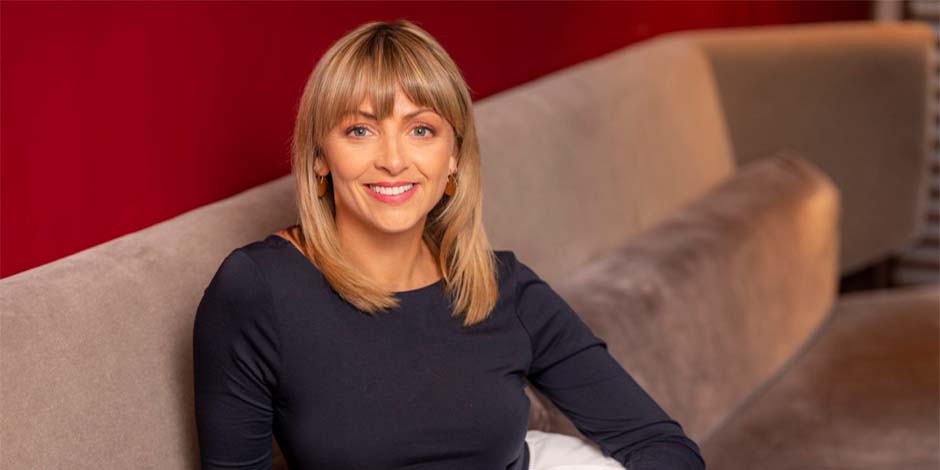 Lisa McGrillis was born on 3 September 1982 in Cheltenham, England. Her parents raised Lisa McGrillis in Scotby near Carlisle in Cumbria. Her mother is a special needs teacher, and her father is an accountant. Her zodiac sign is Virgo. She has three older brothers. Her parents are living where she grew up in Carlisle. She belongs to British nationality.

Lisa McGrillis graduated with a degree in performing arts from the University of Northumbria. She lived in Newcastle for 8 years.

Lisa McGrillis is 38 years old pretty actress who stands 5 feet 4 inches tall which is 1.63m. her weight is 55 kg which is 121 lbs. she is a fit and healthy woman who has a slim body type. Lisa McGrillis’s body type measurement is 33-25-33 inches. Her hip size is 33. The waist size is 25, and the chest size is 33. Her dress size is 4 US. She has blonde color hair and has brown eyes, which look pretty with her beautiful smile.

Who is Lisa McGrillis’s husband?

Lisa is married to famous actor Stuart Martin since 2015. Her husband, Stuart martin, is a famous Scottish actor mostly known for his role in Babylon, Jamestown, and Medici: master of Florence. He also played a Lannister soldier in an episode of the famous series Game of Thrones in 2014.

Lisa McGrillis and Stuart Martin first met at a Christmas Party in the National Theatre bar. The couple became good friends and eventually started hanging out together. After some period, they expressed their feelings and began dating. The couple tied their knot on July 26, 2015. The couple did a private ceremony in Florence, Italy, where they invited their family and close friends.

Lisa is living a delightful life with her husband, Stuart. They love spending time with each other. The couple is blessed with one son. The name of Lisa McGrillis’s son is Josh.

Lisa McGrills did a role in The Pitmen Painters in 2007 by Lee Hall. The show was transferred to the National Theater of London and Broadway theatre. In 2011 she played in Much Ado About Nothing at Shakespeare’s globe as Margaret the maid’s character. In 2014, she was offered to play Beatrice when Eva Best, the show’s star, fell ill. She then made an appearance in The pass with Russell Tovey at the Royal court Theatre.

She then made the television debut a main lead in the 2012-2013 series  Hebburn as Vicki Pearson. After that, she began to appear as a regular character in DS Rachel coles in Inspector George Gently and Martin shaw. In 2018 she played the character of  Hannah Wilde in Death in Paradise in season 8, episode 8.  She also portrayed the character of a grassroots Manchester politician in the third series of Channel 4 Paul Abbott police drama titled No offense.

In 2020, she played in the BBC sitcom King Gary as a character named Mad Kay. Tom Davis wrote the sitcom. She also made an appearance in the channel 4 drama Deadwater Fell as Sandra. Lisa McGrillis also appeared opposite of Lesley Manville, where she played the role of Manville’s son Jason’s girlfriend. Her character was of the well-meaning but dim girlfriend named Kelly. The sitcom was on BBC television and was named Mum.

Lisa is very active and is working for her dreams. Her net worth is estimated to be $1 million and is expected to increase in the upcoming future.