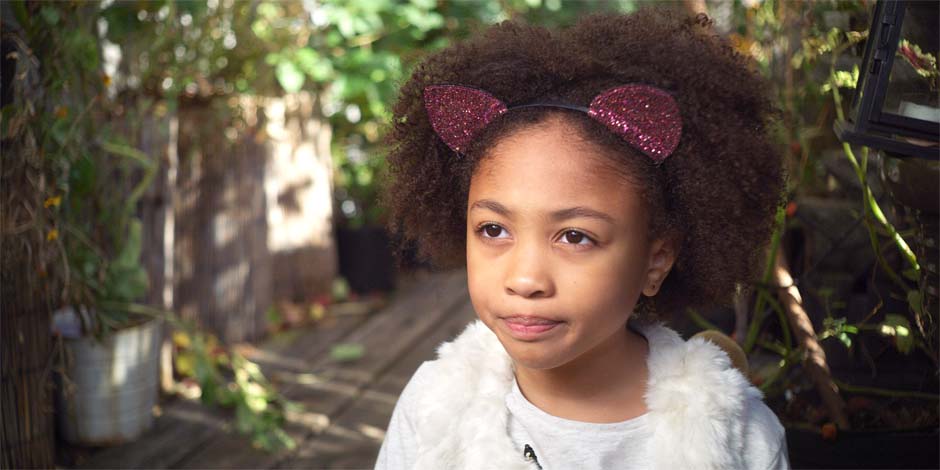 Naledi Murray is a child actress of America. She is globally known for acting in the movie Seven Second, Tommy, and First Wives Club. She came into recognization after an offer of a role in the HBO original series The Undoing, streamed on HBO Max on October 25, 2020.

Naledi Murray is a young actress who was born in the United States. She is the only child of her parents whose name and occupation are yet to be specified. She is a social media star and is a multi-talented personality. She holds the nationality of America and falls on American-African ethnic group. We will soon update her zodiac sign and exact date of birth after she reveals them to reliable sources.

The multi-talented actress Naledi Murray has a pretty look and is below 10 years old. She has a brownish skin tone with a pointed nose. She has curly black hair. She looks cool in a blue jeans jacket and jeans paint and looks pretty in a ballet dress. Her exact height, weight, and body measurement are yet to be specified.

Naledi Murray is a multi-talented actress who never misses a chance to learn new things. Besides acting, she knows Boxing very well. She is learning boxing from U.M.A Brooklyn with the coach Malcolm C. Murray and Kyle Chin JM.

Naledi Murray is an outstanding gymnast and a singer. She was seen recording music videos on her Instagram post on 21 December 2018. She makes awesome drawings and arts. She loves to read books. She can play guitar and can ballet dance. She can play piano and can ride a bicycle.

There are many posts on her Instagram account about her piano practice, ballet dancing, and boxing. She also shared a photo of her reading Percy Jackson and Akata Witch. She was seen bowling on her post, uploaded on 17 December 2019.

You might want to know about Dante Pereira Olson

How did Naledi Murray start her career?

Naledi Murray made her debut in Hollywood from the Netflix series Seven Seconds. She made her appearance in season one, episode three, titled ‘Matters of Life and Death,’ where she worked alongside Regina King, Michael Mosley. She offered another role in the Netflix original movie The Land of Steady Habits in 2018 and got to work alongside Charlie Tahan, Edie Falco, and Ben Mendelsohn.

She played the daughter of Anders in this movie. She worked alongside Alyssa Cheatham. She also appeared in the BET+ original production First Wives Club where she was offered to work alongside Marcia Gay Harden, Hugh Wilson, Elizabeth Berkley, and Bronson Pinchot.

She shows her presence in the Short Film Showcase conducted by the Sagaftra Foundation at Robin Williams Center. She got to voice dubbed in the animated movie The Addams Family. She worked alongside McHernus which was shot in Los Angeles, California.

In addition, she has done short movies and videos. In 2021, she got another opportunity to work in the Netflix Orginal Movie Sweet Tooth, where she worked alongside Nonso Anozie, Will Forte, and James Brolin. She also appeared in the movie Tommy.

What is Naledi Murray’s Net worth?

Naledi Murray earns a decent about of money from acting, event, and advertisement. In addition, she has done several Netflix shows and movies. Her net worth is estimated to be between the range of $500,000 US to $1 Million.

Naledi Murray shows her active presence on her Instagram profile. She posts about her boxing skill, piano practices, and ballet dance. She loves to share her book collection and new skill she is learning. She also posts advertisements she is offered. She is available by the username @naledimurray with 349 followers. Her account is not verified yet.