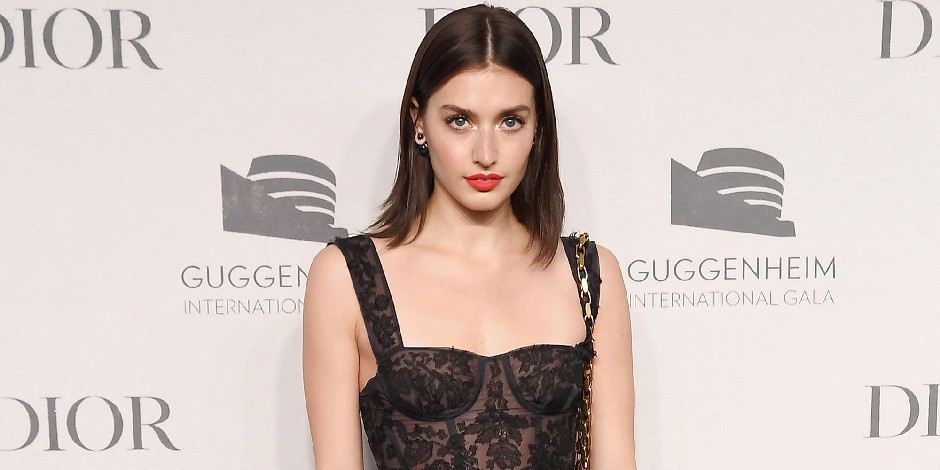 Jessica Clements is a renowned American Youtuber and model. In addition, she is known for her beauty, hair, and fashion blog on her self-titled YouTube channel.

Jessica is also known as a model associated with Elite Model management.

Jessica Clements landed in the world in 1993, on December 31. She has hailed in Boston, Massachusetts, the United States of America. Jessica is presently 27 years old. Clements has not given any details regarding her parents.

Jessica has grown up with her brother Andrew. Talking about her educational background, she was homeschooled by her parents. Clements has also taken ballet classes and Gymnastics.

How did Clements start her Career?

Jessica has started her modeling career associated with the company called “Newbury Streer-based Maggie Inc.” After working for some period, she quit that company. Instead, she joined Elite Model Management, located in New York.

Besides modeling, Jessica is also an actress. She has also worked in horror movies like The Devil’s Nightmare in 2012, Infested Ship in 2011, and Real Estate in 2019.

Clements is also known as Youtuber. She started her YouTube journey in 2011, on September 3. But, she began to upload her videos in 2015. Jessica posted the footage related to makeup, style, and clothing.

Erik Conover began his YouTube channel on March 28, 2012. He has uploaded his first video named “New York City Apartment Tour” in the same year. After that, he has to continue uploading video related to travel blog, filmmaking, and other.

One of the most viewed YouTube videos, Erik Conover, is “Nude Beach in the Caribbean,” which gathered more than 9.5 million views until now. In addition, he has accumulated more than 652k subscribers on his YouTube channel.

What is the relationship status of Jessica?

Jessica Clement is in a romantic relationship with Pete. She has also uploaded her YouTube channel with her boyfriend named “Q&A with Boyfriend.” Previously, Jessica was in a relationship with a fellow Youtuber Erik Convover. Erik and Jessica started dating from 2012 when they began their career as a model. Unfortunately, their relationship did not work and ended in 2016.

Erik Convover is currently engaged with a follower, Youtuber Hanna Coleman. Erik and Hanna’s lifestyle and goals are expected so, and the pair has so much great chemistry both in personal and professional life. Both of them help each other with making travel blogs and other content.

Jessica Clement is a well-known Youtuber and model. She has gathered such a tremendous amount of money through her profession. Jessica is living a lavish life with her earning. Jessica earned around $1 million as her net worth. She adds some amount from promotion, brand endorsement, ads, commercials, and modeling.

Check out some interesting facts about Celebrity’s Career, Relationship, Lifestyle, Latest net Worth, and many more on Global Stardom.