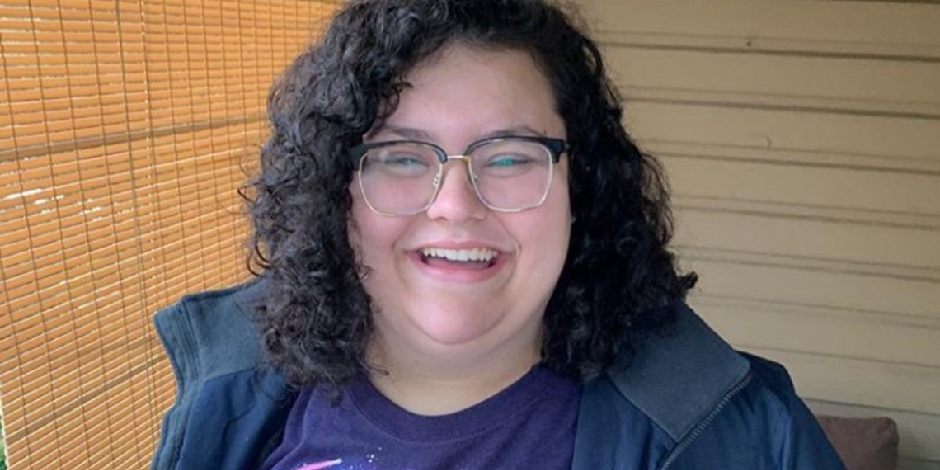 Christine Sydelko is a well-known American Youtuber. She is also known for her comedy vines and making a parody of songs.

Sydelko’s most popular parody is closer by The Chain-smokers & Halsey.

You might also want to know about Jesse Hutch.

Where was Sydelko born and raised?

Christine Sydelko is born in 1994 on March 27. She was born in Chicago, Illinois, the United States of America. Christine was born with the full name Christine Lauren Sydelko. Sydelko is currently 27 years old. Christine is the daughter of Pam Sydelko (Mother), who has worked as a scientist throughout her life and presently runs a consulting firm.

Sydelko has grown up with two siblings, but she has not revealed their names until now. Talking about her educational background, she has attended DePaul University. She has selected Digital media and cinema as a course. Later on, in 2015, she dropped out of college and moved to Los Angeles, California, to pursue her career in Comedy.

How did Christine start her Career?

Christine Sydelko has begun her career through the vine platform. Her Bible Studies vine went viral. But, unfortunately, Sydelko became a victim of online bullying. Christine has received many comments regarding her body-shammed and for her appearance. But she became strong and took a negative comment as a positive comment.

Sydelko has also shared that online abuse almost ruined her life. She also feels to hide from the entire world. But she does not hide from the world but fights against these bullies. She has also tweeted about her condition and problems she faces daily regarding overweight.

Christine has also stated that because of these abusive and body-shaming comments, most people commit suicide. Christine becomes popular through her social media account. She has also opened an account name “PoyayoWithAnE.” Sydelko’s short video Bible Studies went viral and got fame instantly.

You might also want to know about Who are Dominic Seagal parents? Learn about them.

Sydelko has changed his vine user name into “NotChristineSydelko” after it got hacked. Later on, in August 2015, she changes her social media username “CSydelko.” Sydelko has also collaborated with other fellow vine stars such as Erin Gifoy and Tom Harlock.

Christine has also worked with Drew Monson, Manual Gutierrez, Grace Helbig, Manrie Hart, Chris Klemens and Colleen Ballinger. In 2015, on June 9, she joined a self-titled YouTube channel and gained more than 1.32 million subscribers as of March 2020. She upload videos related to challenges travel blogs, shots videos, and others.

Sydelko has also upload travel blogs like “LA Blog” “Disney blog.” She has also debuted in the TV series Maury and another short video.

You might also want to know about Michael Finch.

Christine Sydelko and Elijah Daniel have also opened a joined YouTube channel named “Elijah & Christine,” where they upload blogs and other content. Christine has also announced that she will be engaged with Elijah if they hit 1 million subscribers.

After that, in 2016, they amassed more than 1 million subscribers, and later they announce they got engaged and married in 2017. Unfortunately, the announcement was a joke. Elijah is gay, and Christine is asexual.

Christine Sydelko has published a parody song “Closer” by chain-smokers with Elijah in 2017 and got viral in few times. In addition, Christine and Elijah collaborated with another fellow Youtuber Tana Mongeau and published a parody of “The Maury Show,” which also gained colossal love and support.

You might also want to know about Michael Finch.

Christine and Elijah have also started merchandise named “the @pack.” They used to sell the product at affordable prices. But, sometime in January 2018, Christine split her professional partner Elijah after she finds some differences.

Christine Sydelko and her fellow YouTube partner Elijah won the Shortly Award for the Best Comedian in 2017 for their character in the short film “Eat, Clay, Love.”

Christine Sydelko is currently single and focusing on her career rather than being in a romantic relationship.

Christine is a well-known Viner and Youtuber. Christine has done such a tremendous job in her career. Her estimated net worth is around $10 million. She gathered some amount from brand endorsement, ads, Campaigns, etc.