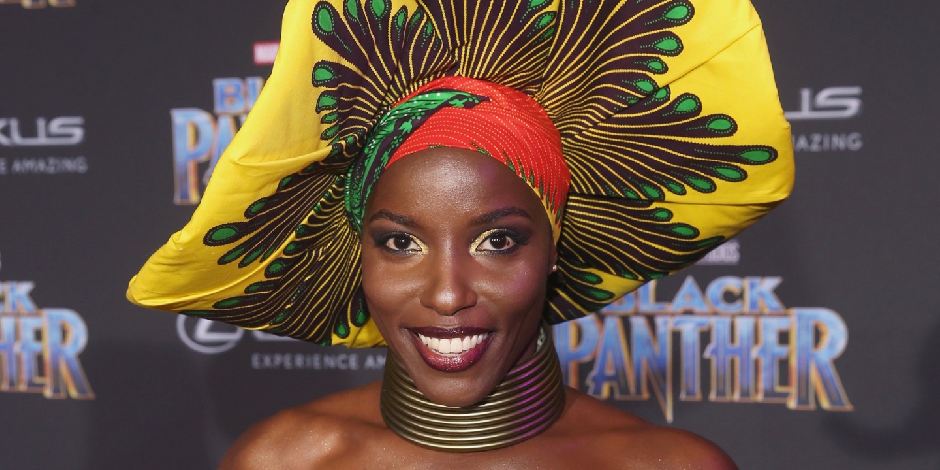 Janeshia Adams-Ginyard is an American professional wrestler, a stunt woman, and an actress. After her role as Nomble, one of the Dora Milaje in the Marvel cinematic universe’s super hit movie Black panther, she came into the limelight.

Janeshia Adams-Ginyard was born in Los Angeles, California, on February 14, 1984. She has two siblings, a brother and a twin sister who grew up in Los Angeles. Details about her family are still unknown. Janeshia holds the nationality of America. Her zodiac sign is Aquarius. She is a descendant of Jamaica and belongs to mixed-race ethnicity.

Janeshia Adams-Ginyard is 37 years old outstanding actress of America. Her height is 5 feet 5 inches. She is a professional wrestler who weighs 59 kg and has black color eyes. Her body measurement is 34-25-34. Her bra size is 34B. She has brown shaded skin, which looks beautiful with her smile.

Janeshia Adams-Ginyard is not in a relationship with anyone and enjoys her single life. The actress believes in privacy, so no disclosed information about her relationship yet.

Janeshia enrolled at Gahr High School in Cerritos, California. She was noted as an athlete in high school. She later attended the University of California, Berkeley, where she studied linguistics and African-American studies, emphasizing Caribbean culture, and graduated with a bachelor’s degree. Besides, she is also fluent in American sign language.

How was Janeshia Adams-Ginyard’s sports career?

Janeshia Adams-Ginyard held several records in athletics while during her high school days. She also played volleyball and was champion of the California Interscholastic Federation 300 meters hurdles during her senior year in 2001. Besides this, Janeshia was also a member of the U.S National Bobsled team as a brakeman between 2006 and 2007.

She has also hosted the LA Talk Live Radio Show, Lady J’s Wild World of sports, at the beginning of 2012. Janeshia began her wrestling career through WOW! (Women of Wrestling), under the ring name FROST The Olympian, based on her real-life experience as a bobsledder in 2012.

Besides this, she also appeared in many commercials for Mike and Toyota and was even featured in a Lexus advertisement at the Super Bowl in 2018.

How did Janeshia Adams-Ginyard start acting?

Janeshia Adams-Ginyard studied Taekwondo and Gymnastics to prepare for her stunt performer career. She also worked as an extra on movies which helped her get experience on film. In 2010 she began to work as a stunt performer, and she went to perform stunts for television programs, including true blood, American horror story, and The Mindy Project. K.C. undercover.

Janeshia Adams-Ginyard came into the limelight after appearing in the movie Black Panther as a Dora Milaje in 2018. Black Panther is a movie based on the Marvel Comic characters of the same name. It is the 18th movie in Marvel Cinematic Universe and was directed by Ryan Coogler. The film’s main lead is Chadwick Boseman as T’challa/ Black panther.

The movie’s plot revolves around the t’challa, who is crowned as king after his father’s death but is challenged by Killmonger, who plans to abandon the country’s isolationist policies and begin a global revolution.

Janeshia won an outstanding performance by a stunt ensemble in a Motion Picture at the Screen Actors Guild Awards in 2019.

Janeshia Adams-Ginyard has various sources of income. She is an actress and a wrestler who has been able to earn a lot of amount through her hard work. Besides this, she also commercials for various brands and has a net worth of $2 million.

She is active on Instagram with the username @hollywoodladyj and has 8085 followers. She is also active on Twitter with user id @HollywoodLadyj and has 1535 followers on her profile. Her account is verified.