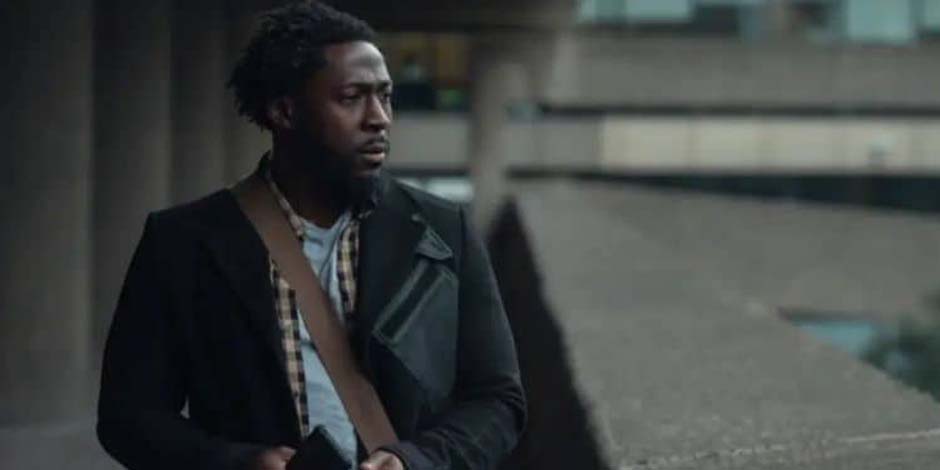 Eric Kofi- Abrefa is a well-known British actor. He is known for his work in Snowden, Blue Story, Fury, King Lear, and Jurassic World: Fallen Kingdom. Eric has also featured in different TV series with voice-acting for the video games, The Crew and Battlefield 1.

You might also want to know about Sean Michael Kyer.

Eric Kofi- Abrefa was born in 1986, on August 9. Eric was born in Cardiff, Wales, and the United Kingdom. Currently, he is 35 years old. Abrefa has not shared detailed information regarding his parent’s details. Eric also has a sacred bond with his homeland in the African continent.

Talking about his educational background, he has gone to the local Royal Welsh College of Music and Drama. However, he also desired to make it as an actor took him upon a journey of theater dramas such as The Sluts of Sutton Drive, The Glass Menagerie, Khadija is 18, Taste of Honey, and the Amen Corner, and Wildfire.

Eric Kofi- Abrefa started his big-screen career in 2006, featuring Yannick in Shoot the Messenger. After that, he has also played a role in short plays and movies such as Tight jeans, and If not now, when? Law and order, Stella, and Tati’s Hotel. He was also seen in a TV series named Holby City, playing the character of Robbie Holland for one episode in 2008.

Eric Kofi- Abrefa has also worked with well-known actors such as Brad Pitt, Jon Bernthal, Logan Lerman, Shia LaBeouf, and Michael Pena in 2014. In 2014, he was also seen in other projects such as Halo: Nightfall. After that, Eric has seen in the TV series Lucky Man as DS Kane for three episodes and other short movies such as The Works and Bloke Fears before being featured in the hit movie Snowden.

You might also want to know about Alexis Krause.

In 2016, he was also approached by the gaming franchise Battlefield 1 for his voice. The game has sold more than 5.13 million copies on the Xbox One Worldwide. After that, in 2018, he played the character in the hit movie Jurassic World: Fallen Kingdom. Eric also appeared in Harlots’s TV series for seven episodes before starring in Tom Clancy’s Jack Ryan and Informer.

Eric Kofi- Abrefa was also offered by The Crew 2, an action-based racing game franchise that sold more than 1.5 million copies worldwide. He is also known for his role in the movie Blue Story, playing Mark’s character in the TV series The One. Currently, he is busy with his upcoming film name After the Harvest II, which is in the finals stages of Post-production.

Eric Kofi- Abrefa is currently single. He has kept his personal and professional life away from social media. Eric has not shared any information regarding his girlfriend or shared post pictures with any girl who provided clues regarding his relationship.

You might also want to know about Wolfgang Novogratz.

Eric Kofi- Abrefa is a well-known actor. He has done such a great job in his career. Eric estimated net worth is around $1 million. Through his earning, he used to live such a lavish lifestyle.

Check out some interesting facts about Celebrities Careers, Relationships, Lifestyles, LAtest Net Worth, and many more on Global Stardom.