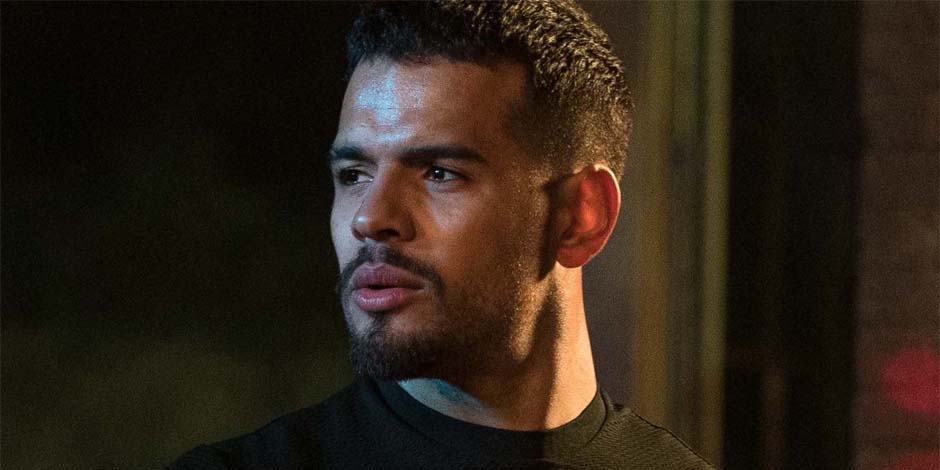 Jacob Scipio is a well-known British actor and writer. He is widely known for villain Armando Aretas in the action-comedy, Bad boys for life, directed by Adil El Arbi Bilall Fallah.

Jacob Scipio has also written and appeared in the short films Cowboys, and Angeles and The Writers Group premiered at the Cannes Court Metrage and London screenings at the British Film Institute.

You might also want to know about Ethan Bradberry.

Jacob Scipio was born in 1993, on January 10. He was born in Islington, London, England. Currently, Jacob is 28 years old. Unfortunately, Scipio has not provided detailed information regarding his parent’s and siblings’ details.

Talking about his educational background, he went to St Michael’s Church of England for his Primary School for his lower-level education. Jacob has also attended Fortis mere School in Muswell Hill. After that, he attended the University of Essex Colchester Campus. Scipio was also awarded a Bachelor of Arts in Film and Literature.

Jacob Scipio started his acting career when he was just nine months only. He debuted his acting career at the age of 9 in the Screen One series named Bambino Mio, playing the character of the adopted son of Julie Walters. After that, he was seen in different films and Television series, including the Channel 4 adaptation of Zadie Smith’s White Teeth, at the age of 10, playing the roles of twin brothers Millat and Magid.

Jacob Scipio has also featured in Rodgers and Hammerstein’s The King and I as prince Chulalongkorn and Elaine Paige at the London Palladium. He was also seen in the character of Bip in the second series of As the Bell Rings in 2008. After that, he played a role in the form of the Kerwhizzitor in the popular CBeebies show Kerwhizz, where he hosted the show then commented on the race.

You might also want to know about Josiah Hughes.

Jacob Scipio has also gone to star in 2012 Life in My Shoe production Undefeated and an HIV awareness campaign screened at the 2012 Cannes Film Festival in the Short Film Corner. Scipio was also seen in the second series of the hit BBC Three comedy Some Girls playing the character of Tyler Blaine in 2013. Some other roles of Jacob are Lewis in CBBC’s DIXI, Thomas Hillmorton, a Shakespearean ghost in Dani’s Castle.

Jacob Scipio was also featured as the main villain in Bad Boys for Life as Armando Aretas, directed by Adil El Arbi Bilall Fallah, in January 2020. After a month, he appeared in the Outpost, a true story of American soldiers in the Battle of Kamdesh. In 2021, it was announced that he would be featured as Michael Vargas in the upcoming Netflix thriller series Pieces of Her, which is adapted from the Karin Slaughter novel of the same name.

Jacob Scipio is currently single. He is focusing on her career rather than being in a relationship. Jacob has kept his private and personal life away from the media. Jacob has not shared any pictures with any girl who can provide us some clue about his relationship status.

You might also want to know about Sean Michael Kyer.

Jacob Scipio is a well-known actor. Jacob has featured in several movies and TV shows. Scipio has amassed such a handsome amount of money through his profession. Jacob estimated net worth is around $4 million. He also gathered some amount through commercials for brands like Coca-Cola, Snickers, and Toyota.