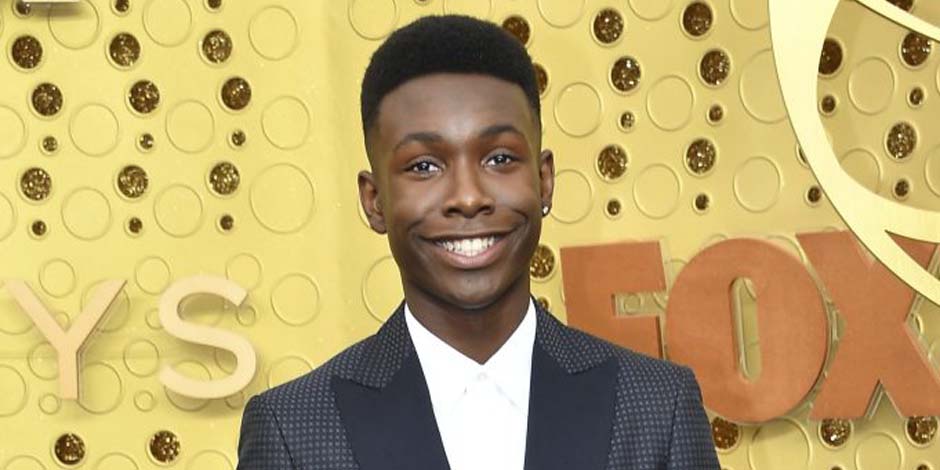 Niles Fitch is an American actor, and a model who gained immense popularity and fame after portraying roles in This is Us, St. Vincent. Mistresses, Secret Society of Second- Bron Royals, and more.

Niles is also recognized as a brand ambassador of LupusLA, an organization helping spread awareness regarding the disease.

The actor Niles Fitch was born in Atlanta, Georgia, the United States of America, on July 12, 2001. As of 2021. Niles has turned 20 years old. He was born as a son of his father Frederick and his mother, whose details are not mentioned. Once in an interview, he stated that his father was a financial advisor, but he passed away due to lupus when he was 12 years, and his mother is an attorney. He shared his childhood with his sister Leigh FItch.

Niles holds an American nationality and falls on African- American ethnicity. His zodiac sign is Cancer, and he follows Christianity as a religion.

Fitch hasn’t revealed anything about his career but judging by his age, and he might be a high school graduate unless he dropped out for some reason.

You might want want to know about Jack Doherty.

Niles Fitch young and talented actor who stands at the height of 5 feet 11 inches. He has an athletic body with pair of brown eyes and short black curly hair. Niles’s other measurement such as weight, chest size, dress size, shoe size, bicep size, waist size is yet to be specified.

How did Niles Fitch start his career?

Niles Fitch began his career as a model at the age of three from Wilhelmina Models. Later he signed with J. Pervis Talent to pursue his career as a model. His theatrical debut was as Young Martin Luther King Jr. in the musical l dream in 2010. His movies and series are The Fallout, Mixed-ish, Ghost Tape, Social Distance, Secret Society of Second Born Royals, Atypical, Best Friends Whenever, Unbreakable Kimmy Schmidt, Law & Order: Special Victims Unit, Army Wives, House of Payne, and more.

Niles has worked in many advertisements and commercials since four years old after he got an agent. He became the brand ambassador for LupusLA after he came to California from his hometown.

You might want want to know about Michelle Ghent.

Niles Fitch has won the Screen Actors Guild Awards in Outstanding Performance by an Ensemble category for the series. This is Us. In addition, he has been nominated for different awards such as Black Reel Awards for Television, Young Artist Awards, Gold Derby Awards.

Niles Fitch hasn’t shared much about his relationship and tries to keep his dating life out of the media spotlight. He is a rising star who might give all his time to his career rather than dating. Niles hasn’t shared any pictures with his close mates and colleague that might provide any hint of his relationship, so we can only assume that he is single and not dating anyone right now.

Niles has not been involved in any controversial matter until now and can maintain his clean image in the industry.

You might want want to know about Matthew Moy.

What is Niles Fitch’s Net worth?

Niles Fitch makes a decent amount of money from his career as an actor. His primary source of income is form acting, and his secondary source is form modeling. Niles has also earned huge money from the series and movies he has appeared in and could afford a lavish life. Fitch has a net worth estimated to be between $1 million to $5 million.