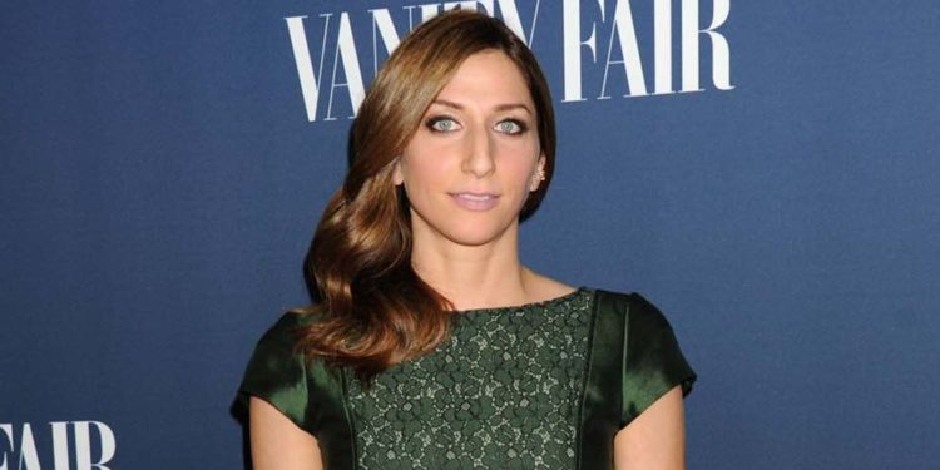 Chelsea Peretti is best known for her role as “Gina Linetti” in the TV sitcom “Brooklyn Nine-Nine” is an American actor, writer, and comedian. However, she established herself in the film industry from her role as Rachel in the 2007 black comedy movie “Twisted Fortune.”

She has also written episodes of TV shows “Bobby Bottleservice,” “The Sarah Silverman Program,” “Parks and Recreation,” and “Funny as Hell.”

Peretti who still looks like she’s in her mid-40s was born in Oakland, California, the US on February 20, 1978. Her father was a criminal defense lawyer and painter and is of Italian and English descent and her mother was a schoolteacher who is Jewish.

Her older brother, Jonah Peretti is also a well-known person, he is the co-founder of BuzzFeed and the Huffington Post. Interestingly, the Brooklyn Nine Nine-star Andy Samberg and Chelsea Peretti were friends since elementary school and friends with stand-up comedian Moshe Kasher since junior high school.

Chelsea Peretti is a student of “The College Preparatory School” in Oakland. After that, she attended “Barnard College” in New York in 1996. Finally, she fulfilled her desire to study abroad by attending “Royal Holloway, University of London” and graduated in 2000.

How Chelsea Peretti started her Career?

At the beginning of her career, Peretti created short films with the comedy organization ‘Variety SHAC’ in Empire State. After creating short films, she then moved to Los Angeles. In 2007 she made her film debut from the movie “Twisted Fortune” 2007.

She made her Television debut in the 2004 show “Comedy Lab.” In 2006 she appeared in the TV show “Cheap Seats” as Shonda and “The Smoking Gun Presents: World’s Dumbest” in 2007. In addition, this absolutely fantastic comedian has been part of several Tv shows.

The 2013 American Police comedy Television series “Brooklyn Nine-Nine” alongside Matt Walsh and Andy Samberg made her a household name. Her character as Gina Linetti was the center of attraction. But, unfortunately, after 5 seasons, she had to leave the show due to a pay grade.

She was the part of the 2017-2019 show “Big Mouth” alongside David Thewlis and Kristen Wiig as Monica Foreman- Greenwald and gave her voice to the character Cellsea in the same show. In 2018 she appeared in four shows, “Alone Together,” “Another Period,” “Inside Jokes.”

Chelsea Peretti has also written the episode “T-shirt Ideas for Jersey Store” in the 2009 series “Bobby Bottleservice”, episode “Smellin’ of Troy” of “The Sarah Silverman Program” and “WTF with Marc Maron” in 2010.

She is also a voice-over artist and has given her voice in the series ’American Dad, ‘ ‘American dad,’ ‘Harv, ‘ and girls forever’, ‘crank yankers. She was last seen in the series “search party.”

What is the relationship status of Peretti?

This beautiful girl was in a relationship with Jim Norton. The couple separated, and in 2013 Peretti found the love of her life, actor Jordan Peele. Chelsea Peretti got engaged to Jordan Peele in 2015, and after a year, they got married. The couple gave birth to their son Beaumont Gino Peele on July 1, 2017.

Her Instagram account is @chelsanity and has 1.8 million followers, her Twitter account is @chelseaperetti and has 1.5 million followers. She often shares pictures of herself and with her costars. In addition, she often shares pictures of her cooking skills, make-up tips. Her Instagram feed is something you should not miss if you are a Brooklyn fan.

How much is the Current Net worth of Peretti?

The Brooklyn Nine-Nine star has a net worth of $3 million. She has appeared in several TV commercials as well. However, her main source of income is pegged on her actor and writing career.