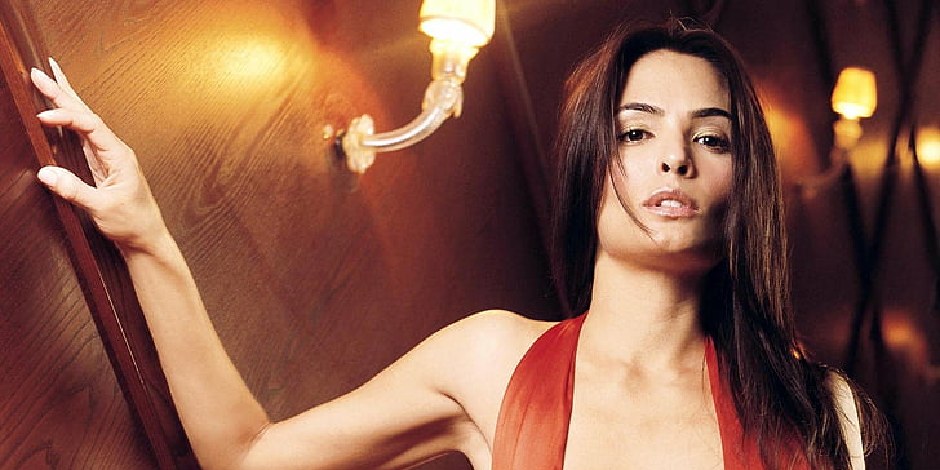 Talisa Soto is an American former actress and a model who is best remembered for the portrayal of the role of Princess Kitana in the 1995 American fantasy martial arts action movie, ‘Mortal Kombat’ alongside Clancy Brown and Steve Blum. She has also played the same role in its sequel, ‘Mortal Kombat: Annihilation.’ Likewise, she is also popular for playing the role of Lupe Lamora in the 1989 spy movie and the sixteenth installment in the James Bond movie franchise, ‘License to Kill’.

However, prior to her acting career, she was also a model. She modeled for various modeling agencies and magazines like the women’s magazine, ‘Mademoiselle’, the online women’s magazine, ‘Glamour’ and the worldwide lifestyle French magazine, ‘Elle’. Talisa Soto has also appeared in commercials for an American fashion company, ‘Calvin Klein’, French luxury goods company, ‘Cartier’ and the Italian shoe company, ‘Salvatore Ferragamo’ during her modeling career.

She can also be seen in the music video for Madonna’sEach Time You Break My Heart’ in the year 1987 where she modeled alongside her former boyfriend, Nick Kamen who is an English model, songwriter, and musician. She was active in the entertainment industry from the year 1982 when she gave her debut performance to the year 2009 when she played her final role. In addition to this, she is a recipient of the 1989 ShoWest Convention, USA award, and a nominee of the 2002 ALMA Awards.

Where was Talisa born and raised?

Talisa’s full name is Miriam Talisa Soto. She was born on 27 March 1967 in Brooklyn, New York City, United States to her mother, Clari Soto, and to father, Hector Soto who both belonged to Puerto Rican ancestry. When she was still very young, her family moved to Northampton, Massachusetts where she was raised alongside her three elder siblings. Besides this, she is currently 53 years old.

Talisa Soto holds an American nationality and descends from Puerto Rican ancestry. Unfortunately, information regarding her religion and religious views is not available online. The zodiac sign of her is Aries.

How Talisa Soto start her Career?

Soto gave her debut performance in the entertainment industry in the year 1984 when she played an uncredited role of a studio dancer in the American crime dark comedy movie, ‘The Pope of Greenwich’ followed by the role of a French Girl in an episode of the 1988 short movie, ‘The French as Seen By’ and the role of India in the American comedy-drama and mafia movie, ‘Spike of Bensonhurst’.

Similarly, she can be seen with the role of Maria Rivera in the 1992 American French musical drama movie, ‘The Mambo Kings’, of Joanna in the 1992 movie, ‘Hostage’, as Cassie for fifteen episodes of the American Western comedy-drama television series, ‘Harts of the West’, as Dona Julia in the American romantic comedy-drama movie, ‘Don Juan DeMarco’ and as Princess Kitana in the 1995 American fantasy martial arts action movie, ‘Mortal Kombat’ alongside Steve Blum and Clancy Brown and its 1997 sequel, Mortal Kombat: Annihilation.

Talisa Soto can also be seen in movies like the 1996 movie, ‘Sunchaser’ where she appeared as a Navajo woman, the 1997 crime movie, ‘Flypaper’, the 1998 television series, ‘C-16: FBI’ as Rosemary Vargas for two episodes, the 2000 Canadian horror movie, ‘Island of the Dead’ as Melissa O’Keefe and the 2002 action thriller movie, ‘Ballistic: Ecks vs. Sever’ as Rayne Ecks and Vinn Gant. Her most recent work came in the year 2013 when she played the uncredited role of Tisha in the 2013 American science fiction action movie, ‘Elysium’.

Who is Soto married to?

Talisa Soto was previously married to Australian actor, Costas Mandylor from the year 1997 to the year 2000. After separating from Costas, she married American actor, producer and activist, Benjamin Bratt in the year 2002. The couple has been together ever since and was blessed with a son whose name is Mateo Bravery Bratt and a daughter whose name is Sophia Rosalina Bratt. After her marriage with Bratt, she retired from the entertainment industry to focus on her married life.

Talisa Soto’s height is 5 feet and 9 inches (1.76m/176cms) and her weight are around 55kgs (121lbs). She has a slim body figure with a body measurement of 32-26-32 inches respectively. In addition to this, she has a pair of brown-colored eyes with medium brown colored hair.

What kinds of Awards and Nominations has Talisa Achieved?

Soto was awarded the ShoWest Convention, USA’s Female Star of Tomorrow award in the year 1989. Besides this, she was nominated by the ALMA Awards for the Outstanding Supporting Actress in a Motion Picture award in the year 2002 for her work in ‘Pinero’.