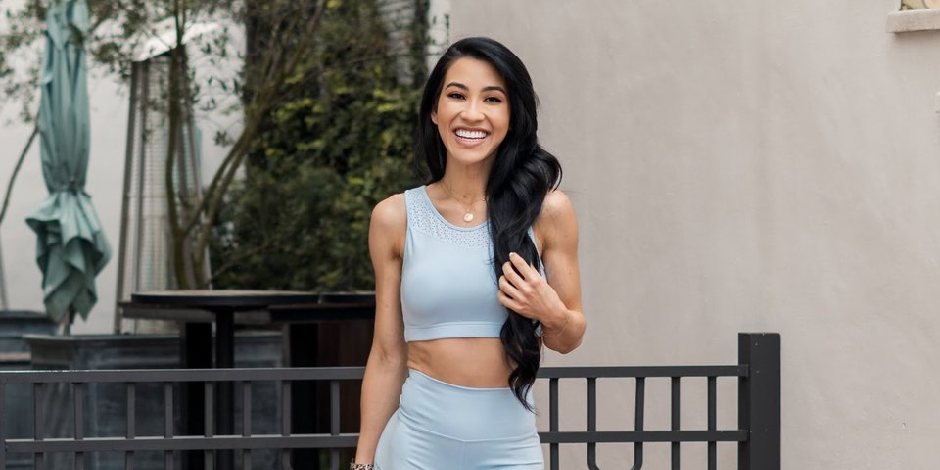 Stephanie Buttermore is a fitness model, social media influencer, YouTuber, and scientist from America. Her body shots and workout photos have played a major role in gaining followers on Instagram. She has completed her Doctoral in “Ovarian Cancer.”

The birthplace of Stephanie Buttermore is America. She came into the world on 25th February 1990. Her current age is 31 years old. She has an average height of 5 feet 5 inches. There are not many details of her childhood, siblings, and parents are not available.

Does Stephanie Buttermore have a Ph.D.?

Yes, Stephanie Buttermore completed her Ph.D. in “Ovarian Cancer” from the “University of South Florida” in July 2017. She has even uploaded a video of the final journey towards her doctoral on her YouTube Channel. The title of the video is “HOW I GOT MY Ph.D. | My Journey Through the Final (Crazy) Moments!”

Who is the boyfriend of Stephanie Buttermore?

Jeff Nippard is the boyfriend of Stephanie Buttermore. Jeff is a YouTuber, powerlifter, and natural bodybuilder. He is passionate about bodybuilding. And even focuses and shares the knowledge about the science of acquiring strength, gaining muscles, and losing fat.  He has completed his graduation with a major in “Biochemistry.”

Moreover, Jeff has also won the title “Mr. Junior Canada for Natural Bodybuilding” in 2012. He also won the “Overall Champion WNBF Natural Muscle Mayhem” in 2014. Jeff also won the “Canadian National Powerlifting Championships” in 2014. It was in the category of 205 pounds, 518-pound deadlift, and 336 pounds bench press.

Similarly, he has been part of the various national, international, and provincial bodybuilding for more than ten years.  He has the experience of lectures and presentations at the “University of Lowa”, “Ultimate Evidence-based Fitness Conference” (UEBC) in 2019, and “Lehman Collage.” Jeff also wants to complete his Ph.D. in “Exercise Science” or a related field. Jeff also conducts various fitness programs on his website: jeffnippard.com.

How did Stephanie and Jeff meet?

Stephanie Buttermore and Jeff Nippard met in a gymnasium. The common interest of Jeff and Stephanie, fitness, became the center of attraction for their relationship. Jeff met Stephanie for the first time as a fitness coach.

It all began after on the first day of Stephanie in Tampa. Jeff was her coach. She had shared a picture of introducing him as her coach and how he helped him in his leg work out on 3rd January 2017.

Stephanie Buttermore even praised the way he motivated her during the training session and helped her hit the best number for squats. She also wrote in the caption that they would be doing lots of filming and training till the following month.

Both Stephanie and Jeff started spending time with each other. They started working out together for several months. Stephanie started posting a lot of happy moments and videos on her Instagram. Jeff even hit the 100K subscribers from 10K after few months of meeting Stephanie and their workout videos.

Moreover, Stephanie posted another photo with Jeff on her Instagram account. She had written that “My Best Friends and partner in crime” on 25th April 2017. So, their relationship finally got promoted to a new level after four months of their first meeting.

Similarly, the couple took their relationship to the next level after their visit to Egypt. Stephanie posted a photo kissing Jeff sitting on a pyramid on 17th May 2017.

She was praising the food, culture, people, and many more. But the photo officially revealed what was more beautiful than the heat of the sun. And after that picture, it has been four years, Stephanie has never missed an opportunity to express love for Jeff on her Instagram along with her fitness posts.

Check out the latest updates on Gina Carano

Stephanie started posting videos on her YouTube Channel “Stephanie Buttermore” on 4th February 2017. The title of the video was “Day in the Life of a Ph.D. (Cancer Research) |My Glute Training.” The video has more than 1 million views. She has 1.2 million subscribers on her channel.

Ever since then, she has uploading various videos based on science experiments and her food diet on the channel. Stephanie has been actively using her Facebook account “Stephannie Buttermore” to share her videos. The last post on her Facebook was on 20th October 2020.

There are not many details about her properties, salaries, and net worth available. According to socialblade.com, Stephanie Buttermore has a monthly earning of $435-$7K and $5.2K-$83.6K annual income.