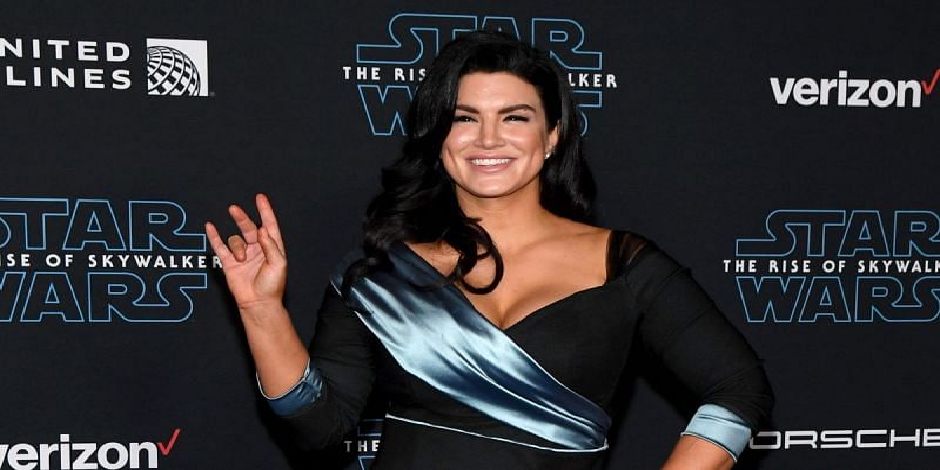 Besides her acting career, she is also a fitness model and was the Hottest Woman in American according to the Spring 2008 issue of the Big Biz Magazine. Besides this, she also grabbed the number 16 spot in the men’s magazine, Maxim’s Hot 100 list. Moreover, she is also a former mixed martial artist who has held a professional record of seven wins and one loss while competing in fighting events like ‘Strikeforce’, ‘EliteXC’, ‘World Pro Fighting Championships 1’ and ‘World Extreme Fighting’.

Gina Carano’s full name is Gina Joy Carano. She was born on 16 April 1982 in Dallas County, Texas, the United States to her mother, Dana Joy C, Ason, and to her father, Glenn Carano who is a casino executive and a former professional football player.

Unfortunately, her parents separated when she was only seven years old. After the separation, she was completely raised by her mother alongside her sisters whose names are Casey Carano and Christie Carano in Las Vegas, Nevada. Besides this, she is currently 38 years old with the zodiac sign of Aries.

What is the academic qualification of Gina Carano?

Gina studied and completed her schooling at the Trinity Christian High School located in Las Vegas, Nevada. She actively participated in sports including basketball, softball, and volleyball during her school days and also led her school basketball team to a state title. For further studies, she studied at the University of Nevada, Reno, and then at the University of Nevada, Las Vegas, and graduated with a major in psychology.

Gina holds an American nationality and belongs to Italian, English, Scottish, Dutch, and German ethnicity. She was born and raised as a devout Protestant Christian but as an adult, she does not believe in any religion.

What is the relationship status of Gina Carano?

Carano was involved in a relationship with Kevin Ross, Kit Cope, and Henry Cavill in the past. However, she is not currently involved with anyone and has not been married yet nor does she have any children.

What is the relationship status of Gina Carano?

Gina Carano was involved in a relationship with Kevin Ross, Kit Cope, and Henry Cavill in the past. However, she is not currently involved with anyone and has not been married yet nor does she have any children.

Is Gina Carano on Social Media?

How Gina Carano started her career?

Gina debuted as a professional fighter in the year 2006 when she fought and won against Leticia Pestova with a knockout punch in the first round of World Extreme Fighting. Likewise, she started her undefeated streak with a knockout punch win against Rosi Sexton in the second round of the World Pro Fighting Championships 1 and a unanimous decision win against Elaina Maxwell in Strikeforce: Triple Threat.

Moreover, she fought and won against fighters like Julie Kedzie, Tonya Evinger, and Kaitlin Young from the year 2007 and to the year 2008. She won the seventh consecutive match in the year 2008 when she defeated Kelly Kobold via unanimous decision in EliteXC: Heat. However, her undefeated streak came to an end in the year 2009 when she was unable to defend herself from a barrage of punches put forward by the Brazilian-American fighter, Cris Cyborg.

She stepped into the world of entertainment in the year 2009 when she played the role of Vernetta Vendetta in the American martial arts movie, ‘Blood and Bone’ followed by the role of Mallory Kane in the 2011 action thriller movie, ‘Haywire’.

Her most recent work came in the year 2019 when she played the role of Carrie in the American crime comedy movie, ‘Madness in the Method’ and the role of Clair Hamilton in the Canadian action thriller movie, ‘Daughter of the Wolf’.

Carano gave her debut performance on television in the year 2007 when she appeared as herself in the Oxygen original reality television series, ‘Fight Girls’ for seven episodes followed by the role of Crush in the 2008 American competition television show, ‘American Gladiators’ where she appeared for a total of sixteen episodes.

What kinds of Awards and Nominations has Gina Carano Achieved?

In the year 2012, Gina Carano was awarded the Awakening Outstanding Contribution Award and the ActionFest Film Festival’s Chick Norris award for the Best Female Action star.

How much Is the Current Net Worth of Gina Carano?

As of the year 2020, Gina Carano has an approximate net worth of $8 million.