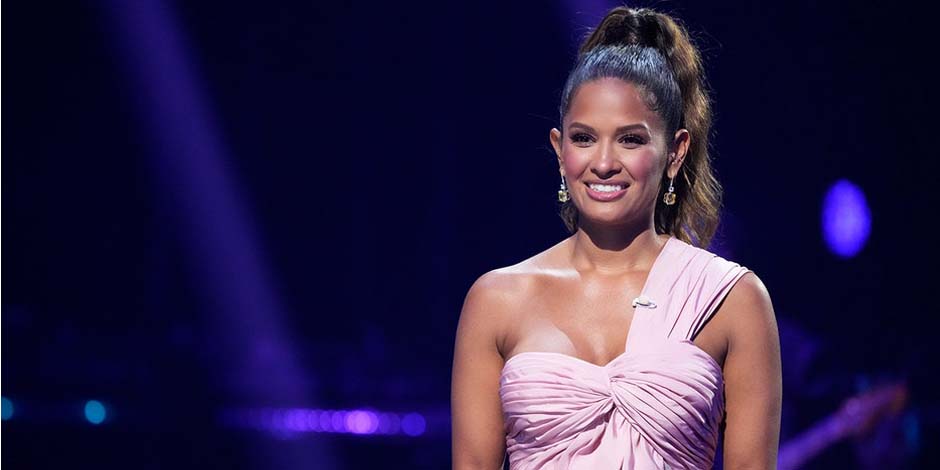 Rocsi Diaz is well-known as a TV personality, actress, and model. However, she is probably known best for having co-hosted the musical show 106 & Park created by Lee Harris, also hosted by Joseph Forester.

Rocsi Diaz became co-host in 2006 and ended until 2012. The two hosts show the top ten videos on the BET websites and have been published since 2000and were nominated for a single award.

Rocsi Diaz was born in 1981, on November 17. She was born in Tegucigalpa, Honduras. Presently, she is 41 years old as of 2022. Rocsi was born with a birth name Raquel Roxanne Diaz. Diaz has not shared her parent’s and siblings’ details till now in the media. Rocsi moved to New Orleans, Louisiana, the United States of America.

Rocsi Diaz has started dreaming about becoming a model while she was attending elementary school. She usually played several sports and paid attention to eating and not gaining weight. Diaz went to West Jefferson High School in Harvey in Louisiana as and cheerleader. In 2003, she graduated with a Bachelor’s degree from Nicholls State University.

You might also want to know about Azja Pryor.

Rocsi Diaz transferred to Dallas, Texas, and joined one of the city’s most popular radio stations, The Beat, working as a host. Diaz was praised for her skills and was thus invited to move to Boston’s Hot as their DJ. In 2004, Rocsi moved again to Chicago, Illinois, where Diaz joined the Power 92 WPWX-FM radio station as a DJ and was nicknamed ‘The Midday Mami.’

Rocsi Diaz went on to appear in different TV Specials, too, including “2006 BET Awards Nominations Live”, “BET Hip-Hop Awards” and “Bet Awards 2011”. In addition, she was invited to join the show “Entertainment Tonight” as a weekend co-host and a correspondent after her venture with 106 & Park was finished.

Diaz won a Daytime Emmy Award for Outstanding Entertainment News Program for her performance – she left the show in 2020. Although Rocsi was mostly focused on “Entertainment Tonight,” during those seven years, she appeared in several other TV shows, like five episodes of “The Daily Share,” nine episodes of “Hollywood Today Live,” and 12 episodes of “Dating Naked.

She was invited to host the talk show “[email protected]” and also featured in a single episode of both “E! True Hollywood Story” and “Sidewalks Entertainment in 2018. In addition, Rocsi was invited to co-host the game show “Cannonball,” but it was canceled after ten episodes because of low ratings in 2020.

Rocsi Diaz has also appeared in two 2020 episodes of the historical musical talk show “The Top Ten Revealed.” Rocsi has appeared in just one TV series and six movies. She has made her TV appearance in 2009 with the episode “Christmas” of the comedy “Brothers,” which was also nominated for three awards, and has won one.

Rocsi Diaz has also made her debut film appearance in 2012, with her portrayal of Kate in the western “Gang of Roses II: Next Generation,” but which received poor reviews. After that, she saw Claudia in another unsuccessful film, the thriller “The Last Letter.

“In 2015, Rocsi portrayed Paula’s lead character in the drama “Soul Ties,” based on the famed novel by Tee Ashira, who also saw in it along with Flex Alexander.

In addition, Rocsi featured herself in the romantic comedy “The Bounce Back,” which is about a relationship guru who has aired several books about relationships and has fallen in love with a therapist who believes his methods were inadequate in 2016.

Rocsi’s other two roles in movies have been in the 2018 action thriller “Armed” which received poor reviews, and the 2020 thriller “Always and Forever,” which was also unsuccessful.

Rocsi Diaz is currently single. Previously, she dated Tyrese Gibson in 2003, well-known as an American Singer, songwriter, actor, model, and rapper. The duo got separated in 2006 for unknown reasons. According to some sources, Tyrese has cheated Diaz with Norma Mitchell as they tied a knot in 2007.

You might also want to know about Montana Fishburne.