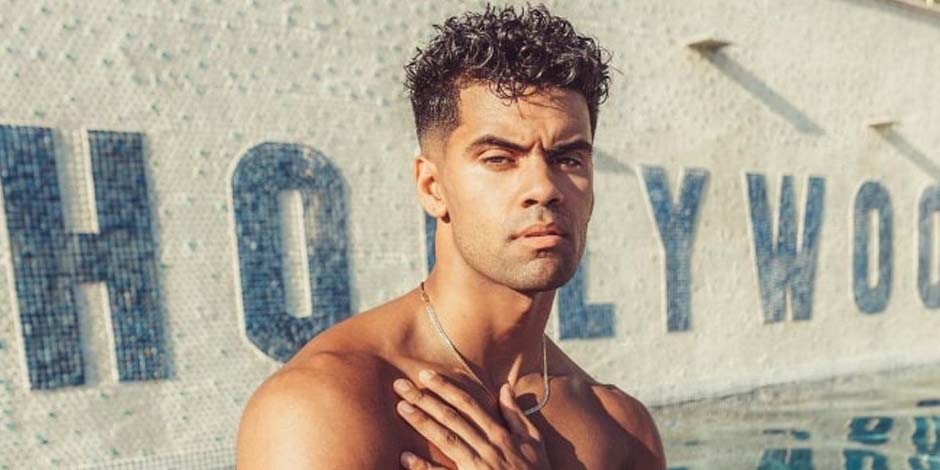 Nate Wyatt was born in 1997, on March 28. He was born in Cincinnati, Ohio, but later moved to Los Angeles, California. Presently, Nate is 25 years old as of 2022. Nate is the son of Tonya Lynn Wyatt (Mother) and has not shared information regarding his father. Wyatt’s mother introduces herself as a Realtor Extraordinaire who became an entrepreneur six years old.

Nate Wyatt was grown up with his younger sister but has not revealed her name yet. He has not shared his educational background. But, looking after his age, he might complete his university level from the reputed University near his hometown.

You might also want to know about Azja Pryor.

Nate Wyatt is a renowned young aspiring musician, actor, and social media personality. Wyatt has gained fame for his video creations on the short-form video-sharing platform Tik Tok. Nate has earned more than 4.4 million fans and followers. The year, He started starring in the Brat series Turnt in 2018. He has also played the character of Scott and appeared in 38 episodes out of 39.

Nate Wyatt kickstarted his internet presence with Vine before the platform’s closure before his fame. When Vine was discontinued, Nate had more than 100k followers on the account.

Wyatt has also posted short-form covers of songs on his Instagram account. He also has over 950k followers on his photo and video-sharing platform. Nate has also become a member of “The Hype House.”

Nate Wyatt was also seen in “The Hype House,” a TikTok account that is also the name of an actual house where TikTok, Instagram, and YouTube influencers came together to stay in Los Angeles. This group’s TikTok account has amassed 18 million fans and 511 million likes. The Hype House has signed with the talent agency WME in January 2020. Finally, it was published that a reality series focused on the group called “The Hype Life” will be produced in August 2020.

Thomas Petrou and Chase Hudson construct the living arrangement for The Hype House. Nate has used songs by several well-known artists, like Jason Derulo, Drake, Lil Wayne, and more, for his TikTok videos.

Nate first uploaded his TikTok video in March 2018. Wyatt has presented his lip-sync and dance moves which were very eye-catching. Also, some of his TikTok videos demonstrated his acting skills, too, and some were emotionally overpowering.

He has also started collaborating with other TikTok personalities after joining The Hype House, which boosted his number of followers, even others.

Similarly, he also launched himself as a singer in the year 2018. First, he released the album called Boy Meets World. Later, he released songs including For You, With You, Danger, and Marathons.

Lastly, in 2020, he dropped his last album, Introduction. The song Introduction has around 33k plays on ‘SoundCloud,’ whereas his latest song, Ride Ft The Greys, has 194k plays on the platform.

Nate Wyatt is currently single. Previously, he dated Aidette Cancino in the summer of 2018. Unfortunately, the duo got separated in 2019. Audette is renowned as a YouTube star who is mostly known as a beauty guru and blogger.

Nate Wyatt is well-known as a Youtuber, actor, and social media sensation. Nate has done such a great job and has many more to do. Nate estimated net worth is around $3 million. Wyatt gathered such money as an actor, singer, and social media personality through his profession.