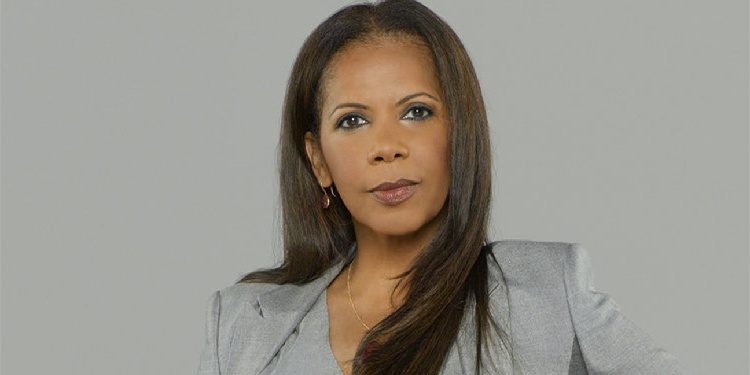 Penny Johnson Jerald is an actress from America. She is popular for her performance in the television series “Star Trek: Deep Space Nine”, “The Larry Sanders Show”, “24”, and “Castle.”

Where was Penny Johnson Jerald born and raised?

The birthplace of Penny is Baltimore, MD, USA. She came into the world on 14th March 1961. Her current age is 60 years old. The zodiac sign of Penny is Pisces. There are not many details of her family, parents, and childhood available. She has a sibling. Her name is Noree Victoria.

The nationality of Penny is American. She belongs to the African-American ethnicity.

How Penny start her Career?

The professional acting career of Penny Johnson Jerald began from the television series “The Paper Chase” in 1984. She was part of the show till 1986.

Penny became part of the soap opera “General Hospital” in 1986. She joined the series “Do the Right Thing” in 1989. Then, she joined the series “The Larry Sanders Show.” Her performance as Beverly Barnes made her popular. She also appeared in a number of TV shows in guest roles. “Family Law”, “Parker Lewis Can’t Lose” alongside Josh Lucas, “Cosby”, “Star Trek: The Next Generation” and “Grace Under Fire.”Likewise, she portrayed the role of Kasidy Yates in “Star Trek: Deep Space Nine.” She appeared in the recurring role from 1995 to 1999.  Penny performed the role of Laura Simon in the movie “Absolute Power.”

She was part of the series “ER” in the role of Lynette Evans between 1988 and 1999. Penny portrayed the role of Roscoe Dellums in the television movie “The Color of Friendship.” She was also part of “The X-Files” alongside Luke Wilson and Donal Logue,  “The Practice”, “Frasier”, and “Touched by an Angel.”

Moreover, Penny Johnson Jerald received a lot of popularity after she became part of the series “24” as Sherry Palmer. She was part of most of the episodes of the first, second, and third seasons of the series. Penny also appeared in the television movie “DC 9/11: Time of Crisis.” It was on 11 September 2001. She reappeared in the same role of Condoleezza Rice in the miniseries “The Path to 9/11.” It was broadcasted on 10-11 September 2006.

Apart from acting, she is also interested in teaching acting workshops. She even directs and produces plays at “Outreach Christian Theater Company.”

Penny tied knots with Gralin Jerald on 22nd June 1982.  She was only 21 years old during that time. The couple is blessed with a daughter. They named her Daneyl Jerald.

She has an attractive height of 5 feet 5 inches along with 61 kg. The size of her waist is 25 inches and her hip is 35 inches. The color of her hair is black. Her eyes are black.

Penny Johnson Jerald is active on social media platforms. She goes with the name of “Pennyjerald” on Instagram along with 2.6K followers. Penny goes with the name of “Penny Johnson Jerald” on Twitter along with 62.4K followers. Both these accounts are verified. She does not have an official Facebook account. There are few posts regarding Penny on Reddit.

The details of the salary, properties, and cars of Penny are not clear. She has an approximate net worth of $3 million.