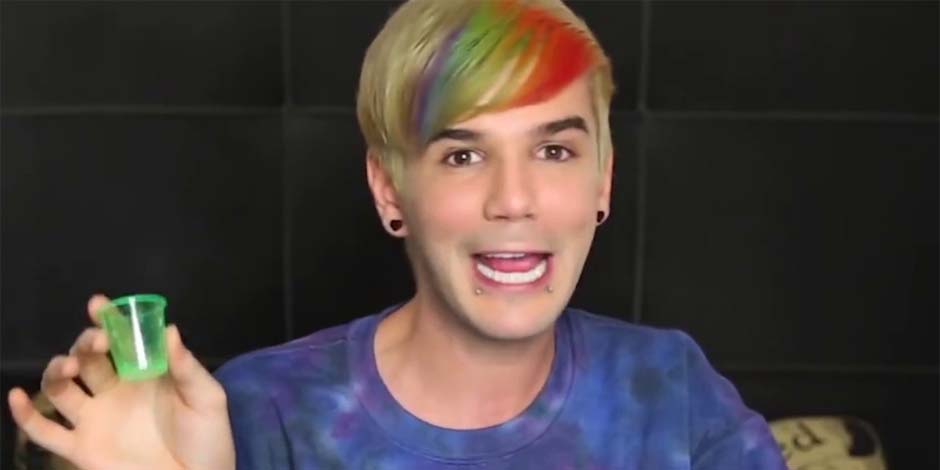 Matthew Lush is a well-known Youtuber. Lush is known for his YouTube channel name GayGod and Lush.

Matthew Lush was born in 1988, on July 1. Lush was born in Long Island, New York, the United States of America. He has not shared his parent’s names, but after his father was sent behind bars for some reason, his mother took two jobs, as a cook and as a bus driver, to support him and his siblings.

Unfortunately, he has lost his younger brother Corey who was suffering from depression and attempted suicide. Lush believes in the law of attraction and has read many books written by Abraham Hicks.

You might also want to know about Julia Schlaepfer

Matthew Lush is known as a Youtuber and is well-known for his YouTube channel named Lush and GayGod. He is a talented Youtuber mostly seen as raw and unabashed. Lush videos are insane and hilarious.

In the beginning, he got so much hate because of his sexuality and vegan lifestyle, mostly from his family and friends. Lush searches for a friend in social media and fond one who lives across the state. After talking with him, he fell in love with his first boyfriend and made a Myspace page.

Myspace page was created to upload a romantic picture of the newfound internet Clan. Later on, his page found a boom of followers that loaded him with appreciation and love, mostly his sexuality. After getting so much love and gratitude then, he changed his page Myspace into GayGod.

Lush moved with his friend and started a YouTube channel. He uploaded different eccentric videos, which shot him to the 7th most subscribed channel at that time. After that, he moved to Los Angeles. With appreciation and love of the audience, he has gathered more than millions of subscribers on his YouTube channel.

You might also want to know about Stephen Puth

His channel GayGod became one of the best one-of-a-kinds pro-gay YouTube channels. Lush usually posts videos related to lip-syncing to peppy sounds, blogs, and others. His most viewed YouTube videos are Coming out, Death Threats, and For the Pervs.

Some of his recent videos on his main channel are Reading Lush Laws Fanfics, Rainbow hair with lucky four-leaf cloves, my top five biggest regrets in life, A message to YouTube CEO Susan Wojcicki, Please resign, and many more.

Matthew Lush also has a secondary channel named Lush. He has gathered more than 865k subscribers on his secondary channel. Through his exciting video, he has amassed such a huge fan following on his channel.

You might also want to know about Jazzy Anne

Matthew Lush is gay. He is also known as a gay Youtuber of this generation with his enthusiastic pro-gay videos and no-nonsense attitude. He has dated Nick Laws and uploaded many PDA-overloaded videos and blogs, clearly showing their relationship.

Due to some reasons, Matthew and Nick get separated. He has also shared the emotional video “Thoughts of committing suicide.” Nick and Matthew dated for two years. After that, in 2016, he dated Chandler Murphy.

In addition, Matthew has also dated Connor Jon and Max Lately, according to the sources. But currently, he is focusing on his career rather than being in a romantic relationship.

You might also want to know about Jazzy Anne

Matthew Lush is a well-known gay Youtuber. He has gathered a massive fan following on his YouTube channel. Lush gathered such a decent amount of money from his profession. Matthew also has his clothing line. His estimated net worth is around $1 million.