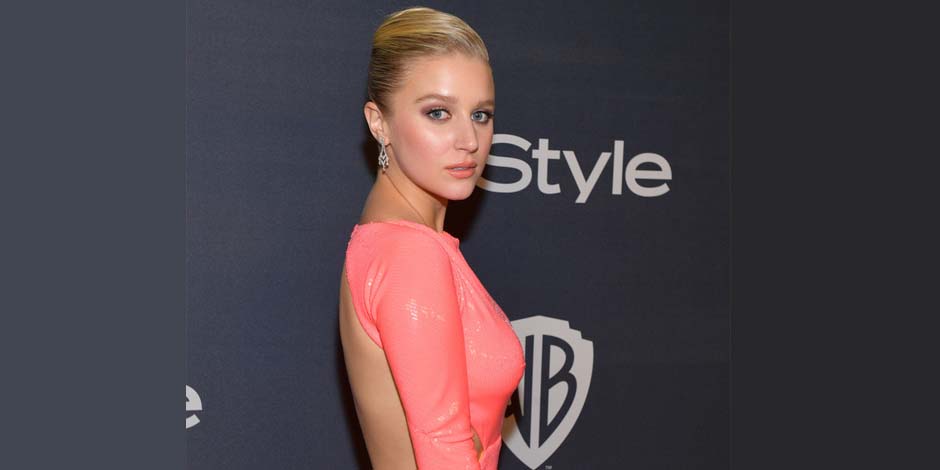 Julia Schlaepfer is a well-known American ballet dancer and actress. She is known for her roles in The Politician and Instinct.

Julia Schlaepfer was born in 1995, on March 3. She was born in Bellevue, Washington, the United States of America. Julia is the daughter of Phil Schlaepfer (Father) and Lesli Schlaepfer (Mother). She was grown up with her two brothers name Christopher Schlaepfer and Andrew Schlaepfer.

Talking about her educational background, she went to Lakeside High School. Julia also mentioned that her drama teacher Alban Dennis is her angel as he got her into acting. She has also attended Atlantic Acting School and San Francisco Ballet School. In addition, Julia has graduated from Tisch School of the Arts (New York University).

You might also want to know about Kristen Messner.

Julia Schlaepfer started her career as a professional ballet dancer. She started learning when she was just five years old. Julia usually leaves school early for her practice. Later on, she had also mentioned that “I don’t know how my high school let me get away with that” when she was in junior year.

Julia has to go through with different problems like stress, fracture, pain. So she went to physical therapy regularly. Later on, during the summer training, Julia learned an acting program taking words from her drama teachers. Julia has also performed in her University, where she studied.

Julia Schlaepfer has featured in the series “Madam Secretary” as Ashley Whittaker in 2017. In 2018, she was cast in the biographical drama film “Charlie Says about Charles Manson,” playing the role of Sandra Good, which was aired at the Tribeca Film Festival in 2019.

Julia came into the limelight after she played the role of Alice Charles in the Netflix original series “The Politician.” The Politician drama was created by Brad Falchuk, Ryan Murphy, and Ian Brennan. Among them, Ben Platt, Gwyneth Paltrow, and Alexis Martin Woodall worked as executive producers.

You might also want to know about Christian Convery.

The series is all about Payton Hobart, a wealthy young man who lives in Santa Barbara and wants to become the US president. The series was published on September 27, 2019, on Netflix. In the series, well-known artists are cast, such as Lucy Boynton, Zoey Deutch, Bob Balaban, Gwyneth Paltrow, Theo Germaine, Laura Dreyfuss, and Rahne Jones.

Her first season of the series gathered a great response with 89 reviews with a 6.74/10 average rating. The central has also reviewed the series and said that “While “The Politician” can’t uphold all of its tantalizing promises, it delivers just enough soapy satire in a sumptuous setting to keep Ryan Murphy fans invested through its’ unlikely to win him many new votes.” The second season series has gathered forty percent and an average rating at 5.84/10 based on only 20 reviews.

Julia Schlaepfer is currently single. Julia has not mentioned anything about her relationship status. Julia is presently focusing on her career rather than being in a romantic relationship. Schlaepfer has not said about her past relationship in the media.

You might also want to know about Paige Mackenzie.

Julia Schlaepfer has done such tremendous work as an actress. Schlaepfer has worked in different movies and TV series. Julia has gathered such a handsome amount from her profession. Her estimated net worth is around 1 million approximately.

Check out some interesting facts about celebrities ‘ careers, lifestyles, Relationships, Latest Net Worth, and many more on Global Stardom.