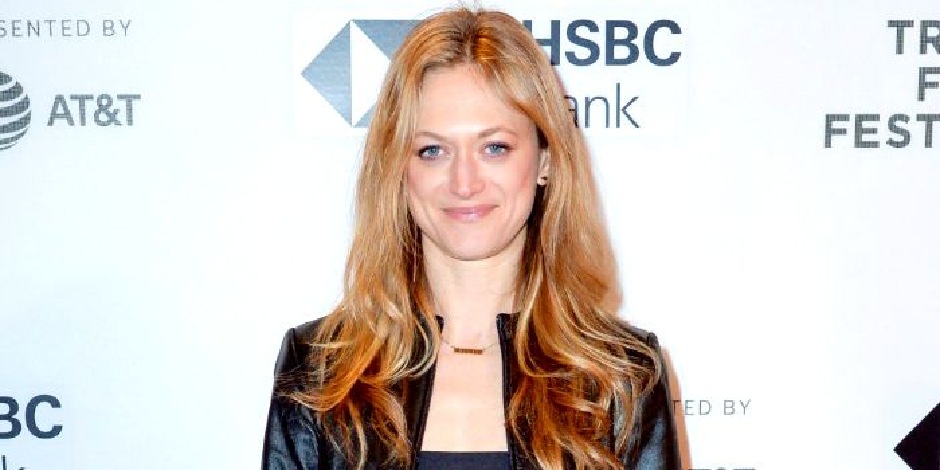 Marin Ireland is a beautiful and talented American actress who is especially known for her acting roles in plays. She has been involved in the entertainment field since 2000. This actress worked in theatre as a theatre artist and after few years, she also involved in movies and television series.

Likewise, she is known for her play ‘Reason to Be Pretty’ where she played Steph. Talking about her movies, she is famous for her role in ‘Glass Chin’ where she played Ellen Doyle. Moreover, she is also popular for her recurring role in the TV series ‘The Divide’ alongside Jane Seymour and Belle Delphine where she played Christine Rosa. Marin also has won nominations for her acting role.

Marin’s full name is Marin Yvonne Ireland. She was born on 30 August 1979 in Camarillo, California, the United States to her parents whose name is not made public. Moreover, she is currently 41 years old.

What is the academic qualification of Marin?

Marin did her schooling at Idyllwild Arts Foundation located in Idyllwild-Pine Cove, California. She then graduated from The Hartt School with a Bachelor of Fine Arts. Moreover, she also enrolled at the University of Hartford in West Hartford, where she learned performing-arts conservatory.

How Marin started her career?

Marin initially began her career as a theatre artist and worked in different theatres. She played in ‘Nocturne’ in 2000 and 2001. She then landed her play in various other theatres like New York Theatre, Fourth Street Theater, American Airlines Theatre, etc. Even after joining movies and TV series, she managed time for plays. Her latest played theater play is ‘Summer and Smoke’ and ‘Blue Ridge’ in 2018.

She landed her debut film role in ‘The Manchurian Candidate’ in 2004 where she played Army Transcriber. She then directly played in films in 2007 appearing in ‘Suburban Girl’ and ‘ I Am Legend.’

Marin played in ‘Side Effects’ and ‘Bottled Up’ in 2013. Marin also starred in the 2014 film ‘Glass Chin’ as Ellen Doyle for which she also received a nomination from the Independent Spirit Award.

Likewise, she then played the role of Rebecca in ‘The Understudy,’ Angela Paylin in ‘Rachel Getting Married,’ Esmeralda in ‘The Loss of a Teardrop Diamond,’ and Sadie Mitchell in ‘If You Could Say It in Words’ in 2008. The next year, she appeared in the comedy-drama film ‘Brief Interviews with Hideous Men’ as Samantha.

Moreover, in the year 2015, she portrayed the role of Suzanne Crosby in ‘The Family Fang’ and in ‘This Summer Feeling’ as Nina. She then had two movies in 2016 named ‘In the Radiant City’ and ‘Hell or High Water.’ In the year 2017, she played in four different movies, ‘The Strange Ones,’ ‘Aardvark,’ ‘Some Freaks,’ and ‘Sollers Point.’

Marin then played Chevonne in ‘Piercing’ and Bethany in ‘The Miseducation of Cameron Post’ in 2018. The next year, she appeared in ‘Light from Light’ and ‘The Irishman’ as Shelia and Dolores Sheeran, respectively. Her latest movies are ‘The Dark and the Wicked’ where she played Louise and ‘The Empty Man’ where she played Nora Quail in 2020.

She also played in ‘The Divide’ where she had a recurring role of Christine Rosa and ‘Masters of Sex’ alongside Judy Greer and Danny Huston as Pauline Masters in 2014, and ‘The Slap and ‘Girls’ in 2015. From 2015 to 2019, she had the main role in the crime drama series ‘Sneaky Pete’ where she played the role of Julia Bowman.

Marin also plated in the television film ‘Flint’ in 2017. Her recently played series is ‘Bull’ in 2018, ‘The Good Doctor’ and ‘Y: The Last Man’ in 2020. Moreover, she has also the main role in the second season of ‘The Umbrella Academy’ as Sissy Cooper which is still running to date.

Who is Marin Ireland Dating?

Marin Ireland previously dated Scott Shepherd in 2012. They broke up after some time and now she is currently single.

Her body measurements are 34-26-35 inches respectively. Additionally, she has a pair of light blue colored eyes with blonde hair color. Her body type is slim.

Is Marin in Social Media?

Marin Ireland holds an American nationality. Her Zodiac sign is Virgo. She follows Christianity as per her religion. She is White according to her ethnicity.

What kinds of Awards and Nominations has Marin Ireland Achieved?

Marin has won the Catalonian International Film Festival Award for the best actress for her role in ‘The Dark and the Wicked’ in 2020.

How much Is the Current Net Worth of Marin?

Marin Ireland’s estimated net worth is $1 million as of 2021.