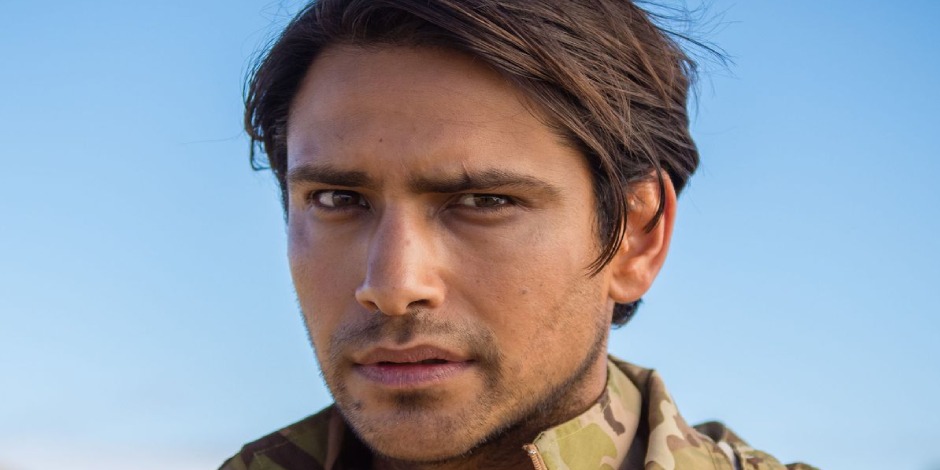 Luke Pasqualino is an actor from England. She is popular for her performance in the series “Skins” as Freddie McClair.

The birthplace of Luke Pasqualino is Peterborough, England. She came into the world on 19th February 1990. His current age is 31 years old. His parents are from Naples and Sicily. His father’s name is Pep Pasqualino. The details of his mother are not clear.  They belonged of Italian descent. She has one sibling. Her sister’s name is Natalie Pasqualino.

The nationality of Luke is English. He belongs to the Italian ethnicity.

Luke went to the “Walton Community School.” She attended the drama classes at “Stamford Art Centre.” There are not many details of his academic performance.

How Luke started his career?

The professional acting career Luke Pasqualino started from the movie “Stringers Rule!” in 2009. It was a low-budget movie. The story of the movie revolves around the effort of a football team to save their football ground from the property developers. Luke has also been part of drama series like “Miranda” and “Casualty” in guest roles. He has also been part of various stage work.

Similarly, Luke was also part of the series “Skins” between 2009 and 2010. He portrayed the role of Freddie McClair in the series. He was in the series till the end of the four seasons. The makers of the series replace the characters every two seasons. He was part of the movie “The Apparition” in February 2010. He shared the screen along with Ashley Greene and Tom Felton. The movie hit the theatres in August 2012.

Moreover, Luke portrayed the role of Paolo in the television series “The Borgias” in September 2010. He shared the screen along with Ed Speleers and  Jessica Szohr in the movie “Love Bite” in July 2012. Luke appeared in the television series “Battlestar Galactica: Blood & Chrome” in October 2011. He portrayed the role of William in the series. The series was released on “Machinima.com” on 9th November 2012. After the airing of ten episodes of the series on the website, the series started to broadcast from cable channel “Syfy” at the beginning of 2013.

Similarly, Luke appeared in the series “Jo” in 2013. He was also part of the series “The Musketeers” between 2014 and 2016. Luke was part of the movie “Snowpiercer” as Grey in 2013. The story of the movie revolves around the struggle of train passengers to survive during the time of snow and ice. Luke appeared in the movie “Smartass” in 2017 and “The Gandhi Murder‘ in 2019. He was part of the series “Our Girl” as Elvis Harte between 2016 & 2017 and “Snatch” as Albert Hill between 2017 & 2018. Luke was recently seen in the series “Death in Paradise” as Ed Lancer in 2021. His upcoming “Netflix” series is “Shadow and Bone” alongside Amita Suman, Archie Renaux, and Danielle Galligan as David Kostyk in 2021. It is in the post-production phase,

Who is Luke Pasqualino dating?

Luke was in a relationship with his girlfriend Perrie Edwards in 2016. Perrie is popular as “Little Mix Star.” There was the accusation that Luke has cheated on her. Luke was also connected with Michelle Keegan.

Is Luke on Social Media?

How much is the Current Net Worth Luke Pasqualino?

There are not many details of his salaries, properties, and cars available. He must have an approximate net worth of $2 Million.