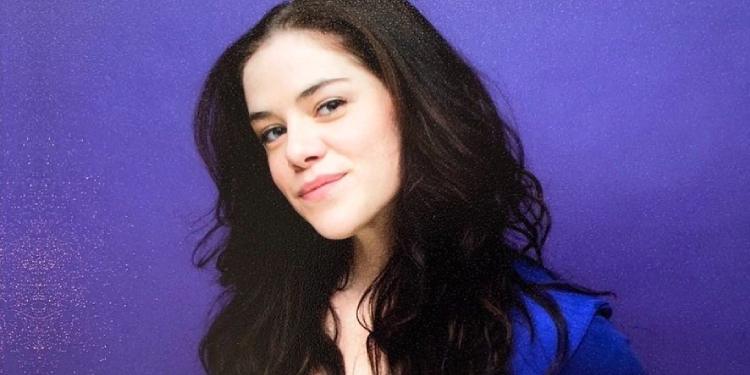 Kaniehtiio Horn is a Canadian actress who is well-known for her role in the television film Moccasin Flats: Redemption. She is widely known for her appearance in the films The Trotsky, Leslie, My Name Is Evil, and The Wild Hunt. She had also portrayed in the web horror series Hemlock Grove and the sitcoms 18 to life Letterkenny.

Kaniehtiio Horn was born on 8 November 1986 in Ottawa, Ontario, Canada. Her mother’s name is Tineta Horn. she is a Mohawk former Model and used to be a political activist for the Kahnawake First Nation. Her father was of German and Scottish descent. He is a lawyer. She had an older sister’s Waneek Horn was a co-captain of the Canadian Women’s Water Polo team at the 2000 Sydney Olympics. She has another sister named Dr. Ojistah Horn and Kahente Horn-Miller.

Waneek Horn was stabbed in the chest by a soldier wielding a bayonet. Photo of that incident was published on the front page of the newspaper to symbolize the standoff between the Canadian government and Mohawks. Kaniehtiio Horn holds Canadian Nationality and falls on Canadian Ethnicity. Her zodiac sign is Scorpio.

Kaniehtiio is 34 years old actress with a good height and a hourglassed body. she has grayish eyes and brownish hair. She has a pretty good smile. Her Height, Weight, Body measurement, Shoe size, and Dress size are yet to be specified.

Horn dreamed of becoming an actress from a small age. She was passionate about acting but she concentrated on swimming and water polo during her teenage. She studied theatre arts at Dawson College in 2005.

How did Kaniehtiio Horn start her career?

Horn was first credited for the CBC television miniseries Indian Summer: The Oka Crisis in 2006. She starred as Monica Bellow in the CBC television sitcom 18 to life. She has also done a voiced role in the cartoon APTN, which she made with the collaboration of Joseph Tekaroniake Lazare.

Kaniehtiio Horn has appeared in numerous short films and series. Some of her portrayals include Myriam in “The Colony”, Caroline in ‘The Trotsky’, Princess Lyn in ‘The wild Hunt’, Katie in ‘Leslie, My Name Is Evil’, Johanne in ‘Good Neighbours’, High Priestess in ‘Immortals’, Okwaho in ‘Mohawk’, Nicole in ‘Embrace of the Vampire. She has done the voice of Cho in Gene-Fusion.

Horn played the role of Destiny Rumancek, a Romani witch in a Netflix series Hemlock Grove. She worked alongside Famke Janssen, Dougray Scott, Bill Skarsgard, Landon Liboiron, and Lili Taylor in that series.

Kaniehtiio had appeared in the renowned television series ‘Supernatural’. She portrayed Dorothy Baum and made her first appearance in the episode: Slumber Party.

She gave her outstanding performance in the series Letterkenny. She is still working in this series since 2016. She has already appeared in 20 episodes of Letterkenny in the role of Tanis.

Some of her portrayals in TV series include Nicole in ‘What Would Sal Do?’, Tara in ‘Ghost BFF’, Kyra in ‘Wayne’, Mari in ‘Barkskins’, Rynn in ‘Defiance’, and Lindsey in ‘Being Human’.

Kaniehtiio is in a relationship with her long-term boyfriend Brad LaRocque. She has revealed her relationship on her Instagram.  Her partner Brad is an anti-socialized person. He prefers to keep his life private.

Kaniehtiio is dedicating and hardworking actress. she earns a decent amount of money by acting in different Movies and TV series. Horn estimated Net Worth is $1 million.