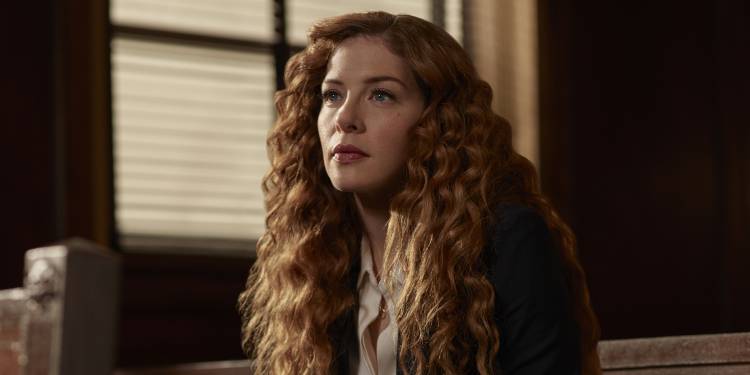 Rachelle Marie Lefevre, also known as Rachelle Lefevre is a Canadian actress, who is famous for her role Victoria in Twilight and Stacey in Big wolf.

She starred in What About Brian, Boston Legal, Victoria Sutherland, and Under the Dome.

Rachelle Lefevre was born on 1 February 1979 in Montreal, Canada. She raised in a non-denominational family and her family is Jewish. Her father Jean Lefevre is an English teacher and her mother Kate Lefevre is a psychologist. Her father’s family is originally from Northern Ireland. She spent her childhood with three sisters. They speak both English and French.

Lefevre studied in a private high school, Centennial Academy. She was always passionate about learning. She joined Dawson College to study Arts. She attainted Walnut Hill School in Natick, Massachusetts to study theatre for two summers. She joined Mc-Gill University for her higher study. She studied a degree in education and Literature there but never finished it. She holds Canadian nationality. Her zodiac sign is Aquarius.

Rachelle is 42 years old girl with a pretty good height of 5 feet and 6 inches. She has fair skin with red hair and eyebrows. She has blue eyes and has Hourglass body. The body measurement of Rachelle Lefevre is 32-26-32. She has a weight of 62kg. Her dress size is 8 US.

Are Rachelle and Chris Crary still together?

Rachelle married the chef Chris Crary. They had a secret local ceremony with no media in their marriage. Lefevre was in a relationship with Jamie Thomas King since 2009. She had at least two relationships before dating Jamie Thomas. Rachelle lives in Los Angeles, California. She doesn’t have any children yet.

How did Rachelle Lefevre start her career?

Rachelle Lefevre used to work as a waitress at a Shushi bar in Westmount. One day Canadian television producer came to the bar and he heard Rachelle telling her hostess that she wanted to be an actress. He gave her a chance to audition, for a role in the sitcom ‘Student Bodies’ and her acting career began.

Lefevre’s debut in ‘Student Bodies’ didn’t take a headshot for her career but she got a call from the casting director for a leading role in the Canadian TV series Big Wolf on Campus in 1999. Rachelle has done lots of movies, series, and sitcom. She moved to West Hollywood, California in 2004 and appeared in the film, Noel. Then she got the opportunity to become a Hollywood actress. In 2009, she appeared in CBC television Miniseries ‘The Summit’. She starred in many movies and series such as Deception, The River King, Edge of winter, The caller, undress, charmed, Off the Map, Battle of the Network Stars, and Mary Kills People.

Rachelle’s main shot was her role in Twilight. She portrayed the renegade Victoria in Twilight and New Moon. But, the production team replaced her with Bryce Dallas Howard in Eclipse. She was very saddened by the decision on replacing her.

Lefevre gives her full dedication and effort to any movies or series she appears. She got nominated in ‘ACTRA Montreal Award 2011’ for outstanding performance for ‘Barney’s Version (2010)’. She won the ‘Teen Choice Award’ in 2010 for the Choice movie: villain for the movie The Twilight Saga: New Moon.

Net Worth and Charity

Rachelle Lefevre has amassed an estimated net worth of $1.5 million. She is kind-hearted. She donated $100 to Susan G. Komen as a charity for Breast Cancer, for every 10,000 people who followed her on Twitter. She supports Best Friends Animal Society. Rachelle appeared in public in 2009, to urge people to adopt their next pet. Recently she announced that she has now donated over 2000 ounces of breast milk to a milk bank. She supported Senator Bernie Sanders for president in the 2016 U.S Presidential election.