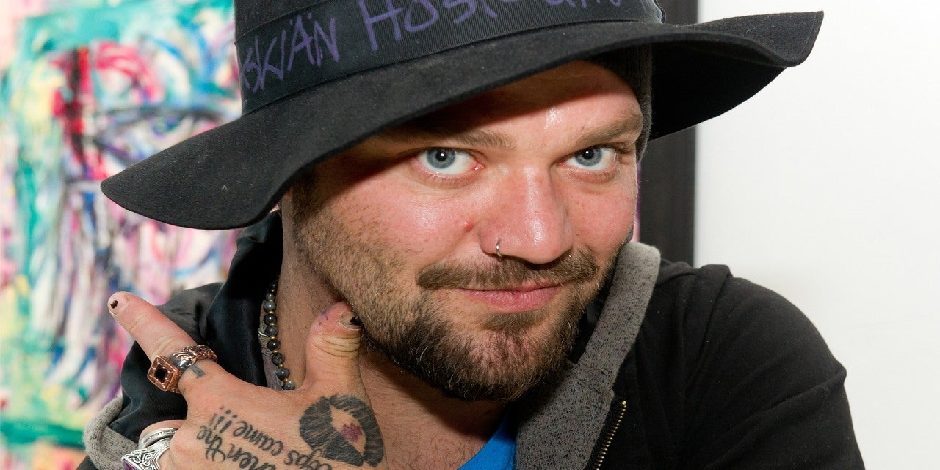 He also worked as the co-creator and the executive producer in both these series. Besides his acting and producing career, Bam Margera is also a former professional skateboarder who used to be a member of the American skateboard company, Team Element.

However, he was initially sponsored by the skateboarding company, Toy Machine Skateboards. Moreover, he has also been nominated by Teen Choice awards twice and the MTV Movie and TV awards once in his professional career as a TV personality.

Bam Margera’s full name is Brandon Cole ‘Bam’ Margera. He was born on 28 September 1979 in West Chester, Pennsylvania, the United States to his mother, April Cole, and to father, Phil Margera who are both American reality television personalities. He was born and raised alongside his elder brother, Jess Margera who is an American musician in Chester County, Pennsylvania. Besides this, he is currently 41 years old with the zodiac sign of Libra.

What is the academic qualification of Margera?

Bam Margera studied in the West Chester East High School located in Chester County and dropped out after completing his junior year.

He stands at a height of 5 feet and 10 inches (1.77m/177cms) tall and weighs around 70kgs (154lbs). Moreover, he has an average build body with a pair of blue colored eyes with dark brown colored hair.

What is the relationship status of Margera?

Is Bam Margera in the Social Media?

How Bam Margera Started his Career?

Margera gave his debut performance in the world of entertainment in the year 2002 when he appeared as himself in the 2002 American comedy movie, ‘Jackass: The Movie’ followed by the role of an Irish dock worker in the American comedy action movie, ‘Charlie’s Angels: Full Throttle.’

In the year 2009, he played the role of Lenny and helped in the script, direction, and production of the movie, ‘Minghags: The Movie’. His most recent work came in the year 2017 when he appeared as himself in the American documentary movie, ‘Dumb: The Story of Big Brother Magazine’.

Bam Margera has appeared numerous times in the skateboarding video game series, ‘Tony Hawk’s which include the 2007 ‘Tony Hawk’s Proving Ground’, ‘Tony Hawk’s American Wasteland’, ‘Tony Hawk’s alongside Kelly Stables Underground 2’ and many more. Moreover, he has also lent his voice for the role of the liquor shop owner in the 2006 open-world adventure action video game, ‘Scarface: The World is Yours’.

What kinds of Awards and Nominations has Bam Margera Achieved?

How much Is the Current Net Worth of Bam Marger?

As of the year 2020, Bam Margera has an estimated net worth of around $20 million.