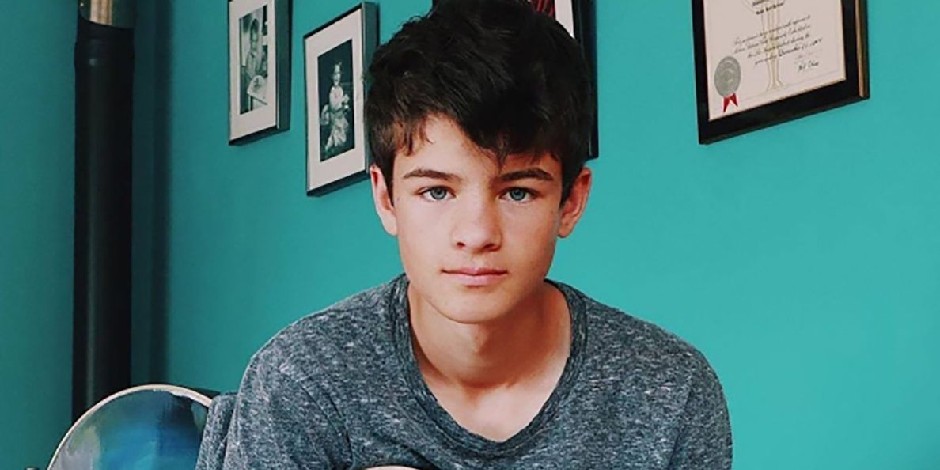 Ferdia Shaw is an actor from Ireland. He is popular for his performance in “Entertainment Tonight Canada,” “The One Show,” and “Artemis Fowl.”

Where was Ferida Born and Raised?

The birthplace of Ferdia Shaw is Dublin, Ireland. He came into the world on 29th June 2004. His current age is 16 years old. The name of his father is Colin Shaw. He is an employee in the IT field. Colin has also acted in the movie “Wedding in White.”

Ferdia’s mother’s name is Lucy. She is a breastfeeding counselor. Ferdia has two siblings. They are his elder brother Tiernan and elder sister Maeve. Ferdia is also the nephew of Ian Shaw and Donald Sylvester.

Check out the latest updates on Child Actress Sidney Fullmer

Is Ferdia Shaw carrying the acting legacy of his family?

Yes, Ferdia Shaw is carrying his family legacy in the acting fraternity. Ferdia is the grandson of popular actor Robert Shaw and actress Mary Ure.

Robert Shaw was an actor, playwright, and novelist from England. He is popular for his performance in his Shakespearean plays like “Macbeth,” Henry VIII,” and “Cymbeline.” Robert even got the opportunity of going on the tour to perform in those plays in Australia.

Moreover, Robert was also the lead character of the TV series “The Buccaneers.” He began his movie career in full fledge from the James Bond movie “From Russia with Love” in 1963. Robert started getting more praise for his performance in the movie adaption of the play “The CareTaker” titled “The Guest.”

Similarly, Mary Ure was a popular stage and screen actress of her time. Mary was from Scotland. She is popular for her performance in “Look Back in Anger” in 1957 and plays like “The Exorcism.”

Mary was active in drama since the age of 16. Her first stage performance was of “Virgin Mary.” It was the recommendation of the headmistress of her school “Mount School.” The performance opened her doors in the entertainment scenario.

Moreover, the drama producers provided her with the fellowship at “London’s Central School of Speech Training and Dramatic Art.” Mary was in dramatic school for about three years.

She has also been part of iconic plays like “Hamlet” & iconic roles like “Titania” and “Desdemona.” Mary started her movie career from “Storm Over The Nile” in 1955. It was only one year after her professional play debut, “Time Remembered,” in London.

Check out the latest updates on Youtube Star Brandon Bowen

A love story that won the society

There is more to offer when we talk about the grandparents of Ferdia Shaw. Despite being iconic actors, they were also amazing lovers. Both of them were previously married and had a family with their former partner before knowing each other. But their growing love broke all the walls, and they divorced and got married to each other.

Moreover, Mary was married to John Osborne. Robert, who was also married and the father of four children, met Mary when she was in her white dressing gown. It was at around 3 a.m. Robert slipped his number on her gown. Mary called him the following day.  They even shared the stage for the play “The Changeling” at the “Royal Court Theatre.”

Mary Ure gave birth to a child on 31st August 1960. It was when the couple had not divorced their previous partners. Mary legally separated from her husband in 1963. She exchanged wedding vows with Robert in April 1963. She gave birth to Hannah, Elizabeth, Ian, and Colin (Ferdia Shaw’s father).

Check out the latest updates on Johnny Carell

Similarly, Ferdia Shaw started uploading pictures on his Instagram on 23rd June 2017. It was his appearance in the “Last Brewer.” He loves sharing both professional and personal content on his Instagram.

Ferdia loves traveling and spending time with his family and friends. He is also a music lover. He has also uploaded a jamming guitar session on Instagram.

Ferdia Shaw seems to enjoy his life with his family, friends, acting, and study rather than spending time on Instagram. He seems to focus on establishing a strong connection with the people rather than focusing on virtual connections.

Ferdia Shaw is still in the beginning phase of his career. He has a long way to go. There are not many details regarding his personal life available. The details about his salaries, properties, and net worth are not clear. We will update you about it in the coming days.