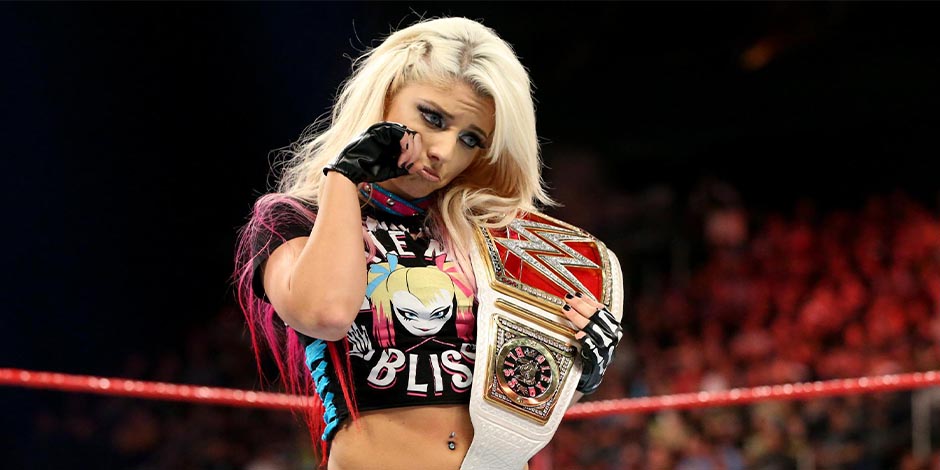 Who is Alexa Bliss?

Sports are not just for entertainment. They are a growing phase, a learning phase, and an opportunity to create history. A fully focused player can not only increase the reputation of the game but also contributes to society in many ways. Most of the people think that it is just a source of refreshment. But for the players, it is a part of life. The moment when they feel alive. It is actually a journey of emotions. If we analyze a football batch between my two teams, we can see a change of emotions of both the players and audiences in different intervals of time. Not only football, but every sport consists of this effect.

Moreover, the dedication and passion of players make them legendary. But there are some players who are not able to continue their passion due to many circumstances. Out of my circumstances, family pressure is also one. The greatest challenge for a player is to establish his or her name. Unless and until they are able to earn adequately to show the family security, players face the pressure of leaving the journey towards the champion. And it’s also devastating. But still, there are some families, who fully support a player in their house to face any hardships just to fulfill their dream. A player needs to show a great amount of enthusiasm and sportsmanship to earn this level of support.

Likewise, Alexa Bliss is also one the successful player since her school days who succeeded to show her a shining career to her family. People know Alexa for her engagement with “Smackdown” and “RAW” of “World Wrestling Entertainment.” But she has always been a veteran sports lover before establishing her name as one of the Topmost wrestlers in the world. And she has a long journey towards fame.

Angela Kaufman gave birth to Alexa in Columbus, Ohio, the USA on August 9, 1991. Her father’s name is Bob Kaufman. Although the family had problems with finance, they always gave priority for happiness over wealth. As a result, instead of limited income, they always planned the trip to “Walt Disney World.” This is also one of the ways that parents can bring up their children. It really gives a strong message that no matter how hard life gets, you can always create some moments to cherish with family.

Alexa was an active girl since her childhood. She started showing interest in sports since the age of five. Her parents felt her enthusiasm and decided to support her to make a career in sports. Then, her parents made her join a gymnastics class. And she started developing an interest in softball, kickboxing and did well in most of the sports including swimming. 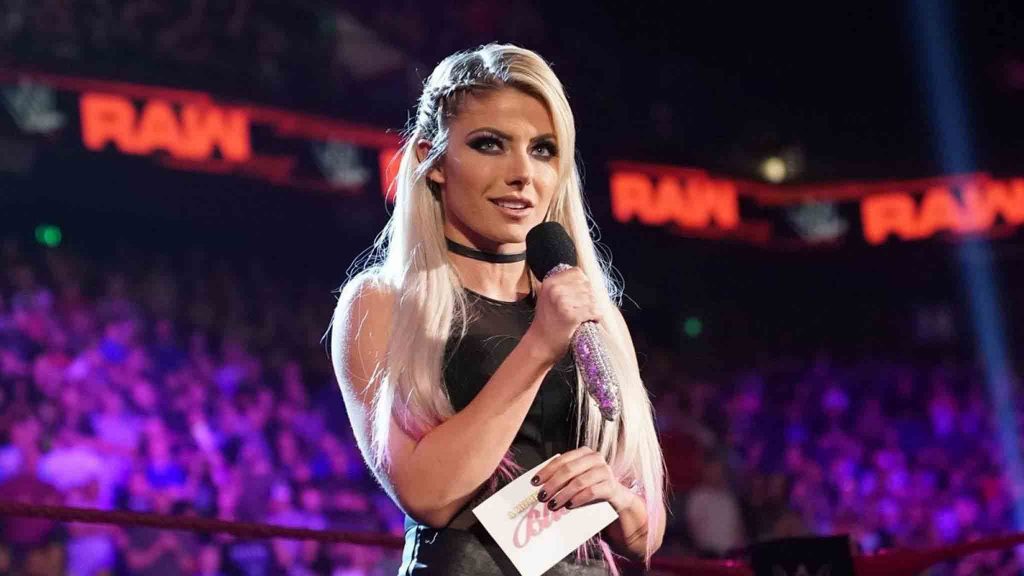 Alexa Bliss was not only good at sports but also active in her studies. She had joined “Providence High School” in North Carolina, USA. She succeeded to become a cheerleader in her school days. And got the chance of performing with “Hilliard Davidson High School.”

Unfortunately, she faced an eating disorder. This became life-threatening but she was a sportsman who knows how to fight and tackle the problems. This condition became weak in front of her interest for bodybuilding and she overcame it. Likewise, she started participating in the competitive bodybuilding championships.

Alexa Bliss started her career as a professional bodybuilder for a short amount of time. She received the pro card of “International Federation of Bodybuilding and Fitness” (IFBB). Alexa became one of the youngest females to earn the pro card. Likewise, she also got the opportunity to participate in the annual prominent bodybuilding championship: “IFBB Arnold Classic Bodybuilding Championship.”

World Wrestling Entertainment(WWE) signed her as a professional wrestler in 2013. She became the part of the developing brand of WWE called “WWE NXT” as she was a beginner. Alexa did her wrestling onscreen debut from “WWE NXT” in July 24 episode. The recording of the episode was on June 20, 2013. In the episode, she had congratulated the first “WWE NXT” women champion, Paige.

After a year, she did his debut as a wrestler for the “WWE NXT Women’s Championship” on May 8, 2014. She won in that first round of the championship against Alicia Fox but lost in the semifinals with Charlotte Flair. Charlotte Flair is the daughter of Ric Flair. 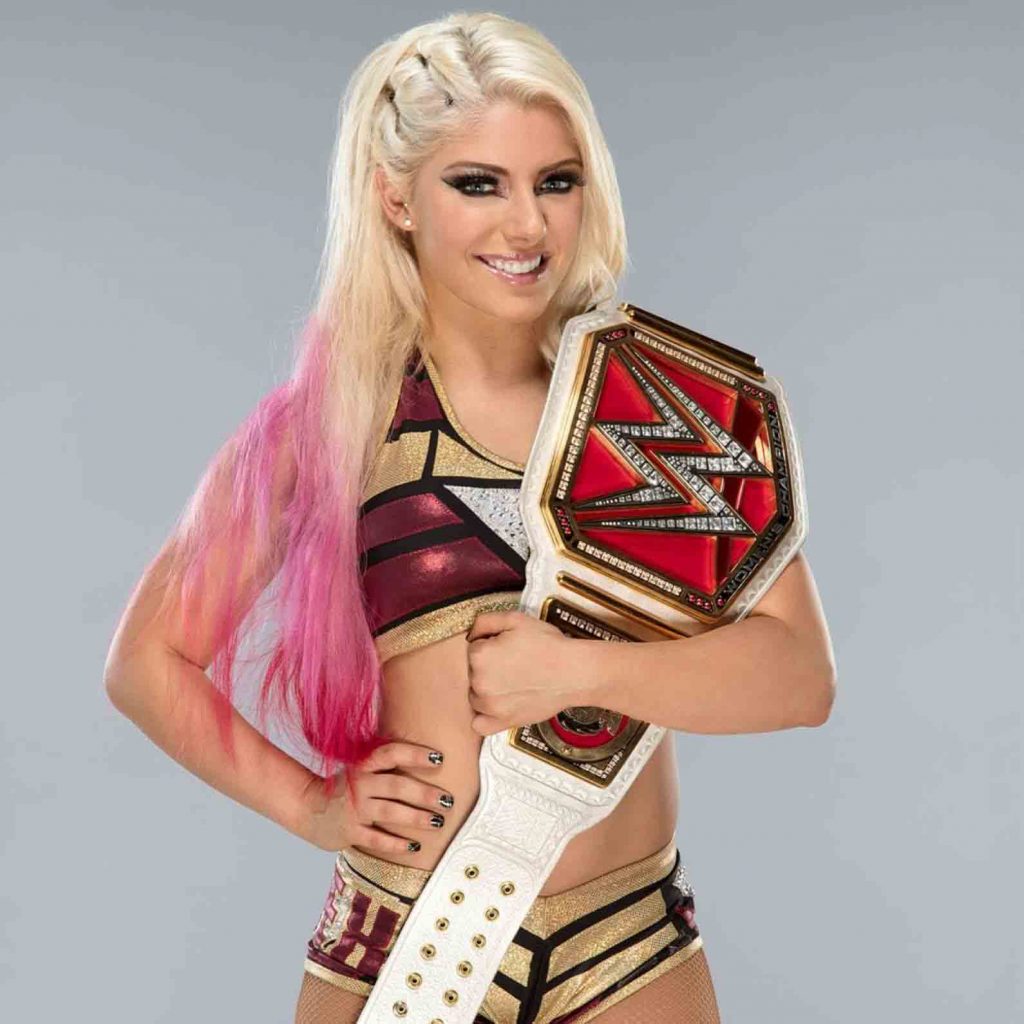 Likewise, Alexa won “Smackdown Women’s Champion” by defeating Lynch in a tables match of the “TLC: Tables, Ladders & Chairs” on September 11, 2016. She defended the title with Lynch on a “Steel Cage ” match on January 17, 2017. But she lost the title against Naomi on February 12. And she achieved the title again on February 21, 2017. This created history in WWE. She became the first woman to secure the title “SmackDown  Women’s Championship” for two times.

Then, Alexa Bliss joined the “WWE Raw” brand on April 10, 2017. She became the part of “Superstar Shake-up.” Her debut fight in “Raw” was against the women champion Bayley. Then, she fought Bayley in “WWE Payback”  and won the title on April 30, 2017. She became the first woman to hold the title of women’s championship both at “Raw” and “Smackdown.” Alexa lost and won the title of “Raw Women’s Championship” time and again. she succeeded to gain the title third time against Nia Jax on June 17, 2018.

Alexa Bliss had done engagement with Australian wrestler Mathew Adams in 2015. The wrestler goes with the stage name of “Buddy Murphy.” The couple ended their engagement in 2018. 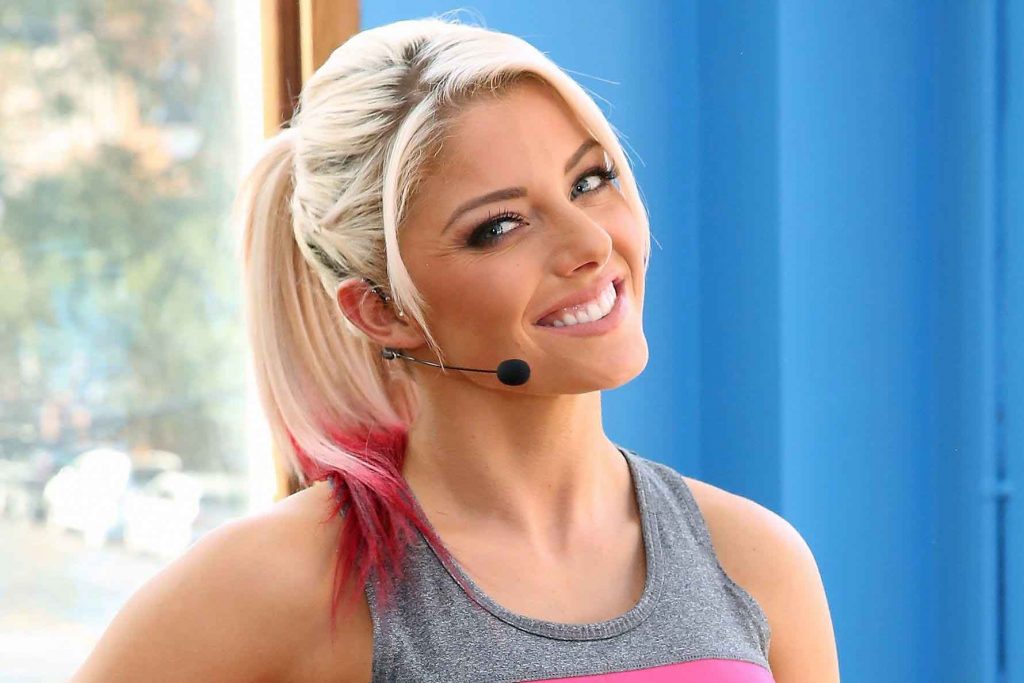 Alexa Bliss is quite active in Social Media platforms. She goes with the name of “alexa_freaking_bliss” on Instagram with 4.8 M followers and “@AlexaBliss_WWE” on Twitter with 1.5M followers.

Alexa Bliss has been part of WWE for the past seven years. She has won various title matches and is going great with her career. According to the evaluation of her matches and essentially sports.com, Alexa Bliss has an annual salary of $350,000 as per WWE contract and an approximate net worth of $2.3 million.

The birth name of Alexa Bliss is Alexis Kauffman. She uses the name Lexis Kauffman also in social media platforms. Her current he is 29 years, her nationality is American and ethnicity is White. She has an average height of 5 feet 1 inch with a complimentary weight of 46 kgs.