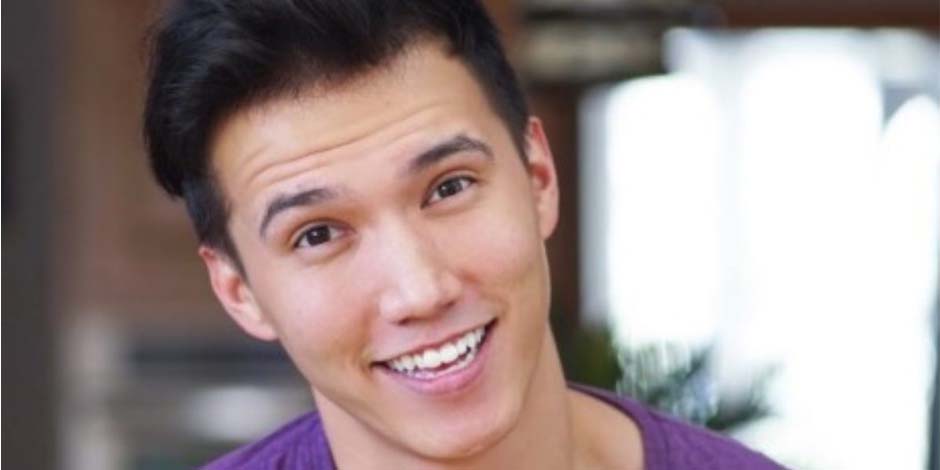 Aaron Burriss is known as a Filipino Youtuber. He is known for his YouTube channel named Lazyron Studios. Burriss usually uploads videos related to blogs, challenges videos, sketches, and parodies.

Aaron Burriss was born in 1989, on February 4. He was born in the Philippines. Currently, Aaron is 32 years old. Aaron Burriss is the son of Maribel Burriss (Mother) and Adam Burris (Father). Aaron had moved to Montana when he was about a year old.

After a while, his family also moved to Lexington, Kentucky, and later North Carolina. Burriss has grown up with his two brothers and one sister. His brother’s names are Alex Burriss and Andrew Burriss, and his sister’s name is Mariah Burriss. Alex Burriss is also a fellow YouTube under the name Alex Wassabi.

Talking about Aaron Burriss, educational background, he went to a private school in Kentucky. Later on, he went to the middle school in North Carolina after his family moved there. Aaron Burriss’s middle is quite unsatisfying because of his short, fat kid with braces and squinted eyes who often bully.

Aaron Burriss studies hard for good grades and escapes from bullying. Later on, he changed the high school and had a physical transformation with slim body weight. After completion of high school, Aaron went to the University of North Carolina at Charlotte. He became close to his friends name Ant, Kyle, and Zach, who usually appear on his videos.

Aaron Burriss is a well-known Youtuber known for his YouTube channel name “Lazyron Studios.” Aaron is such a lazy boy in his college time and always used to do the tasks and find alternatives to fame.

He has started his career as a Youtuber joining a YouTube channel on March 30, 2013, named Lazyron Studios. Burriss usually posts videos that include pranks, parodies, sketches, challenges videos, and also blogs. After getting more subscribers, he usually posted more videos every day.

Aaron usually appeared on his brother’s YouTube channel also. Most of his friends are also featured in his videos. Aaron has also appeared in other YouTube channels like Pop sugar Girls, Guide for the video How to break up (but nicely) with Aaron Burriss for the channel Pour Decisions with Candace section.

He has also seen on the channel name “LeendaDProductions” for the video “Running into your Ex-Girlfriend.” However, Aaron’s most viewed video is “He only has two years to live,” published on November 7, 2016, which gathered 7 million views.

Aaron Burriss has also collaborated with his brother and Merrel Twins. Aaron has also posted videos with his best friend, Veronica. Their most viewed collaborative video is “She Took Me Away for My Birthday.”

Besides Youtuber, he is also an actor. Aaron has gathered such massive popularity through several YouTube series such as Prom Knight (2020), The Commute (2016), and My Romeo? (2018).

Aaron Burriss might be currently single or maybe in a romantic relationship. Aaron has not shared the information regarding his relationship till now. Burriss usually posts a picture with his best friend Veronica but never claimed her as a girlfriend. Aeron and Veronica may be best friends only and working for YouTube videos.

Previously, Aaron had dated fellow Youtuber Kimmy Dufresne, who usually appeared in his videos when they were together. Later on, due to some personal issues, they got separated in April 2016. After that, he dated Sarah Wolfgang, who is part of the K-Pop girl group called “Tahiti.” But their relationship did not run longer and split in mid-2016.

Aaron is a well-known Youtuber. He has gathered such a decent amount from his career. Aaron is living such a lavish life through his earning. His estimated net worth is around $3 million, and his average income is $3,000 per day.