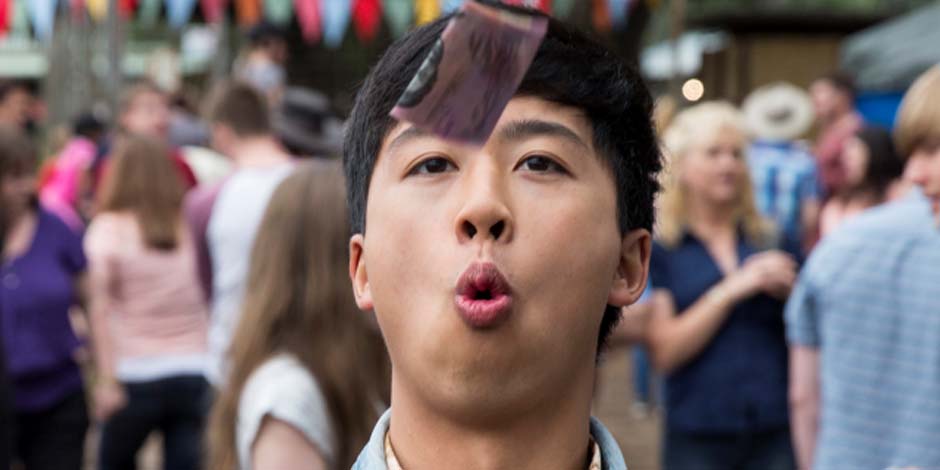 John Luc is a well-known Youtuber. He is known as mychonny. John Luc has five different channels. John Luc is also popular on other social media sites. John is also an Actor and Writer.

John Luc was born in 1991, on January 18. He was born in Melbourne, Australia. John is currently 30 years old. Luc has not shared his family background till now.

You might also want to know about Kassie Johnson.

John Luc was grown up with his older sister named Serina. Talking about his educational background, he has not shared information regarding his educational journey. However, looking after his age, he might complete his graduation from the reputed University near his hometown.

John Luc is a well-known Vietnamese-Chinese Youtuber. He is mainly known as mychonny. He has five different channels. John started his YouTube career in1 March of 2008. John creates videos related to Asians with his friends and family.

John Luc five channel named mychonny, yourchonny, chonnyday, chonnylive, and kpopchonny. Luc created his first YouTube channel on March 1 in 2008. He has gathered more than 1.06 million subscribers on his mychonny YouTube channel with more than 154 million views until now.

Some of his videos uploaded on his mychonny channel are Fine Dining vs. Asian Restaurant, Asian Gangsters- Chinese vs. Vietnamese, Being an Asian Australian, Having dinner with Asians, Getting Kicked out of school, which gathered more than millions of views.

John created his second channel in 2009, on January 3. Till now, Luc has gathered more than 1.06 million subscribers with 146 videos. Luc usually upload videos related to funny, comedy videos, and reaction videos on this channel.

You might also want to know about Corey Pritchett Jr.

Some of the recently uploaded videos are when your parents talk behind your back, Asian dad invites Aussie for Dinner, Vietnamese Dad gets a Covid-19 Test, Aussie Neighbor Asian Neighbor, and others.

John created his third channel, named chonnyday, on August 15, 2010. He has gathered more than 681k subscribers with 117 million views. Until now, he has uploaded 389 videos. In this channel, Luc uploads videos related to food and travel with his girlfriend.

Some of the videos uploaded in this chonnyday channel are this seafood Buffet was worth it, Trying Australian fast foods-Eating an Oporto Feast, Eating Filipino Food the Right Way in Sydney, Cheap Eats in the Suburbs of Sydney ft. CABRAMATTA Yum cha & Lebanese food, Master Chef Dinner with a Dessert God ft. Reynolds Poernomo, and among others.

John has created his fourth channel, named chonnylive, on March 26, 2011. He has gathered more than 151k subscribers with 46 videos and 10 million views. He usually does live to stream and play a live game on this channel. Some of his videos are Chonny quits streaming Apex legends (Live), Chonny gets arrested-Fall Guys (Live), and others.

John Luc has created his fifth YouTube channel on November 29, 2011, named kpopchonny. John has gathered more than 154k subscribers and 18 million views till now. In this channel, he usually uploads videos for K-Pop fans.

Luc has also released a famous parody cover of PSY’s “Gangnam Style” on his kpopchonny YouTube channel. He has also published his movies named China boy Show (2017), My Chonny Moves in (2015), and Sucker (2015).

John also runs merchandise. He sells cutlery, lunch box, spoon sets, Dinner set, travel dinner sets, bottles, So Good Cups, The Potato, and others. You can find this on chonnydayshop and also contact on [email protected] for more information.

You might also want to know about Katie Donnelly.

John Luc is a well-known Youtuber, actor, and Writer. He has collected such a massive amount from his career. His estimated net worth is around $1 million to $5 million. John adds some amount of money from his merchandise, ads, endorsements, and others.