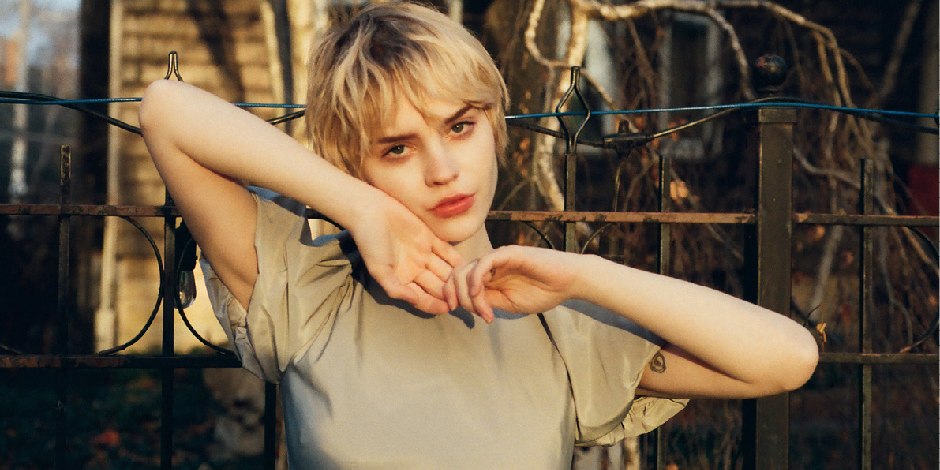 Sophie Thatcher is an American actress mainly known for her role in the movie “Prospect” which was her feature-film debut.

Sophie came into fame after transferring her career from model to cinema theatre.

You might also want to know about Alex Sensation.

Thatcher attended Nichols Middle School, located in her hometown Illinois. Sophie Thatcher started her acting skills when she was four years old and grew up singing. She has a height of 5ft 5inches (165.1cm).

How did Thatcher start her Career?

Sophie Thatcher had shown her extensive acting skills at a very young age, and she became a member of the Chicago theatre and National theatre community.  During her schooling period, she later went for musical theatre in a performing arts school.

Thatcher didn’t only play the role but has acted as a producer in different theatres. Her work on stage includes productions of “Oliver,” “Seussical,” “The Diary of Anne Frank,” “The Secret Garden.” Despite her small age, she participated and focused on filmography and played roles in different movies.

For a talented and intelligent actor Sophie Thatcher, it’s not a doubt that she constantly looks excellent in any role she is given. In 2015, Sophie starred in her short cameo in “Growing Strong” as Lily Strong. For the movie “Brighter Days,” released in 2016, she also had a cameo as well as a girl. Likewise, she was also seen in “Deb’s House.” Finally, in 2017, she was given a role as Cee in the 2018 American science fiction feature-length film “Prospect” at the age of 17, for which she was praised and turned to her turning point in the film industry.

In addition to her stage work and movie roles, she extensively appeared on television too. She mainly had shown her on-screen for a short period. In 2016 “Chicago P.D.,” a TV series, was released, and for one episode, Thatcher was seen as Carolyn Clifford. Talking about one episode, she also gave her appearance on tv series “The Exorcist” as Young Regan.

You might also want to know about Jalicia Nightengale.

After getting the stardom and slowly gaining popularity among the people, she was given lots of contracts and opportunities to work in the tv industry. She appeared in four episodes in “Chicago Med,” playing the role of Deb. Recently, Sophia was also given a lead role in the tv series “When The Streetlights Go On” as Becky Monroe for her contribution to the drama industry and determination.

Sophie Thatcher is working on the new Tv series “Yellowjackets,” which will be aired on November 14, 2021. The young actor is also rumored to be in the “Stars Wars” project “The Mandalorian” franchise, possibly in season 3. However, there are no further details regarding her acceptance of the offer. So, for the time being, Sophie Thatcher is actively serving in the film industry. She has also worked with well-known actors like Derek Cecil, John Lithgow, and Katie Aselton in the drama film The tomorrow Man in 2019, which Noble Jones directed.

You might also want to know about Eli Kay-Oliphant.

Sophie Thatcher is a young actor, but she is well known in Hollywood. She has gathered adequate money at a very young age, and according to reports, it is estimated that she has a net worth of $1 million.

Sophie Thatcher’s net worth is between $1 million to $12million at the age of 20years, one month, one day. Most of her income is acquired from her professional acting in the big franchise and soon will be having more net worth as she has actively emerged in fortune movies. But there is no source claiming the exact salary she gets from her profession.