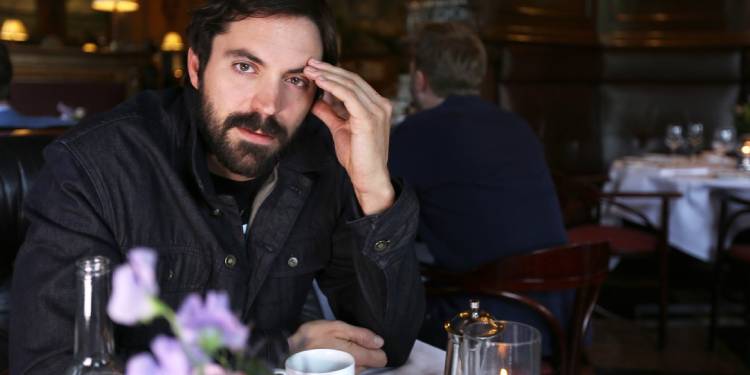 Rhys Coiro is a stage actor who is also an American and Television actor. He is famous for his acting skill in “walking Dead”, “Entourage”, “Dexter” and “sopranos”. He is widely known for “Billy Walsh” on “Encounter”. He portrayed as “Jed” in AMC’s The Walking Dead (TV series).

Rhys Coiro was born on 12 March 1979 in Santo Stefano in Aspromonte Calabria, Italy. Rhys’s father’s name is David and his mother’s name is Ann Baynes Coiro. He loved to be called “John”. He was born in Italy so he fluent in Italian. He also speaks Spanish fluently. He holds Italian nationality and follows Italian ethnicity. His zodiac sign is Pisces.

How did Rhys Coiro start his Career?

John Rhys Coiro started his career as an understudy of 3 roles in the American Premiere of Conor McPherson’s off-Broadway play “This Lime-Tree Bower” at the age of 19 years old. It was directed by Harris Yulin at Primary Stages. He got the role of Eddie the Bellhop in the “Lincoln Center” which was the revival of George S. He had played in Kauffman’s “Dinner at Eight”, directed by Gerald Gutierrez.

After the play, He decided to move to Los Angeles. And then he began to work in Construction, which includes a stint building a house with Nick Offerman. To tell the truth, the actor received he got his first on-screen acting gig, as “Billy Walsh” on Entourage, while he was digging a hole for a deck in an Echo Park.

He has acted in lots of movies and TV series such as; Dead Ant, Life Happens, Finding Steve McQueen, The unborn, Lily hammer. He played the role of  “Andrew Briggs”, a jewelry thief on DEXTER which is a crime drama with a Psychological thriller story and dark comedy. He first appeared in Dexter in season eight, episode 801, which was titled “A Beautiful Day” which was aired on 30 June 2013 on Showtime. He portrayed as “Jed” in AMC’s The Walking Dead (TV series). He first appeared in the walking dead in season 9.

Rhys portrayed as “Billy Walsh” on Entourage. It is a comedy-drama created by Doug Ellin. He appeared in season 4 is credited as “starring” in the end credits for the first six episodes of the season.

You might also want to know about Armie Hamme

John Rhys Coiro is in his early 40s but he looks like he is in his late 20s. He has very handsome looks and his killer smile. He has a pointed nose and sharp eyebrows. He stands at a height of 6 feet and 2 inches/1.88m tall. He has an average body with brown hair and has blue eyes. He looks very good with short brown hair.

You might also want to know about Luke Wilson

John Rhys Coiro is wedded with American director and writer Kat Coiro. At this moment, Rhys and Kat Coiro are living a happy married life with each other. They have three beautiful children. They are currently living in Los Angeles with their family of five.

Where did Rhys Coiro go to school?

He grew up in Princeton, New Jersey, and started his school in Princeton High School. He decided to study theatre at Carnegie Mellon University where he graduated with a BFA. He used to spend his whole time studying at “The Moscow Art Theatre” in Russia.

What is Rhys Coiro’s Net Worth?

Rhys Coiro is a hardworking and determined actor. He started earning at age of 19 as an actor. He doesn’t have any other earning source. He earns by acting in the movies and series. His net worth is around $5 million. He makes $60 thousand to $320 thousand as per his role in movies and his income per episode ranges from $20 thousand to $40 thousand. He also earns from social media. He earns about $105 to $180 per post from his social media account.

You might also want to know about Arielle Kebbe

John is very active in social media. He never fails to entertain his fan on social media. He usually posts photos and videos of him on the set of any movie he appears in. He has 20.6k followers on Instagram with the username of @rhyscoiro and his account is verified. He doesn’t have a Twitter account.