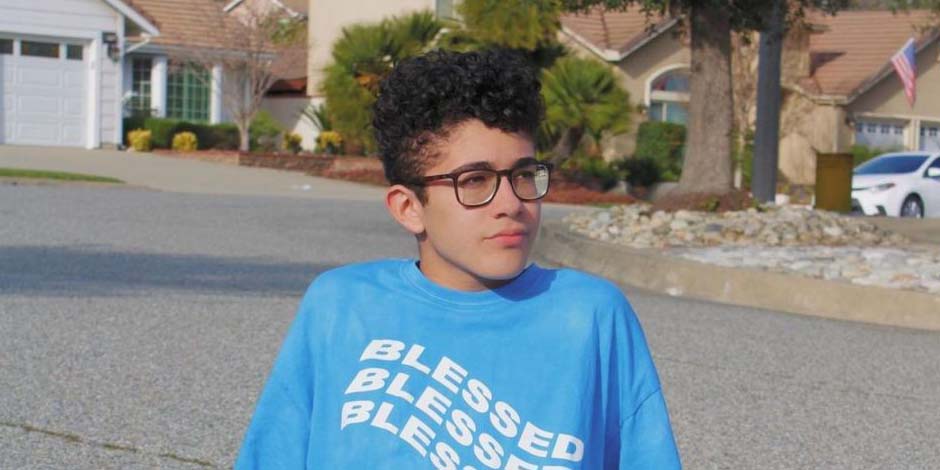 Nicolas Bechtel is a well-known American Child Actor. He is known for his character as Lewie Diaz in Disney Channel’s Stuck in the Middle. Nicolas Bechtel has also featured in episodes of Good Luck Charlie and Girl Meets World.

Nicolas Bechtel was born in 2005, on February 15. He was born in Fontana, California, United States of America. Nicolas is presently 16 years old as of 2021. Bechtel has not mentioned his parent’s details till now in the media.

Nicolas Bechtel has grown up with his sister Nicole, who is the most motivational pillar for him. He also got tremendous support and helped from his sisters to grow the way. Talking about his educational background, Nicolas has just completed high school and maybe thinking about his further study.

You might also want to know about Ami Brabson.

Nicolas Bechtel started his acting career at a very early age. He has started his journey through Soap Opera. Nicolas has acted as Spencer Cassadine in the General Hospital, which is one of the Soap operas. He was also featured as Lewie Diaz on the Disney Channel original series Stuck in the Middle in 2015.

Nicolas Bechtel has also made his television debut in the 2012 episode of the NBC Soap Opera, Days of Our Lives, in the character of Josh. He was also seen in the role of Spencer in General Hospital in May 2013. He has also worked with well-known actors like Steve Burton, Laura Wright, Genie Francis, Kelly Monaco, Kirsten Storms, Nancy Lee Grahn, and others. In 2014, Nicolas was also cast as Max Leon on Rake and Young Jordi on Red Band Society. In addition, Bechtel is a correspondent for NBC’s Extra TV hosted by Mario Lopez.

Nicolas Bechtel has also been cast in Fox’s Steven Spielberg-produced comedic drama, Red Band Society, in 2014, where he has played the role of the younger version of Nolan Sotillo’s Jordi. After that, he was featured in the Disney Pilot for Stuck in the Middle led by Jenna Ortega in 2015, which premiered in March 2016.

Nicolas Bechtel was also featured as Rob Kardashian in FX’s anthology series, The People V. O.J. Simpson: American Crime Story Stuck in the Middle was canceled after three seasons in 2018. Later on, he was cast opposite fellow General Hospital alumni Nathan Parsons in the Jeremy Camp biopic, I Still Believe, which hit theaters in March 2020. In 2020, on January 20, he had also reprised the character of Spencer for one episode.

You might also want to know about Eugenie Bondurant.

Nicolas Bechtel is currently single. Nicolas is now focusing on his career and education rather than being in a romantic relationship. Nicolas is too young to be in a relationship and has enough time to know about the relationship.

Nicolas Bechtel is a well-known actor. Bechtel has done such a great job at an early age and has many more to do. Nicolas estimated net worth is around $100k to $1 million. Bechtel has also gathered some amount through ads, commercials, and others.