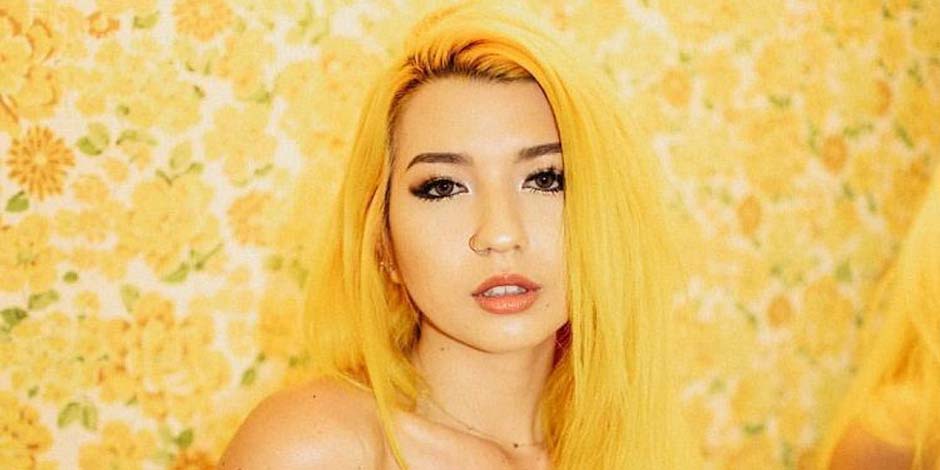 Mia Stammer is a famous Japanese-American YouTuber. In addition, she is a famous Youtube fashion and beauty blogger. Along with that, she is only a singer and often uploads cover songs on various popular songs.

Her most viewed song is “Mia Sayoko,” which was released in September 2019. Her contents are very versatile, and she often uploads vlogs, make-up videos, fashion tips, lifestyle, skits, and comedy videos.

Mia Sayoko, most popularly known by Mia Stammer, was born on 1st August 1994 in Okinawa, Japan. Her family later moved to LA, California, USA. She is quite secretive about her childhood and has not shared many details about her parents and what they did for a living. In addition, she has a brother whose details are unavailable.

Mia Stammer, who seems like she is in her early 20s, is surprisingly already 26 years old. She is 5 feet 4 inches tall and weighs 63 kg. However, she is private about her body measurements and has not shared details of her body statics, including her chest size, hip size, waist size, dress size, and shoe size.

She has a fair complexion and has short straight brown colored hair. She has a beautiful and addictive blue pair of eyes, which suits her personality and compliments her look.

Mia Stammer, along with being charming, is a very humble and warm-hearted person. Her nationality is Japanese-American, and she belongs to Asian ancestry.

She enjoys traveling, making videos, shopping, making makeup, dressing, and spending time with her friends and families. Her lucky number is number five. She is ambitious, persistent, confident, social, determined, hard-working, and has a personality similar to Leo.

How did Mia Stammer start her career?

Mia Stammer desired to be a nurse in her school days. However, she started her career as a waitress and worked at a modest family restaurant for three years before she drove her interest to YouTube. She created her channel on  September 22, 2010, and named it ‘MamaMiaMakeup”. She posted her first video on March 1, 2013, and the video was titled “DIY: Lace Denim Shorts!” which was successful and had 307k views.

She also uploads vlogs, skits, lifestyle, and comedy videos. In addition, she is famous for hair color tutorials. Her vlogs are diverse, from shopping vlogs to hilarious challenges. She also has a successful singing career. She uploaded her first song in September 2019 and named it “Mia Sayoko – 2020 (Audio).”

Her other famous singing videos are “Apologies – Mia Sayoko” on May 30, 2020, Out Of Sync,’ ‘Die Alone,’ ‘I Just Wanna Be Sad,’ ‘High,’ and ‘Like Like You’ which are lyric videos. Her most videos on the channel are Back To School: Then Vs. Now,” and “Back to School: Expectations Vs. Reality” which are loved by the audiences. She was also associated with Miley Cyrus when she uploaded a hair tutorial video, “Miley Cyrus Long Waves Hair Tutorial.” She is a perfect friend of Alisha Marie.

Mia Stammer has earned huge stardom and fortune from her 8-9 years in the YouTube field. Her estimated net worth is over $1million- USD 5million. Her main source of income is YouTube, promotional events, brand endorsements, and sponsorship.