Skip to content
Home » News » Madonna’s Daughters – How many kids does Madonna has?

Madonna’s Daughters – How many kids does Madonna has? 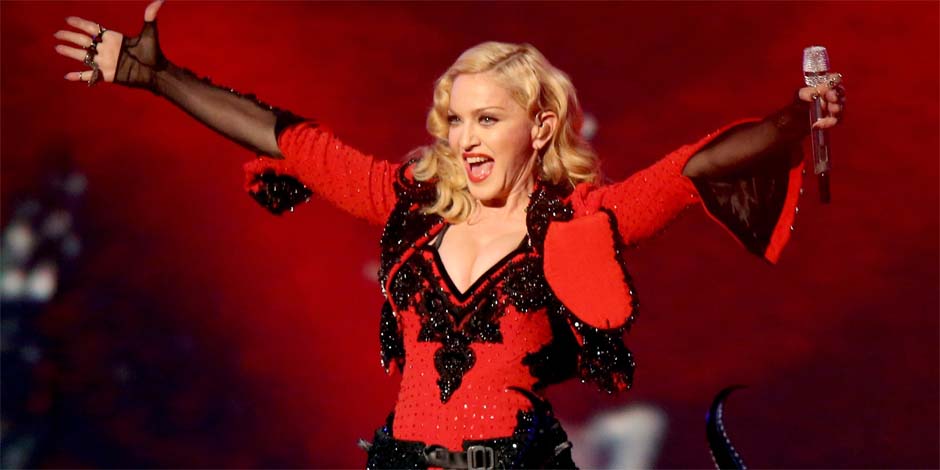 If artists have constantly reinvented themselves and stood the test of time over generations, it has to be Madonna. When she first came to New York City to build her dreams, Madonna Louise Ciccone was 20 years old and had nothing but $35 in her pockets. From that to being a global phenomenon as a pop star and cultural artist, Madonna has taken an incredible journey in her lifetime.

We all know how decorated her musical career is. She is probably been the most famous woman icon on the planet for almost four decades. Her personal life is an exciting aspect of Madonna, just like her artistic endeavors.

A mother of six

Although Madonna prefers to keep her personal life and her profession completely untangled, we do have some information that people find fascinating. A mother of 6, Madonna has kept her children away from the spotlight and has allowed them to develop and discover themselves as unique individuals with unique dreams and aspirations.

Except being a record-setting artist for years, the “Like a Prayer” singer has had an interesting romantic life. Madonna’s staple of success and beauty is a free spirit that no one has tamed for long.

Despite being married twice to actor Sean Penn from 1985 to 1989 and English director Guy Ritchie for 8 years, from the year 2000, but Madonna has not set her heart in anyone.

A woman who focused more on her career than relationships and family made sure her dedication towards her work wouldn’t be a problem in her personal life, thus choosing not to have a very complicated one.

It is tough to believe that Madonna is a mother of six children, but that is the reality. Her first child was a daughter, Lourdes Maria Ciccone Leon, welcomed into this world when Madonna was dating personal trainer Carlos Leon back in 1996. Her daughter is now 25 years old.

Lourdes has been building her career in arts and fashion. Graduating from La Guardia School of Performing Arts in New York, she has done acting roles and some modeling contracts. She was even offered a role for a Harry Potter movie, but Madonna urged her to turn it down because the two have not chosen to disclose.

Madonna and Lourdes share a very close relationship. For her 22nd birthday, Madonna shared a sweet photo and captioned it, “You’ll never know how much I love you.”

A son with Guy Ritchie

Madonna and Guy Ritchie, married from 2000-2008, had a son the year they married. Like his half-sister, Rocco, Madonna’s son, currently 21, has had a few roles in movies and likes to participate in performing arts.

Despite staying out of the spotlight as a celebrity kid, Rocco’s custody battle between Madonna and her ex-husband Ritchie gained media attention. But since he turned 18 in 2018, he is now legally allowed to make his own choices, and the case has been resolved.

Apart from having two biological children, Madonna has adopted four children at various points in time. She adopted her son David Banda in 2006.

David is 15 years of age as of 2021 and loves to play soccer. Madonna always supported her children’s passions and uplifted themselves at their lowest points. For David, Madonna and her family moved to Portugal to play and learn soccer to become good players.

Madonna even described herself as a “soccer mom” and said, “Any woman who is a soccer mom could say it requires you to have no life in a way because things change from week to week and games change from weekend to weekend — sometimes they’re in the city, sometimes they’re not, and we would never know until Thursday night whether they’re on Saturday or Sunday, if at twelve o’clock or later,” she stated in an interview with Vogue Italia in 2018. “It’s impossible to make plans, and then you feel like you’re not being fair to your other kids or being fair to me!”

When Madonna first met David Banda, he was a small baby boy battling malaria and pneumonia in the Home of Hope orphanage in Malawi, Africa. But he is now on his way to becoming a professional footballer.

Madonna’s fourth kid, Mercy James, is an athlete.  As Madonna puts it, a “timid” kid, Mercy enjoys taking part in various athletic events and enjoys photography compared with her other siblings. She is a decorated gymnast at her level and has made her mother proud, as every child should. In the legal procedure for the adoption of Mercy James, Mad

Madonna also had difficulty adopting Mercy James from Malawi, but she was finally cleared to adopt the child upon many appeals and legal filings.

In 2017, she told the PEOPLE that in the adoption of her first adopted child from Malawi, David Banda, she was termed a “kidnapper” in various newspapers. She said that she felt guilt for saving a life and cried herself to sleep many nights.

You might want to read about Gigi Hadid anxiety struggle

Welcoming twins into her life

Madonna’s fifth and sixth children are twin daughters Estere and Stella, who she also adopted from Malawi in 2017. The youngest daughters quickly took to their mom and had a very close bond with her, just like Madonna, her daughters to are into music.

“It’s inexplicable,” Madonna recalled her moment of first meeting the twins in Malawi. “It’s like saying, ‘Why do you fall in love with the people you fall in love with?’ You look into the eyes of somebody. You feel their soul, and you feel touched by them — that’s it.” She said they adapted to her and her family from the moment they met her and explained how it was like a divine play that was set to happen.

Kids who don’t brag about their famous mom

All six of Madonna’s children are very well aware of her fame. The twin girls are also aware of their mom’s legacy but are generally unaffected by it. “The older ones could care less, and the younger ones, they think it’s funny,” Madonna said in an interview. “Today, my 6-year-old twins said to me, ‘Mom, everyone’s always asking us if Madonna’s our mother. And we tell them, “No, Madame X is our mother.”  ‘

Madonna’s Dreams for her children

Like most mothers who love their children, Madonna has simple wishes for her kids. “I want them to be good human beings that treat other human beings with dignity and respect, regardless of skin color, religion, gender. This is the most important thing. Do you know what I mean? If they happen to be the next Picasso or Cristiano Ronaldo, then great, that’s just the cherry on the cake.”, said Madonna explaining her nurturing philosophy.

She said that her kids don’t have to be famous to be good people, and there’s nothing that makes her prouder than being a mom to these six kids.