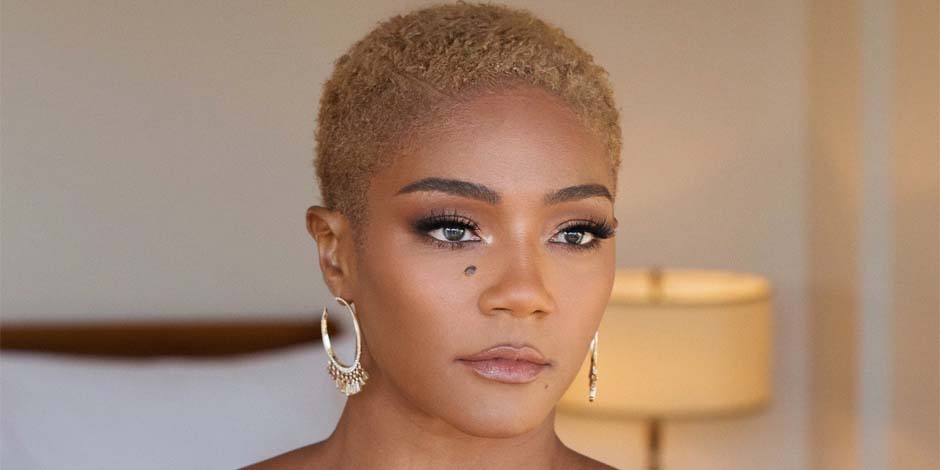 Emmy award-winning actress Tiffany Haddish who is set to portray the Olympic star Florence Griffith Joyner also known as the ‘the fastest woman in the world’ in an upcoming biopic, has recently shared how she is preparing herself mentally and physically for the challenging role that she is going to feature in.

Who is the biopic about?

Florence Delorez Griffith Joyner, also known as Flo-Jo, was an American track and field athlete who set the fastest record in the 100m and 200m races in the 1988 Olympics. Considered one of the greats of the athletics world, Flo-Jo is deemed to be the fastest woman on earth to date.

Tiffany Haddish recently appeared in an interview with People’s Magazine. She shared that she has always seen Florence Griffith Joyner as her ultimate body goal icon and is thrilled to play the late Olympian character in the movie.

Thrilled to play the part

The actress known for ‘Bad Trip’ shared that she had already lost 50 pounds as part of the preparation of her role last year and that it has helped her feel a lot better psychologically and physically too.

“And the main thing about the whole transformation is my knees feel like they’re happy. And when my legs are happy, Tiffany’s happy,” the 41-year-old artist added.

Tiffany Haddish, who has acted on multiple movies and TV shows, is also known for voice acting in animated films like “The Lego Movie: Part 2” and “The Angry Birds Movie: Part 2”.

Research and attention to details

Tiffany Haddish, who herself is producing the movie about the late track and field star, said that she has already been sampling a bit of the legendary star’s signature style, including her “daring and unconventional track outfits” and “her distinctive extra-long fingernails,” in preparation for the biopic which as of now remains untitled.

“Yeah. I have tried on some of the outfits, and I must say, I look pretty darn good in them. I had the long nails over the summer. We don’t have long nails right now because there’s a lot of typing that I’m doing; I’m in the process of writing my next book. So we need the fingertips so we can move quickly on the keyboard, but the nails will be back sooner than later,” revealed Haddish.

The actor, who will be soon seen on the big screen portraying the legendary track and field star who represented the United States at a national level in the 80s, said that Florence directly inspired her dietary and nutritional plans and that during the COVID 19 pandemic, she was much more focused and healthier than she was before.  “I had this thought that I want the body of Flo-Jo,” she said to People in November last year.

While announcing the project in June of 2021, an official release from the makers informed that Flo-Jo was, in fact, one of Tiffany Haddish’s heroes growing up. To help make the feature film more lifelike, The late athlete’s husband and former coach, Al Joyner, will also serve as a producer and creative consultant on the entire project.

Jonathan Fuhrman of Thunder Road Pictures will be serving as the executive producer, and Melanie Clark of She Ready Productions will also be supervising. Therese Andrews, Executive Vice President of the Production Department at GAME1, is fronting the entire project.

When tracks and field athletics were considered boring and a waste of time, Florence Griffith Joyner, famous as ‘Flo-Jo’ to her fans, helped popularise the sport with her record-breaking Olympic run and flashy personality and style.

Still holding the records for being the fastest woman of all time in two race categories that she set during her time are yet to be broken by any runner of any country, ever since.

Sadly, the American runner faced an untimely demise at the ripe age of 38 in 1998 after facing an epileptic seizure.

In addition to the biopic they are working on, GAME1 and Tiffany Haddish announced that they would be partnering on companion projects, including a documentary series and a podcast in days to come.

After wrapping up the Flo-Jo biopic, Tiffany Haddish will next appear in Paul Schrader’s mystery drama ‘The Card Counter’ alongside Oscar Isaac and Tye Sheridan, set to hit the theaters in September 2021.