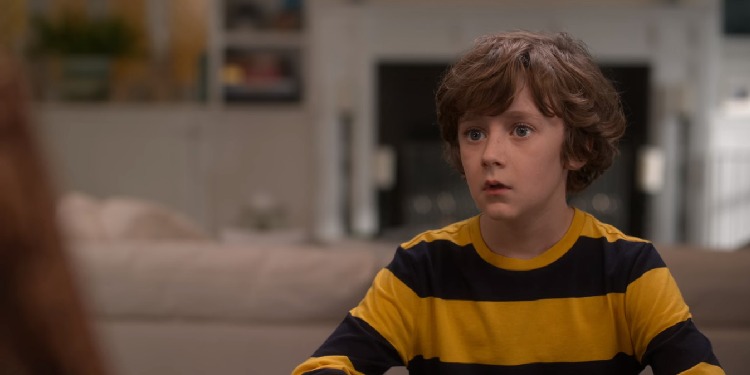 Luke Roessler is best known for his role as Dean in the 2019 American thriller/horror movie “IT Chapter 2” is an American actor. He was born on 28th March 2007 in Canada. The actor has shared no information about his parents, and what his parents did for survival. The only information we have about his family is that he has an older sister Milissa Roessler.

The actor has established himself with roles such as Jack in the TV series “Riverdale” (2019), as Henry Harding in the TV series “Dead to Me” and so on. And in the movie as Cereal Kid in the 2018 movie “Deadpool 2”.

Luke Roessler has always been a very active kid who always wanted to smile and act in front of the camera. This interest motivated his parents to try these skills in the entertainment industry. There is no much information about his educations and qualification. The only information about his education is that he is still studying and might have just completed his primary schooling.

His nationality is Canadian and is ambitious, persistent, realistic, sensitive, and disciplined like an Aries. He enjoys traveling, reading, singing, and writing. He prefers black, blue and grey color. Luke Roessler is a pet lover and his favorite destination in Europe.

How did Luke start his Career?

Luke Roessler made his television debut from the 2015 TV series “Hell on Wheels” where he played the character of William Bohannon and his film debut from the 2015 movie “Christmas Truce” where he played the character of Phillip Braun. This movie gave him immense recognition and his acting was appreciated and loved by the audience as well as the critics.

The actor has appeared in other several TV series such as the 2015 Tv series “arrow” where he played the role of a young boy, “the man in the high castle” where he played Otto Wegener. The following year he appeared as Little boy in the 2016 series “heartbeat”, as Owen Blaine in the TV series “motive” and as Young Norman in the series “Bates Motel”.

What kinds of Awards has Luke won?

This young actor at a very young age has achieved so much love and appreciation. Luke Roessler has also been awarded 5 awards and 22 nominations now. In 2018 he was awarded Joey Award in the category “best leading actor in a Tv movie” for his work in “miss Christmas”, and the same award in the category “best actor in a commercial short film age 8-10” for his work in “the robot”.

In 2017 Joey Award in the category “young actor in a TV commercial age 7-9”, “best young actor in a commercial voice-over role” for his work in The Wish writer and Pfizer-before it became medicine respectively. In 2016 he also received the same award in the category “best actor in a TV drama featured role age 8-13” for his work in “hell on the wheels”. The actor is yet to achieve so much and we hope he gets much love and appreciation, awards in the future.

This young actor is quite active in social media where he keeps updating his fans and followers about his life and his further plans. His Instagram account is @thatlukeroessler he has 56k followers and 129 posts. He is not active on Twitter.

How much is the Current Net Worth of  Rossler?