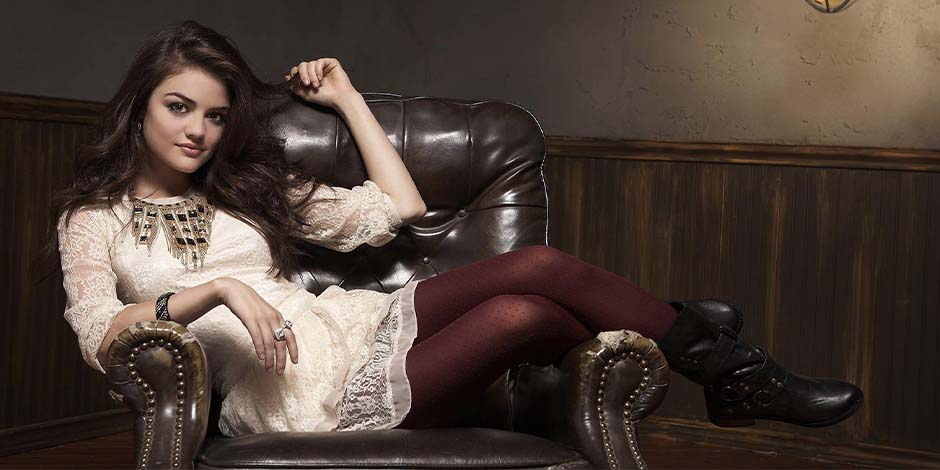 Karen Lucille Hale is an actress/singer/songwriter and a television personality based in America. She is widely known as Aria Montgomery in the 2010-17 series “Pretty Little Liars”. “Truth or Dare”, “Scream 4”, “Life Sentence” and The Sisterhood of the Travelling Pants 2” are her few other performances. She was also crowned as one of the participants of 2003 “American Juniors”. In her career of over fifteen years, the thirty-one years old actress has made an appearance in over ten films, two web series, a few music videos, and over twenty television series. She also has a studio album, a single, and few songwriting credits in her musical career.

Lucy Hale was born on 14th June 1989 to Preston Hale and Julie Knight, who is a registered nurse in Memphis. She has three siblings; one biological and two stepsiblings. She was homeschooled most of her childhood and took acting and singing lessons. 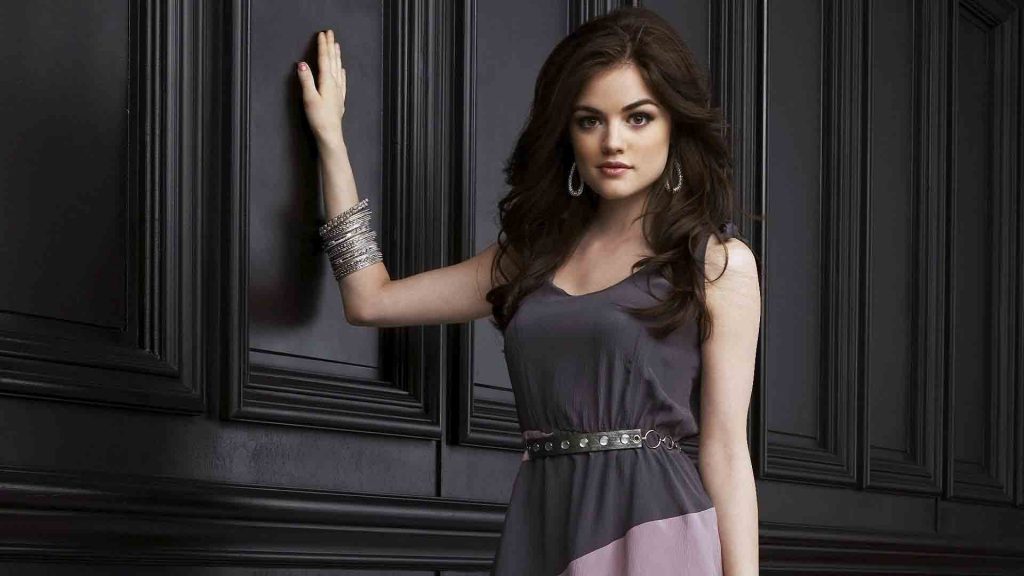 Lucy Hale’s first television appearance was from the 2003 spin-off reality show “American Juniors” as a contestant. She finished the show in the fourth place. She was then seen at “An American Idol Christmas” in the same year. Her acting debut in television was from the “Upperclassmen & Gross Biology Dissection” episode of the 2005 sitcom “Ned’s Declassified School Survival Guide” as Amy Cassidy. She was then featured in the episode “Theater Thug” of “Drake & Josh” as Hazel. She also made two appearances in the 2007 hit sitcom “How I Met Your Mother” as Katie Scherbatsky.

Lucy’s first lead television role was in the 2007 science fiction series “Bionic Woman” where she played Becca Sommers. She also played Miranda Hampson in “Wizards of Waverly Place” before taking the lead role as Rose Baker in “Privileged” in 2008. In 2009, she was seen in three different roles, Kristen in “Ruby & the Rockits”, Katie Parker in “Sorority Wars”; a television film, and Danielle Palmer in “Private Practice”.

She made a brief appearance in “CSI: Miami” and was featured as Aria Montgomery in the 2010 teen drama “Pretty Little Liars”. The series was received mostly positively by critics and had 7.4 IMDb ratings based on over 140k reviews. She appeared in “Punk’d” in 2012 and co-hosted Teen Choice Awards along with Daren Criss and David Dobrik in 2013 and 2019.

Her next lead role was in “Katy Keene” in 2020. “Day by Day”, “Baby Daddy”, “Life Sentence” and “Private Practice” are a few other shows where she was featured.

Lucy Hale’s first big-screen appearance was in the 2008 comedy-drama “The Sisterhood of the Travelling Pants 2” as Effie Kaligaris. The film performed average; both critically and commercially grossing $44 million against a budget of $27 million. She was then featured in “Fear Island” as Megan. In 2011, she made a cameo appearance as Sherrie in “Scream 4”. She also played Katie Gibbs” in “A Cinderella Story: Once Upon a Song” the same year. The film did not receive much positive response from the critics.

She was also seen in the voice role as Periwinkle in the 2012 animated film “Secret of the Wings”. She played Olivia Barron in the commercial success “Truth or Dare” in 2018. She was also featured in “Dude” as Lily, and “The Unicorn” as Jesse in the same year. “Trouble”, “Fantasy Island” and “A Nice Girl Like You” are her few other film appearances. She is also set to be featured in the upcoming film “Big Gold Brick” as Lily.

Hale was also featured in two web-series; “The Road Between with Lucy Hale” and “Lex & Los”. 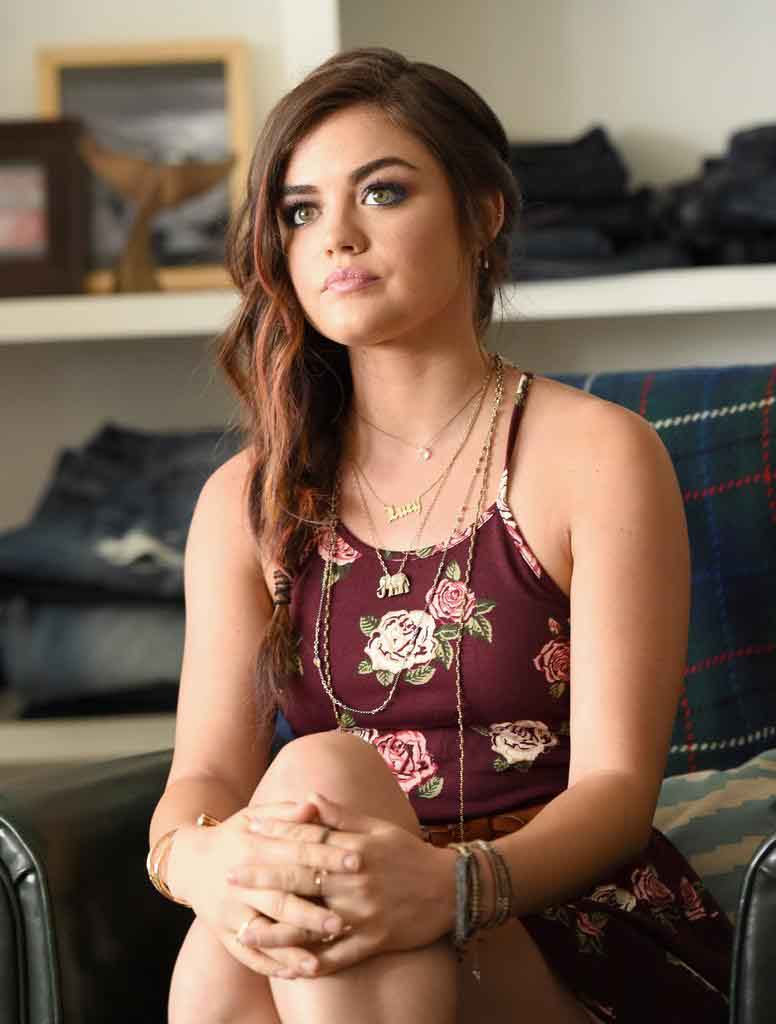 Lucy Hale made her studio debut from the 2014 studio album “Road Between” which made over 44,000 sales in the US alone. She had a tour planned in 2015 but was canceled later. She also has a few soundtracks in her name. Hale has also appeared in over fifteen songs as supporting singers including “My Strongest Suit” and “Love Ain’t Gonna Wait for You”.

She has also co-written four songs and made an appearance in songs od Foy Vance and Joel Crouse. She was seen in four music videos from 2011 to 2014.

In her career span from 2003 to present, she has been nominated in over fifteen award functions and has won eleven of them including a People’s Choice Awards and seven Teen Choice Awards.

Lucy Hale was previously in a relationship with David Henrie. Hale is of mixed English/Scottish/German/Irish descent. She loves photography and dogs. She had a dog named Bentley who died in 2016 and now has adopted another dog named Elvis. 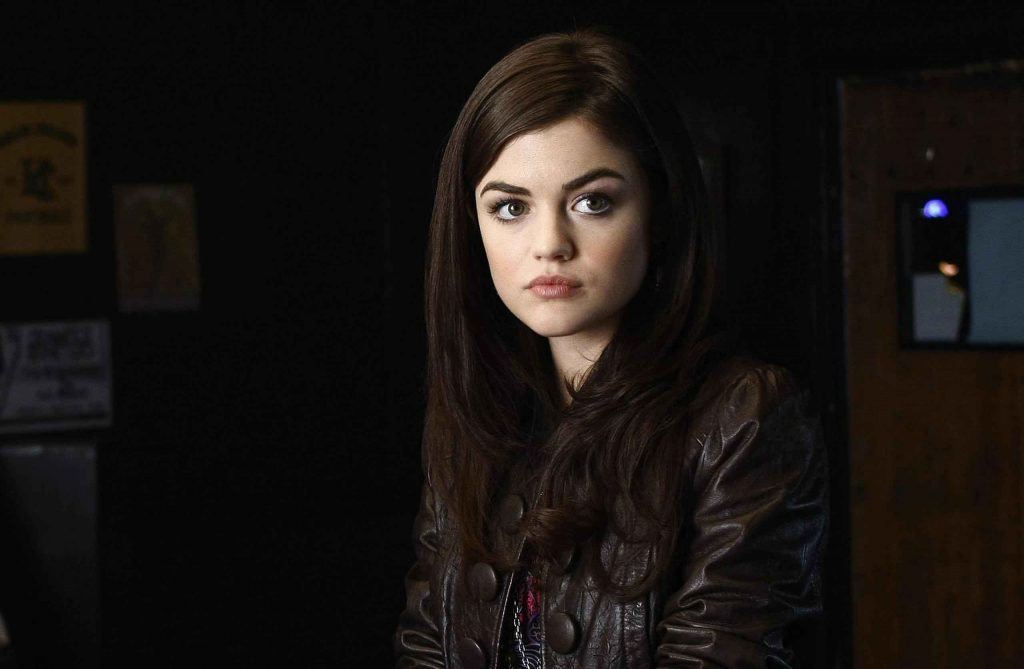 Lucy is five feet and two inches in height and weighs forty-nine kilograms.

According to celebritynetworth.com, Lucy Hale has an estimated net worth of about $6 million. She was paid a salary of $42,000 per episode in “Pretty Little Liars”.