Leslie Bibb is a beautiful and professional model turned actress from the United States who transitioned into acting after her successful modeling career. She is known for her numerous appearances in hit films and television series like Popular, Iron Man, Jupiter’s Legacy, and so on.

Leslie Bibb was born on 17th November of 1974 in North Dakota, Bismarck of the United States. Her full name is Leslie Louise Bibb, and she is the youngest daughter of the family. Her single mother raised her as her father died when she was just three years old. In Richmond of Virginia, she studied in Saint Gertrude High School, a Catholic private school for all-girls with her three older sisters.

Growing up, Bibb started her career as a model. She was chosen as a model when she was 16 years old by famous model agencies and celebrities. After being selected, she signed the contract with the model agency and modeled various favorite magazines like L’Official, Cosmo Girl, Stuff, Paper, and others. She also appeared in multiple commercials during her early years. 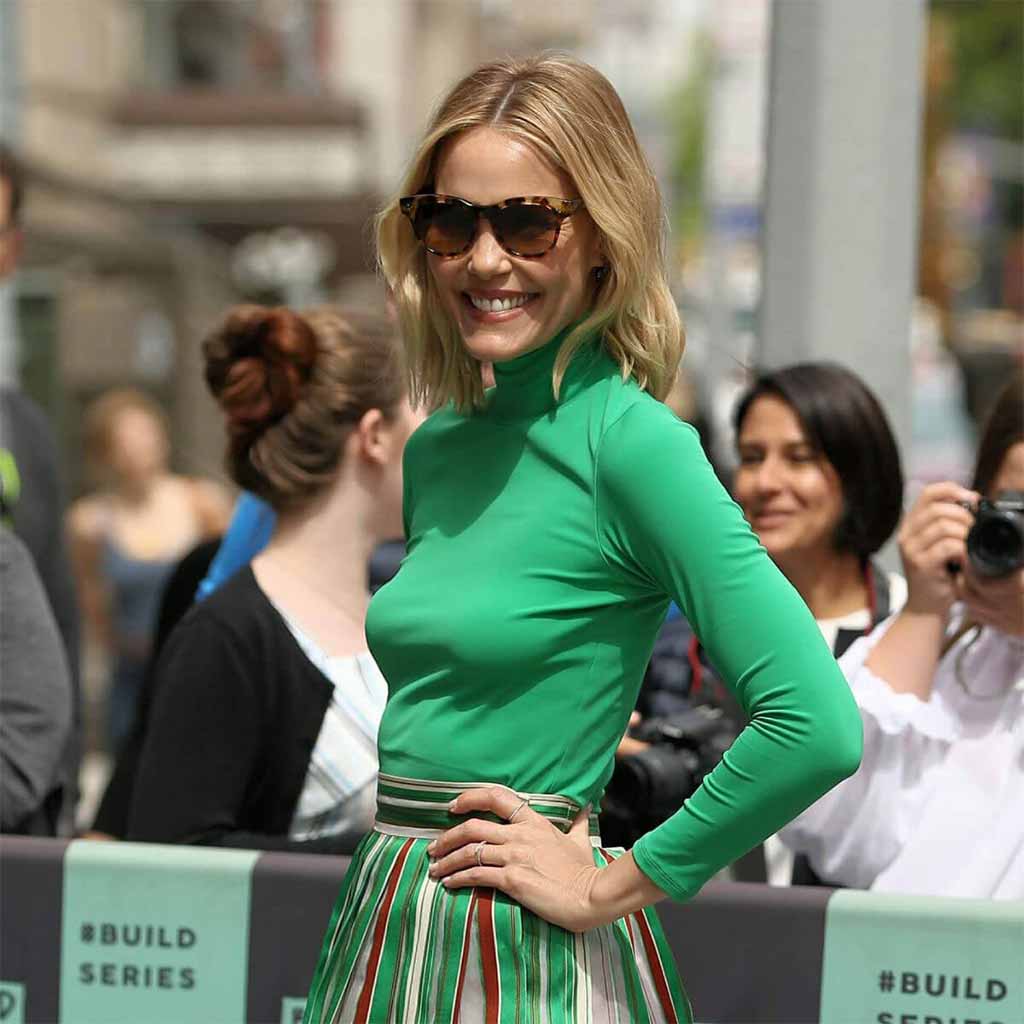 Leslie Bibb made her film debut in 1997 after completing her appearance in the American biographical comedy film called Private Parts as your guide. The same year, she made her appearance in Gordon Boos’s drama romance film Touch Me as Fawn. In 1999, she portrayed the character of Summer in the movie This Space Between Us, and she dropped her first leading role in Rob Cohen’s thriller film The Skulls, where she portrayed the character of Chloe Whitfield in 2000. She also appeared in the movie The Young Unknowns as Cassandra the same year.

After that, she appeared in the film See Spot Run in 2001, Wristcutters: A Love Story in 2006, Talladega Nights: The Ballad of Ricky Bobby, Sex and Death 101, and in a short film called My Wife Is Retarded as Julie. In 2008, she won the role of fictional character Christine Everhart in the hit superhero film called Iron man. She again appeared in the series Iron man 2 in 2010. That year, she was cast as the main female lead character in a black comedy film called Miss Nobody. In the movie, she portrayed the character of Sarah Jane McKinney, and her performance won her first Best Actress Award at the Boston Film Festival. 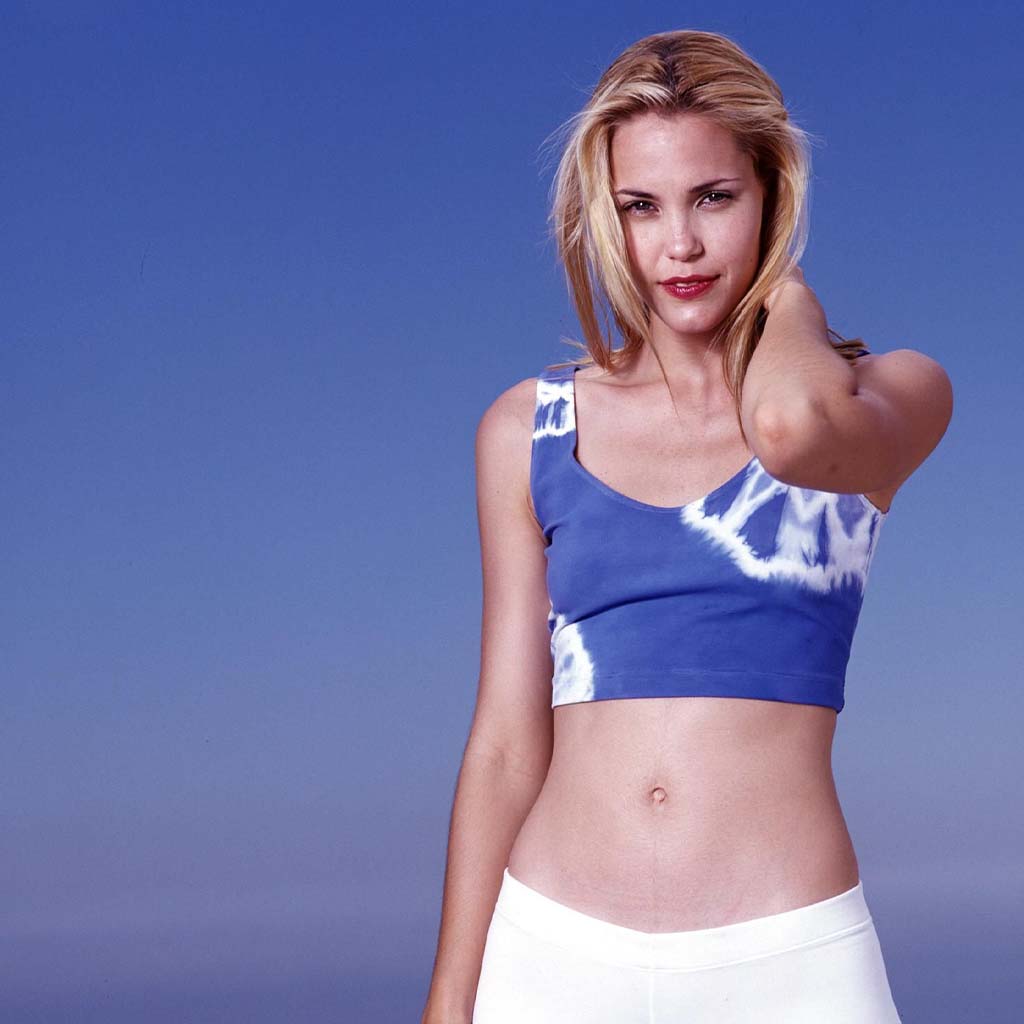 Leslie  Bibb made her television debut in 1996 by appearing in an episode called “Wheels of Fire” is an American crime drama series called Pacific Blue as Nikki and in an episode of tv sitcom Home Improvement as Lisa Burton. In 1997, she dropped the central role in the crime drama series called The Big Easy in its second season as Janine Rebbenack.

In 1999, Bibb made her breakthrough from the American teenage comedy series Popular as the main cast Brooke McQueen. Her performance won her Teen Choice Award for Television Choice Actress and Young Hollywood Award nomination for Exciting New Face – Female. She then played the main cast in other television series like Line of Fire as Paige Van Doren, Crossing Jordan as Tallulah “Lu” Simmons, GCB as Amanda Murphy. She received a recurring role in the 2014 drama series, About a Boy as Dakota. She was again cast for the leading role Salem Rogers: Model of the Year 1998 and Jupiter’s Legacy as Grace Sampson, which will be released in 2021.

Leslie Bibb has also played the lead role in the web series called WHIH Newsfront as Christine Everhart, which was premiered in 2015 and ended in 2016. In 2016, she played a recurring role in the first season of Rhett & Link’s Buddy System as Aimee Brells and made her guest appearance in its second season.

Talking about Leslie  Bibb’s personal life, she is currently in a relationship with an American actor Sam Rockwell. They started dating in early 2007 after meeting during the film set of Frost/Nixon and are still living together connections. Bibb was committed to Rob Born, who was an investment banker. Unfortunately, they parted their ways just after a year of their marriage in 2004. Bibb does not have any children of her yet.

Bibb is a dog lover, and she owns two dogs in her home. Besides that, she loves collecting antiques and adventurous things like biking and hiking. She also has a nickname called by her friends, The Bibbster or Lulu. Bibb is also an active social media user. She has an Instagram account with over 116 thousand followers and 36.3 thousand followers on Twitter. She can be connected through @mslesliebibb in both of her performances.

Leslie Bibb is a beautiful lady with a height of 5 feet and 8 inches with a bodyweight of about 57 kg. She has a banana shape figure, and her body measurements are 35-24-36 inches. When it comes to her physical appearance, she is quite conscious, and she also once confessed how she wanted to have more giant boobs and hips. As a former model and fashion figure, she keeps her diet in check.

Bibb has an American nationality, and she belongs to the white ethnicity. She possesses natural blonde hair and green eyes. Her zodiac sign is Scorpio, and her sexual orientation is straight. 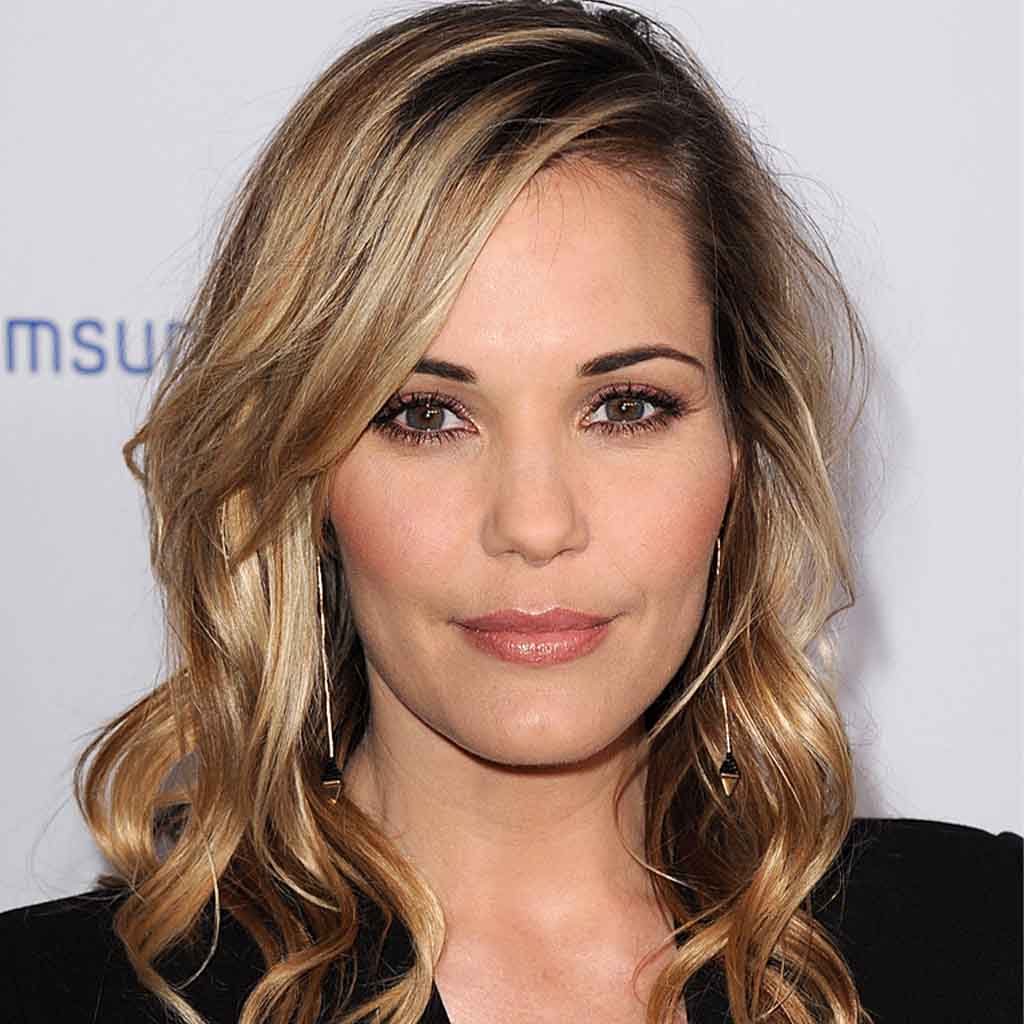 Leslie Bibb’s net worth as of 2020 is estimated to be around 4 million dollars. she earns millions from modeling and mostly from her acting career. She has also endorsed various famous brands, which add extra to her earnings.