King Vader is renowned as an American social media star. He gathered popularity on Vine by taking everyday situations and making them as dramatic as possible.

King Vader amassed more than 500k followers on his Vine account before the app was shut down. Afterward, King later became famous on Instagram with millions of followers. He is also on YouTube with millions of subscribers.

King Vader was born in 1997, on April 18. Vader hails from Chicago, Illinois, United States of America. Currently, he is 25 years old as of 2022. Vader was born with the birth name Dominique Barrett.

Unfortunately, King has not shared information regarding his parents.  However, we know that he grew up with his two brothers.

Furthermore, Vader has not shared information regarding his educational background. However, we assume he might have completed his higher education at a reputed university near his hometown.

King Vader first gained recognition when one of his skits went viral on Vine. By the age of 11, King had moved from Chirico to Maryland. King was encouraged by his older cousin (who is now his manager) to appear in short films and home videos.

In high school, Vader decided to experiment with short Vine videos. The skit grew in popularity, gaining up to 500k subscribers. Vader has also appeared in Comedy Central and Tosh.0. He received several positive feedback, and his career in video creation began.

However, he had to rethink collecting an audience after the app shut down. Soon King joined YouTube and Instagram to connect with the public.

As of 2022, Vader has 2.72 million subscribers on YouTube. He also runs another YouTube channel called “Wolf Graphic” to show cast the members’ acting, comedy, and music production talents. The group consists of some of his childhood friends from Maryland.

You might also want to know about Sherri Saum.

Wolf Graphic is a movie production with a crew full of diversely talented individuals. Members of the group create sketches, and short films, perform in the lounge and are also involved in music production. They joined YouTube on November 1, 2014, with 40,514,732 views.

King Vader is known for a specific parody video, including cartoons, superheroes, movies, and TV shows. One of his most viewed videos on YouTube is part of Hood Naruto’s series.

Furthermore, King featured as the character Verin in the adventure drama TV series More Than Just Me. 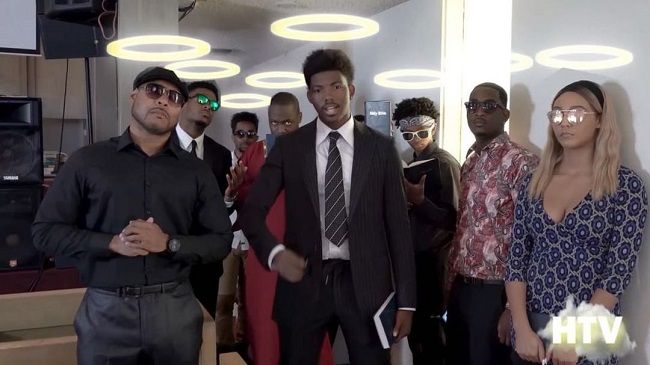 King Vader is one of the youngest African-American directors to work with a streaming network. Vader has teamed up with Netflix to create a mini-series titled Netflix Dreams. The story is about a young viewer called King Vader who falls asleep watching The Umbrella Academy. The mini-series was first published in 2020 and on January 5, he announced his newest collab with Netflix, The Witcher.

Is King in a Relationship?

King Vader is currently single. He has gathered his name and fame through his YouTube channel. King is focusing on his career rather than being in a romantic relationship. Vader prefers to keep his personal life away from the media.

King Vader is renowned as YouTuber. Vader has done such a great job in his career as a youngster. King has gathered such a massive amount of money throughout his career.

Vader estimated net worth is around $393k. King gathered such an amount of money through YouTube and merchandise.