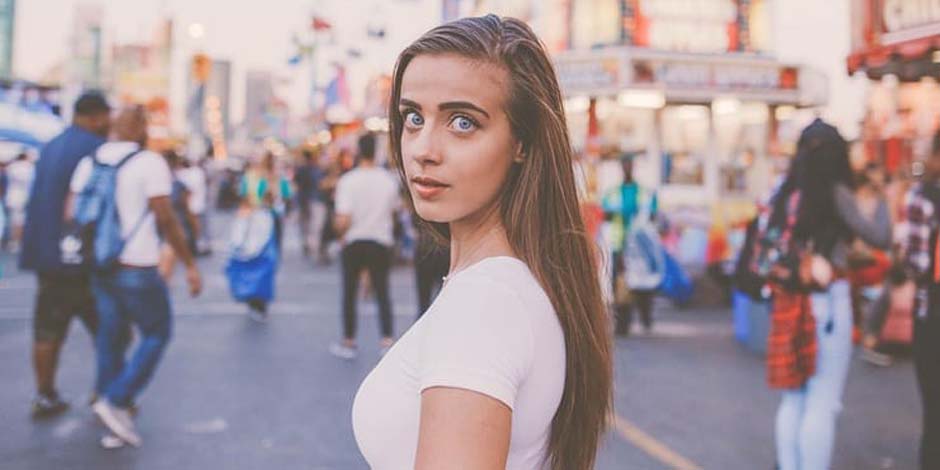 Julia Tomasone is a young and talented Canadian actress. She rose to fame for her character as Bianca Blackwell in the series “Backstage.”

Julia has also featured in different movies and series such as Kiss and Cry, Life with Derek, and many more.

You might also want to know about Kashmira Bulsara

Julia Tomasone landed in the world in 1998, on August 3. She has hailed in Richmond Hill, Ontario, Canada. She is presently 22 years old in 2021. Julia is Marianne Virdiramo (Mother), but she has not provided information regarding her father.

Julia Tomasone has grown up with her two younger sisters, Kristen, and another name is not disclosed. Julia has shared their childhood picture with her family, including her father, mother, and sisters.

Julia Tomasone has not disclosed her educational background until now. Looking after her age, she might be a University student or may have completed her study. She is found of soulful singers; some of her favorite are Shania Twain, Adele, Celine Dion, and many more.

Julia Tomasone is a well-known actress and singer. She was known for her character as Bianca Blackwell in the Disney Channel series “Backstage.” In this backstage series, she has worked with Alyssa Trask and Aviva Mongillo. Later on, they became good friends.

Julia Tomasone has also seen in a minor role in the television movie “Victor” in 2008. She has featured in an episode of Life with Derek. Julie has played a role in the spring of 2017 film Kiss and Cry. She has worked opposite Sarah Fisher, Luke Bilyk, and Chantal Kreviazuk.

Julia has played the role of Samantha Allison in Kiss and Cry, Dylan in Dark Haven High, and Rachel in Connor Undercover. Tomasone has also created a YouTube channel with co-star Matthew Isen called “Julia & Matthew.  But until now, they have uploaded only one video in July 2020 after four years of joining. She is good at poetry and usually shares her penned pieces on her Instagram account.

You might also want to know about Mark Kriski.

Julia Tomasone is in a relationship with Matt Conte. Julia has uploaded pictures with her boyfriend on her Instagram handle. She has uploaded their first picture in mid-July 2019. Julie has also shared photos of attending games, parties, exercises, bars, celebrating festivities and gatherings.

Julia and Matt are linked with Brazilian Skater Kevin Alves and Canadian Actor Colin Petierre. Julia has maintained such a good profile until now. She has not been to any rumors and controversies.

You might also want to know about Daniel Zelman.

Julia Tomasone is an actress. Julia has done such a tremendous job in her career, and many more to go. Julia’s approximate net worth is around $1 million to $5 million as her net worth.

She gathered her earnings from her profession as an actress. In addition, she added some amount from brand endorsements, partnerships, model projects, and other income-generating activities.