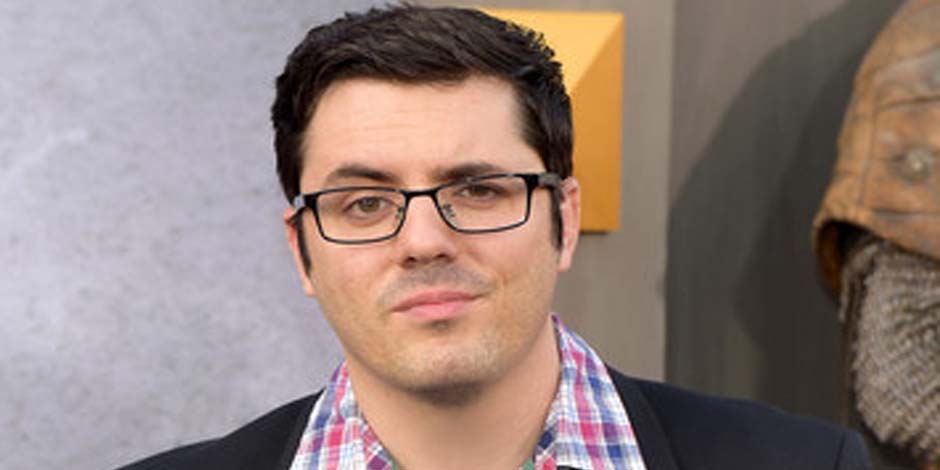 Joshua Ovenshire is a well-known YouTube Gamer. He is known his YouTube channel name SmoshGames. Ovenshire has gained reality fame as a competition king of the nerds.

Joshua Ovenshire was born in 1987, on May 18. He was born in California, the United States of America. Currently, he is 34 years old as of 2021. Joshua has not mentioned his parent’s details till now in the media.

Talking about his educational background, Joshua Ovenshire has not mentioned his educational journey in the media. However, looking after his age, he might have finished his graduation from the reputed University near his hometown. He was also a part of the high school flag team.

Joshua Ovenshire is a well-known YouTube gamer. Ovenshire has belonged from SmoshGames, Host blogger, Gamer, and VO artist. Joshua also shared his ideas and experiences about movies, Comics, Video Games, and all things in Greek.

Joshua Ovenshire started his YouTube journey debuting from a Video-gaming series Mahalo Games. He has also hosted his game series named Clevver Games. His audience loves to see him with the co-hosts Lasercorn and Sohinki.

Joshua Ovenshire has also hosted the reality TV show “King of the Nerds” Season 1 in 2013. He joined the YouTube channel in 2012, on October 6. Joshua uploaded his first video in 2013, on January 18, name Welcome to the Jovenshire’s channel. Ovenshire has gathered more than 328,925 views to date.

Joshua has posted blogs on his channel such as The Origin story –Jovenshire blog, Smosh games guys in a shower- Jovenshire blog. He has also published videos related to Magic the Gathering Arena, Where To Start? Marvel strike force update, married life, unpopular kids, mashups, and many more.

Joshua Ovenshire has gathered more than 439k subscribers and listed his name amongst the most prominent and established YouTube gamers on the web. Joshua has also seen in the WonderCon, dressed as Wolverine in 2013. Ovenshire has also attended the YouTubers grand festival video convention, where he performed the famous track Call Me Maybe.

Joshua Ovenshire has also featured in the TV series Honest Game Trailers. He is also known for his acting, writing, and editing. Joshua has also been noted as one of the editors of the thriller series 8.13 in 2010. Ovenshire has also pursued a career as a voice artist. He has done voice-over to a DDC announcer pack for the mobile game “Jetpack Fighter.”

Joshua Ovenshire has done voice-overs for some characters like Baron Zemo, and Bucky Barnes, and others. Joshua has also featured in the web series The Walking Dead.

Talking about his Gaming channel SmoshGames, he has associated for a long time. People used to love Joshua while working with his co-host Lasercorn and Sohinki. Moreover, he has gained such an incredible fan following from the series Game Bang.

Joshua Ovenshire is a happily married person. However, he has tied a knot with Katherine “Kate” Bow. She is a well-known hair and makeup stylist. Joshua and Kate first met in the Tinder app in 2014. After that, they became friends and later got engaged in September 2016. Later on, after one year of engagement, the duo tied a knot in 2017, on September 30.

Joshua has also dated American TV personality actress and comedian Erin Darling in 2013. Sadly, their relationship ended with separation due to some reason.

Joshua Ovenshire news and his wife have shared their pregnancy through a social media account sharing a photo of his wife showing reports in 2019, on October 25.

Joshua Ovenshire is very fond of Tattoos. Joshua has inked his body with different tattoos all over his body with specific meanings. Ovenshire’s first tattoo was on his right arm. It was inked in Japanese letters, stating, “Don’t fear your decision.”

Joshua Ovenshire has his second tattoos on his left wrist of vampire fangs. He has the inked Batman logo near his second tattoo, which indicates his immense affection for the superhero. Joshua also has Star wars franchise character, the Mandalorian or the Boba Fett Crest, on his right calf. In addition, he has the most prominent tattoos on his spine. He has inked a large sword and symbolizes strength.

Joshua Ovenshire is a well-known Youtuber. Joshua has done such a tremendous job in his career. Joshua has earned such a massive amount of money through his profession. His estimated net worth is around $14 million. Ovenshire adds some amount from acting, writing, and others.

Check out some interesting facts about celebrities’ Careers, Lifestyles, Relationships, Latest net Worth, and many more on Global Stardom.