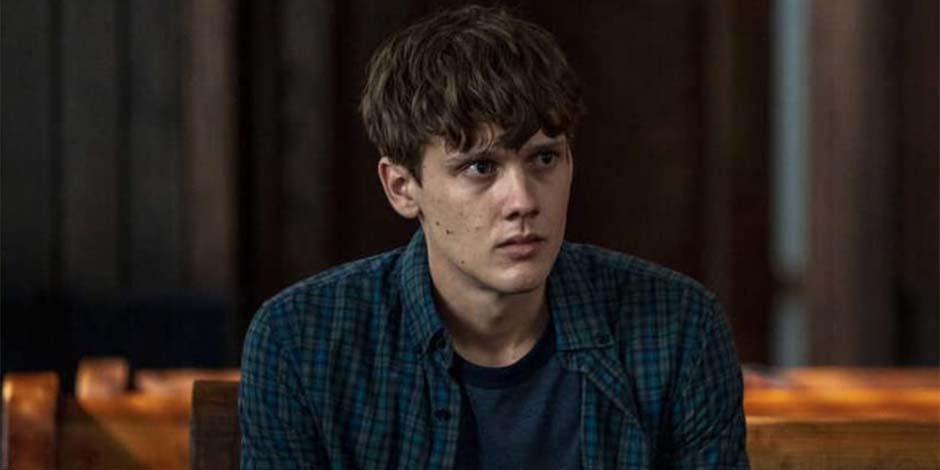 Hunter Doohan is a well-known American actor and writer. He is also known for his performance in the American film Sound wave and television series Truth Be Told and Your Honor.

Hunter Doohan got an opportunity to work in several short movies like It’s supposed to be Healthy After You’ve Gone, Dirty Bomb, Mosh Opera, and Far from the Tree.

Hunter Doohan was born in 1994, on January 19. He was born in Fort Smith, Arkansas, The United States of America. Presently, Hunter is 27 years old. Doohan was born with a birth name Hunter Haven Doohan. Hunter grew up in most parts of Southern America, such as Alabama, Georgia, and Arkansas.

Hunter Doohan is the son of Peter Doohan (Father) and Angie Harper Carmichael (Mother). His father was a well-known tennis professional and coach who worked at ATP tour, and his mother works as a Weight loss consultant at Metabolic Research Centre.

Unfortunately, his father demises due to ALS Lou Gehrig’s disease in 2017. Doohan has grown up with his brother name John Doohan (Ozark Tennis Academy).

Hunter Doohan was fond of acting since childhood. During his high school, Hunter spent most of his time in the drama department until graduation. He has also discovered a local community theater, where he started his acting journey from the stage performance.

After his graduation, Doohan transferred to Los Angeles. In the beginning, he planned to attend Oklahoma City University to pursue a BFA in the theater. However, during summer high school, he has also taken an internship with Elizabeth Barnes, a casting director in Los Angeles.

After that, Hunter decided to have a manager and put his college at stay. Later, Hunter pursues two-year acting classes in Santa Monica before taking other acting courses for the next two years, working his day jobs at processing.

Hunter Doohan started his acting career from stage performance in the theatre. After that, he made his debut with the American short “Lost Pursuit in 2012 as Dreamer.

He had also worked in the short movie grace in 2013. His excellent performance and hard work paid off, and he got an opportunity to work in several short movies like It’s supposed to be Healthy, After You’ve Gone, Dirty Bomb, Mosh Opera, and Far from the Tree.

Doohan has made his television debut from the movie The Other Client List playing the role of Lemonade Man in 2015. Hunter has also performed in the American series Coffee House Chronicles, Aware I’m Rare, Schooled, What/if, and West world.

In 2019, Hunter Doohan’s first significant TV role was cast as the teenage version of Warren Cave in the TV series Truth Be Told. After that, he made his breath through with his leading role of Adam Desiato in the ShowTime Miniseries Your Honor in 2020.

Hunter Doohan is currently in a romantic relationship with Fielder Jewett. Hunter is gay. He got engaged in 2020, on December 31, with his long-term boyfriend Fielder. Other than this, there is no further information regarding them.

Hunter Doohan is a well-known actor. Doohan has done such a tremendous job in his career. Hunter has appeared in several movies and TV shows and also published several short films. Doohan estimated net worth is around $3 to $4 million.

Check out some interesting facts about Celebrities Careers, Latest Net Worth, Relationships. Lifestyles, and many more on Global Stardom.